The creator and cast of NBC’s Revolution dropped big hints about what we’ll discover in the upcoming Season 2 at the San Diego ComicCon in July. One major change for the series is that it will now be on Wednesdays (beginning Sept. 25, set your DVRs accordingly), at 7c/8e. Thought the day and time hay have changed, Eric Kripke, Revolution’s creator, said that the tone of the show will be “more violent. The characters lead short and violent lives. They have to embrace the edge of it.” NBC said to keep the same show, despite the move to what is generally seen as a more “family-friendly” time slot. Another change Kripke wanted – the cast looked too clean in season 1, and he promises they’ll be “dirtier” in S2. (I always wondered how Miles kept his sideburns so razor sharp…) 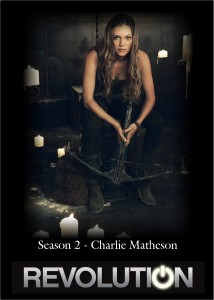 Kripke, who also created Supernatural, said, “This is the hardest show I’ve ever worked on by a mile. It’s great to play out the story line- whetheror not you should flip a switch… turn it on for a little bit, then off again. Now it’s off forever. How do you live in this world?” 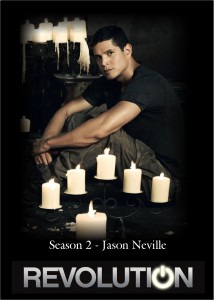 At the end of Season 1, viewers may have thought our heroes were going to stop the nukes targeting Charleston and Atlanta, but Kripke is quick to say that they didn’t. “We go back to basics. A powerless world is really fascinating.” He suggests that some reality may have been changed by the switch being flipped at the Tower – the lightning at the end of the S1 finale points to some basic law of nature being changed. Certain laws of physics have been altered. 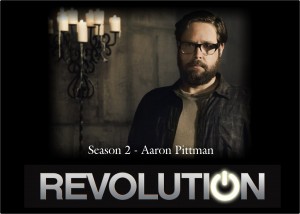 Who are the Patriots?

Also at the end of the season finale, we see a group of “Patriots” come up from Cuba, claiming to be Americans, but Kripke says they aren’t. “What do the ‘Patriots’ want?” Kripke wouldn’t reveal anything about their motives, but said they’re using the iconography of “patriotism” as a mask. Rather than just showing a war, he wanted a villain with an unfolding conspiracy. Dark, fever dream nightmares – we’ll be watching how far back and how deep the conspiracy goes. “This is the battle for the future of America. It’s about God, fate, being chosen, being family. It impacts the Miles/Monroe relationship – this is a villain who is so bad, really bad, BIG bad that good and bad – Miles and Monroe – have to come together to fight the real villain.” You’ll see Miles and Monroe “kicking ass together. This allows us to follow a mystery, characters and concepts rather than just ‘running and gunning.’” 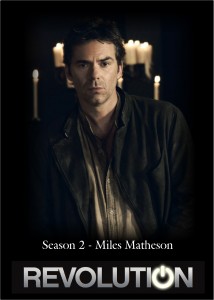 One new character this season is Rachel Matheson’s father, played by Stephen Collins. There’s also a new set – the show will be filmed in Austin, TX. Ben Edlund, one of the show’s writers, said the move to Austin will make this a more settled season, rather than a “road” show. The Texas Rangers make an appearance.

Several characters the audience was invested in were killed off in S1 – Kripke says this is a very specific story tool. “When a world is as dangerous as we want this world to be, you can’t play by the rules. You need to prove once in a while that the world is really that dangerous.” 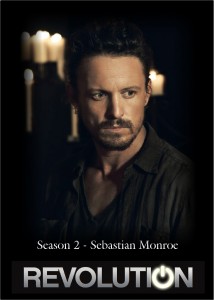 “Season 1 – it was a lot of story about a light switch. Season 2 – let’s take the pendants and the Tower off the table. It’s always been a show about family and hope and love. Now they can move toward each other, and now we can make it about all these fascinating things and not be so obsessed about the power. So now you’ll see a much more intimate design in S2, a much more interesting expanse of canvas about what these storylines can be. Let’s stop talking about the power and start talking about this world.” 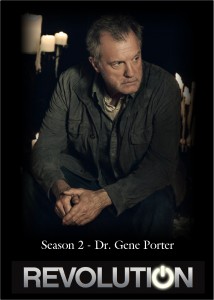 Tracy Spiridakos (Charlie Matheson) talked about her character, saying that Charlie’s off on her own trek. It has a different feel – dirtier, grittier. Rachel and Charlie have damaged feelings for each other – Rachel’s choice to let Nora die at the Tower (in an effort to try and avoid the nuclear explosion) was the last straw for Charlie. She’s excited to see where she goes with nobody to bail her out, excited about a chance to use the fighting skills she learned from Miles, and to use her wits. Tracy feels that Charlie’s moral compass is a bit off, and Miles is her one good thing left. 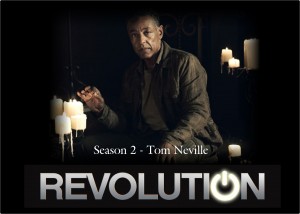 JD Pardo (Jason Neville) is excited about the show moving to Austin. He thinks Jason’s over Charlie (really?). “There was obviously a connection in the beginning, but what happens when you break up with someone – you keep running into them all over the place.” Jason realized he had to be on his own side when Charlie and Miles closed the door to the Tower on him. He goes with his father, but wants to find the truth.

Billy Burke (Miles) says that Miles denied so many things about himself for so long. He carries around all this love that he doesn’t know what to do with. On the surface, he looks like a selfish bastard, but he is really selfless. “I have a lot of fun with the swordfighting.” We saw just a hint of a Rachel/Miles relationship – a bond that both of them would just as soon deny. But the bond is ongoing – we see in the first episode of S2 that Miles and Rachel are forced to remain together. 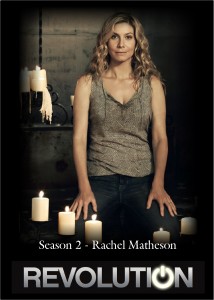 And what about Monroe? We don’t know much more than that he will be fighting like a “circus performer in ‘New Vegas,’” but we’re sure he’ll be a major player in the coming season.