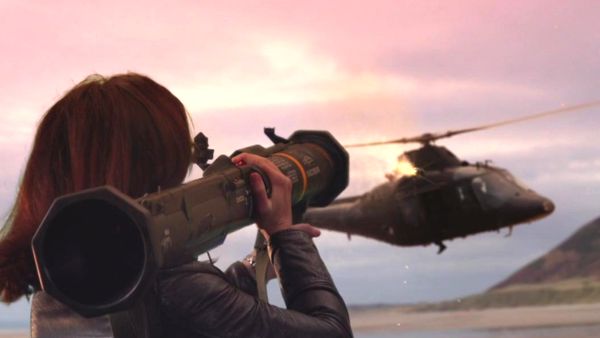 What if you could live forever?  Everyone has probably wondered about that at one time or another.  On the surface it might seem like a pretty good deal, but Torchwood: Miracle Day is going to change your mind.

Convicted pedophile and murderer Oswald Danes, played to creepy perfection by Bill Pullman, is shown being put to death by lethal injection.  At about the same time, CIA operative Rex Matheson gets impaled through the chest by a piece of pipe that broke loose from the truck that was carrying it.  Neither man dies.  In fact, reports begin to come in from around the globe that not a single person has died in the past 24 hours. 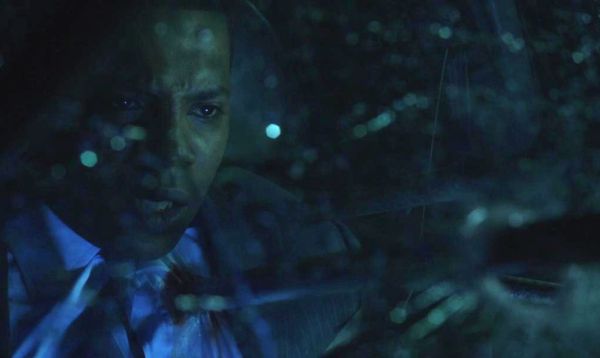 The press have dubbed it “Miracle Day.”

In the midst of this unbelievable revelation every government agency in the US receives an untraceable email containing just the word “Torchwood” and nothing else.  Just as quickly as these mysterious messages appeared, all information about Torchwood disappears from every known source.  Esther Drummond, an analyst who works with Rex, takes it upon herself to try and dig up something on the now defunct organization.

Esther digs through CIA archives and finally locates one folder on Torchwood.  She sees pictures of Gwen and Jack, but about that time a shadowy figure appears at the end of the hallway.  It’s Jack and the two of them run from some people who are there to kill Jack.  A wounded attacker detonates a bomb vest he’s wearing, but Jack and Esther escape by jumping out of a window and into a fountain.  Jack tells Esther all about Torchwood and how he’s responsible for deleting all the information about it, but that he has no idea who sent the mysterious email.  Finally, he drugs her with “Retcon,” an amnesia drug that will make her forget the incidents of the evening. 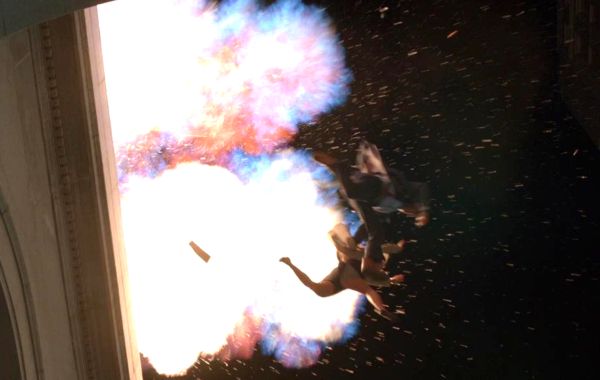 During their conversation Jack notices he hurt his arm during the escape.  Esther doesn’t get the significance, but Jack’s injuries should’ve healed themselves and they didn’t.  It seems something’s changed for everyone, even Jack, though in his case it could be fatal.

Posing as an FBI agent, Jack gets into the hospital where Rex is recuperating.  He accompanies Dr. Vera Juarez to the morgue where they have the remains of the bomber who had earlier tried to kill Jack.  Though literally blasted to bits and charred beyond recognition the man is still alive.  Jack suggests they try removing the man’s head, but even after doing so the man still lives.  The doctor in charge states that nobody on this planet has the technology to change everyone in such a drastic and fundamental way.  Nobody on this planet… 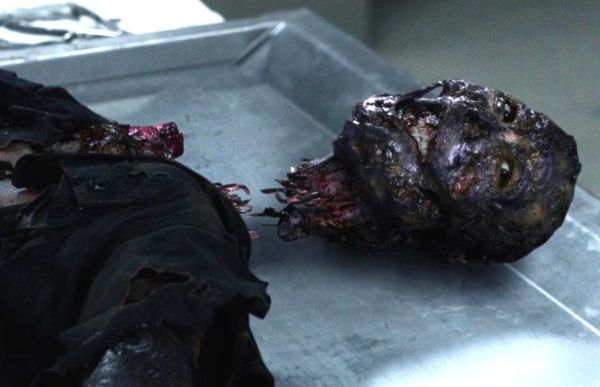 The catch in this situation is nobody ever gets better, they just don’t die.  It’s really a living hell.

Gwen and Rhys are hiding away in a remote seaside cottage in Wales with their infant daughter Anwen, but come out of hiding when Gwen’s father has a series of heart attacks.  They soon realize the lack of deaths along with the birth rate will cause an unsustainable population explosion.

Esther may have been given amnesia by Jack, but that didn’t seem to slow down her investigation one bit.  She and Rex figure out that the one word email was sent at exactly the same time the last death was recorded.  Rex immediately leaves the hospital and boards a flight for the UK to find Gwen Cooper whose location was discovered by Esther’s investigation.

Rex is not at the cottage very long when they’re fired upon by unknown individuals in a helicopter.  This is where Torchwood wins the award for “Most Adorable Gunfight” when Gwen fires back at the attackers while holding baby Anwen who’s wearing a pair of pink ear muffs…and smiling during the firefight!  It’s the shoot-out that will melt your heart. 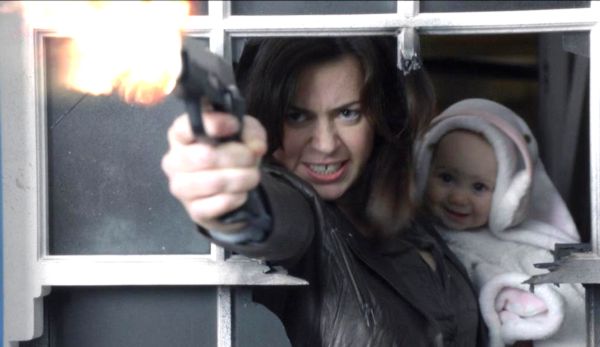 In true Jack Harkness fashion, the man himself shows up to help the others escape.  He’s brought some fun toys along, too.  Gwen uses a bazooka to take down the helicopter in a flaming explosion while Rex mutters, “Wales is crazy!”  I’m sure that’s not a typical day in the countryside, but in this instance he’d be correct.

Once they’re safely away and near the tower under which the old Torchwood headquarters used to reside, the police arrive.  It seems Rex has decided to take the remaining team back with him to the US to help in the investigation whether they like it or not.  But by force or not, Jack and Gwen would jump head first into this mystery. 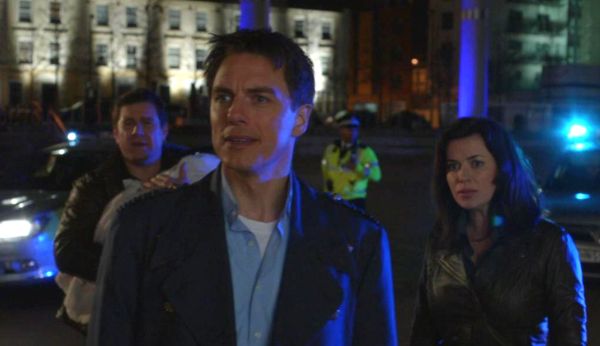 But what exactly is the nature of this mystery?  Suddenly nobody dies and Jack seems mortal.  On the surface it seems like a swap, but if all of humanity had what Jack had they’d heal almost immediately.  Instead, what they’ve got is immortality without a healing ability while it seems Jack is the only human being on Earth who can actually be killed.

Tune in to BBC America Saturday night at 9/8c for the remaining 9 episodes of Torchwood: Miracle Day.