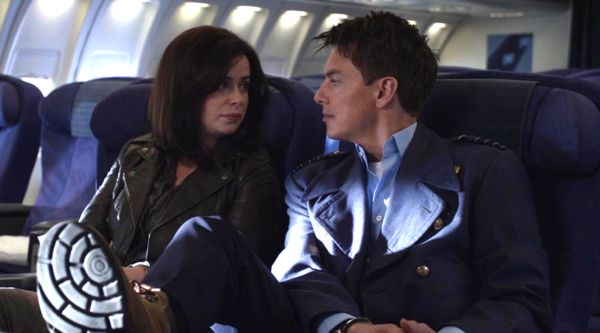 Jack and Gwen are taken to America by Rex, leaving Rhys behind with baby Anwen.  Esther tries to connect with CIA officer Brian Friedkin (Wayne Knight) because he was handling the Torchwood incident, but he takes a slightly patronizing tone with her.  As soon as she leaves his office he begins looking at her CIA files.  Newman’s up to something devious, as usual.

Onboard the plane, Jack tries to explain to Rex that the amazing thing really isn’t that nobody’s dying, but that it happened to everyone at exactly the same instant.  He says it’s because of “morphic fields” which, after a little digging, I found is a theory proposed by Rupert Sheldrake that says living systems are interconnected by a sort of collective memory.  Jack says the significance of this event is that it’s happening on a scale he’s never seen before, the source of which is the real mystery to be solved. 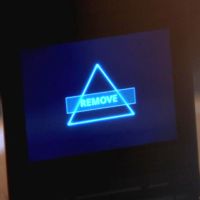 Naturally, there’s a mole on the plane.  CIA agent Lyn Peterfield (Dichen Lachman) sits quietly listening in as she emails Newman, er, Friedkin about the concept, suggesting they research it.  Friedken sends a text message on a red cell phone that has a mysterious, rotating triangle symbol on the screen.  In moments he receives a one word reply, “Remove.”  He relays this message to Peterfield who poisons Jack’s cola, classic spy style.

Oh, but a poisoning on a plane is just the tip of the rapidly-approaching iceberg.  All the main players are being thrown in unexpected directions that will inevitably intertwine. 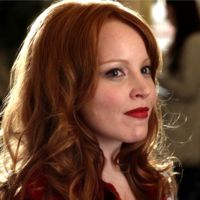 For starters, the recently released Oswald Danes is interviewed by a local news station.  During the interview he breaks down in tears saying he’s sorry for what he did which begins to garner sympathy for him online.  He’s approached by seedy PR executive Jilly Kitzinger who wants to help mold his “new” image, but he refuses her offer after he hears Oprah wants him on her show.  Danes is a sleazy monster, but a smart one.

Then there’s Dr. Vera Juarez, who attended to Rex’s chest injury.  She’s asked to join a panel of medical specialists where they realize that with nobody dying, infections are going to spread.  Soon, antibiotic resistant bacteria will be everywhere so they need a whole new way to fight infection.  The  methodology for dealing with medical problems just got turned on its head.

Back at the CIA, Esther Drummond sees agents removing the hard drive from Rex’s computer.  Others are copying data from her computer and her account is locked out.  Next, she gets a call from her bank wanting to discuss investment options for $50,000 that has been suddenly transferred into her account by unnamed sources.  Realizing she’s being shut out, she steals the ID badge of fellow agent Charlotte Willis and hastily retreats the building. 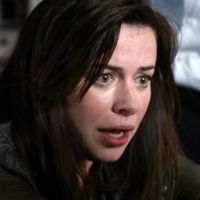 We haven’t forgotten about the poisoning of the only mortal human on Earth, though.  On the plane Gwen quickly deduces it was Peterfield who poisoned Jack and it’s Jack himself who figures out the poison was arsenic.  After Rex makes a phone call to Dr. Juarez for how to make an antidote with only items found on a plane, Gwen goes into frantic, bossy overdrive mode, barking orders at everyone to help save Jack’s life.  Eve Myles puts on a great performance with a lot of comedic touches during this scene and it’s all classic Gwen.

I know Jack gets all the attention, but Gwen Cooper really is the heart of Torchwood and that’s never more obvious than when things are looking down.  And with Torchwood that happens a lot.  Myles deserves as much credit as Barrowman for making Torchwood something fans worldwide love.

Dr. Vera Juarez is the first to realize that with nobody dying, yet still continuing to age and get ill, people are going to need pain management on a level never imagined.  Somehow Jilly Kitzinger manages to be listening in and approaches Dr. Juarez outside after the meeting.  That’s where it’s revealed Kitzinger is a rep for pharmaceutical company PhiCorp that specializes in pain medication.  A bit too convenient to be coincidence, dontcha think? 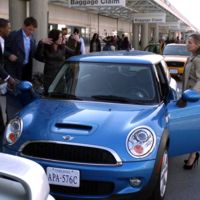 The CIA plane has touched down and unbeknownst to Rex, the agents who meet them are working for Friedkin.  As they’re being escorted to what would surely be a very bad end, Esther calls Rex and clues him in.  He un-cuffs both Jack and Gwen then the three of them kick ass and escape with Esther in a tiny Mini Cooper.  Of course the sight of the tiny car sets Gwen off on another hilarious rant about how Americans are all supposed to have big SUVs.

Thanks to circumstance, it appears we have new, unofficial members of the Torchwood team.  Joining Jack and Gwen in investigating just what the hell is going on are Rex, Esther, and Dr. Vera Juarez.  I miss the old team, but like Doctor Who it seems we have to accept change to keep moving ahead.

Tune in to BBC America Saturday nights at 9/8c for Torchwood: Miracle Day.