“Cosmos” Returns to TV In 2014 With Neil deGrasse Tyson – Trailers 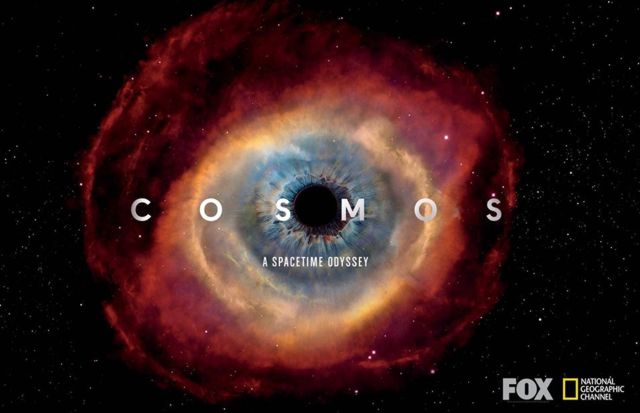 The original Cosmos hosted by the late Carl Sagan premiered over 30 years ago and was an instant hit with viewers worldwide.  I don’t know of anyone who hasn’t at least heard of Cosmos and it’s about time it returned.  In a time when we’re trying to spark an interest in the sciences we need more shows like this that show science can be as exciting as it is educational.

The people who worked with Sagan on the original series have joined with Seth MacFarlane (Yep, the Family Guy guy.  Seriously.) to produce a 13-part revival of Cosmos.  To add nerd coolness to the show, the host will be none other than Neil deGrasse Tyson.  Now tell me, who wouldn’t want to watch this?

While no specific air date has been set, Cosmos will be broadcast on FOX and the National Geographic Channel some time in 2014.  This is just speculation, but I’m guessing the show might air during the summer.  It would be a good time to broadcast it because it wouldn’t have to compete with a bloated primetime schedule.

The first promo just aired during the World Series.  It’s a short teaser, clocking in at just over 30 seconds, but it’s enough to get you anxious for the debut.

The second video has been out for a couple of months, but it’s a full trailer for the show.  If the teaser didn’t get you going, this one certainly will.  Full of amazing visuals and accompanied by a stirring musical soundtrack, it begins with the voice of Carl Sagan and is then taken over by new host Neil deGrasse Tyson.  Again, there’s not a lot said in the trailer, but watching it proves you don’t need words to fire up interest.

More than three decades after the debut of “Cosmos: A Personal Voyage,” Carl Sagan’s stunning and iconic exploration of the universe as revealed by science, COSMOS: A SPACETIME ODYSSEY sets off on a new voyage for the stars. Seth MacFarlane (FAMILY GUY, AMERICAN DAD) and Sagan’s original creative collaborators – writer/executive producer Ann Druyan and astronomer Steven Soter – have teamed to conceive a 13-part docu-series that will serve as a successor to the Emmy and Peabody Award-winning original series.

Hosted by renowned astrophysicist Neil deGrasse Tyson, the series will explore how we discovered the laws of nature and found our coordinates in space and time. It will bring to life never-before-told stories of the heroic quest for knowledge and transport viewers to new worlds and across the universe for a vision of the cosmos on the grandest scale. COSMOS: A SPACETIME ODYSSEY will invent new modes of scientific storytelling to reveal the grandeur of the universe and re-invent celebrated elements of the legendary original series, including the Cosmic Calendar and the Ship of the Imagination. The most profound scientific concepts will be presented with stunning clarity, uniting skepticism and wonder, and weaving rigorous science with the emotional and spiritual into a transcendent experience.

Carl Sagan’s original series “Cosmos: A Personal Voyage” was first broadcast in 1980, and has been enjoyed by more than 750 million people worldwide.