“The Tomorrow People” Pilot Reviewcap- Buckle up, we’re in for a wild ride! 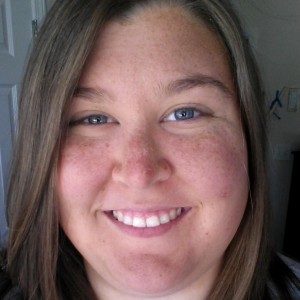 The series premiere opens with the introduction of Stephen Jameson, a high school student who has takes medicine for a sleeping/mental disorder..a disorder in which he has to strap himself to his bed to *try* to keep from sleepwalking straight into his neighbor’s beds. However, he yet again finds himself in the middle of a neighbor’s bed with no explanation as to how he sleptwalk through their locked door and got in their bed without anyone noticing. Enter John Young, on a mission to find a file in a mental health department which he finds before being chased by some men. He’s able to evade them after some scuffle by teleporting where a woman, Cara, is waiting for him. She disapproves of him teleporting in a public place but he tells her it was worth it when he hands her whatever file they were searching for: Stephen Jameson. They look at each other in disbelief. Stephen starts hearing a woman’s voice in his head again telling him that he’s not crazy and to listen what she has to say. He has a breakdown and has to run out of the class he’s in where he’s confronted by Dylan, the school bully. Dylan steals medication out of his pocket not knowing that Stephen has switched the pills with laxatives. That night, he wakes up to the woman’s voice again telling him to meet her and that she can prove he’s not crazy. Her voice leads him to get on the train where John comes up behind him and teleports him to their home in an undergroud tunnel.

Stephen has a hard time believing all of their teleportation and telepathy tricks. Cora explains to him that she’s one of the “them”, also known as “The Tomorrow People”. John tells him that he has emerging powers which he’ll eventually be able to control, he then shows him what he means by lifting Stephen off the ground. Cora tells him that she’s had a connection to him for years with her telepathy and that understands how hard it’s been for him to deal with everything going on in his head. Stephen meets more of the team, including Russell, and sees other new people training. John tells him about Ultra, the government group chasing after them trying to extinguish them all. Enter everyone’s favorite villain, Mark Pellegrino as Jedekiah Price. He interrogates the man who almost captured John which ends with Jedekiah shooting him in the head. John talks to Stephen about a man who was the strongest of them all, but who has seemingly vanished. Stephen founds out it’s someone he hasn’t seen for a very long time..his father. Cara tells him his dad left so that he could have a normal life free from Ultra. Stephen’s dad recorded a message for him which he can’t handle listening to. Clearly emotional, he asks to leave and Cara teleports him out of there.

Stephen wakes up the next morning and goes to the bathroom where he knocks his toothbrush off the sink. He’s able to use his power to stop the toothbrush and lift it back up right before his brother walks in. He decides to tell his friend about his powers and she clearly doesn’t believe him.  The bully who stole Stephen’s pills from earlier comes after him but Stephen throws him off using his powers. When he starts to choke him he collapses. Stephen’s mom comes to the school to meet with the principal and says that Dylan (the bully) is in the ER saying he did something extraordinary, but she won’t say what.  A black SUV starts to follow Stephen when he leaves school and he calls Cara for help. A man jumps out and tells him that he looks just like his father before men throw a bag over his head and throw him in the car. Cara tells John that “they got him”.

Cara tries to track him but they can’t find him anywhere. John tries to calm her down and warn her against the risk of going after him but she’s bound to find him. John is angry about them going after Stephen since it means getting too close to Jedekiah, and he lets them know that he’s not getting “caught by him again”. Jedekiah has Stephen strapped to a chair and interrogates him about what he’s become. Jedekiah explains that they’re trying to take them out because of the threat they pose to the world. Cara and Russell break in to Ultra’s headquarters and take out the guards while Jedekiah prepares to stick Stephen with a needle. Jedekiah tells Stephen that his father won’t be coming back to save “The Tomorrow People” because he’s dead. Right as Jedekiah starts to go toward him one of the security people come in to tell Jedekiah about the break in. They fight and figure out that their powers don’t work within the building. In the middle of a fight, John decides to join them and help take down the bad guys. Stephen finally calms down enough to focus on using his teleporting powers to get out of the room. He teleports just as Cara, John, and Russell run around the corner. They run to the entrance only to be caught up by Jedekiah and his men. Jedekiah raises a gun to John, since their history is riddled with run-ins, and shoots but Stephen stops the bullet. He then teleports them out of there while Jedekiah looks on in disbelief.

Russell excitedly tries to figure out how Stephen used his powers within the building since the others couldn’t while John and Cara discuss how amazing Stephen’s progression is. John apologizes to Cara for being rude earlier about the situation with Jedekiah and kisses her after telling her he would never allow her to get hurt. Stephen finally listens to the message from his father which tells him that his life has gotten very dangerous, but to always trust his heart and do the right thing. He tells Stephen he loves him before signing off. John teleports Stephen back to his home and thanks him for saving his life before telling him that he might be the one to save them all. Stephen walks in to his house to apologize to his mother for being out all night but tells him not to worry about it before telling him they have a visitor: his uncle, Jedekiah. Jedekiah explains that they had seen each other before a long time ago but he left. Stephen gets his mom to leave before confronting Jedekiah. He doubts that he’s family but Jedekiah shows him a picture of him as a father when they were young. Jedekiah tells him that he became a geneticist so that he could help people like his brother, and then tells Stephen to come work with him to save his friends. Cara finds Stephen by the river and Stephen is angry that she and John didn’t tell him about Jedekiah being his uncle. Stephen tells her that he’s always trusted her since he first started hearing her voice in his head. He tells her that he needs to find out what happened to his dad, and he can only do that by working with Jedekiah. Cara is upset with his decision since she thinks it’s an unnecessary risk, but he feels it’s the right thing to do.

First off, if I missed anything I apologize now. That was one WILD pilot episode and there was a lot going on, so let me tell you that if you missed anything you better catch up ASAP! The show did a wonderful job of setting up Stephen’s storyline and while we’ve seen it before, I loved the call back at the end of the show showing how much had already changed from the very beginning. This is going to be one fast-paced rollercoaster of a ride and the bang they kicked off with tonight has set the bar high for the rest of the season. Can I just say how much I LOVE Mark Pellegrino (Supernatural)? The man is a brilliant actor and to have that kind of talent on board is a blessing, he takes the “super villian” genre to a new level..and he’s only human in this series. I found it really interesting how he used the Tomorrow People’s inability to kill against them. The show previewed a lot of the major plot points in the pilot episode, but everything felt fresh despite the plethora of sci-fi action shows out right now. If you have any friends that are iffy about the show right, GET THEM ON BOARD. They won’t be disappointed!  I’m extremely excited to see where the show writers and producers take the show with actors like Mark Pellegrino, Peyton List, Luke Mitchell, and Robbie Amell. They did a brilliant job tonight so here’s to hoping they keep the energy rolling!

What did YOU all think? Who are your favorite characters or storylines? What do you think  is to come? PLEASE PLEASE PLEASE let us know in the comments section or by tweeting me (@lmfsrush) or @ThreeIfBySpace! Thanks all and have a good night!