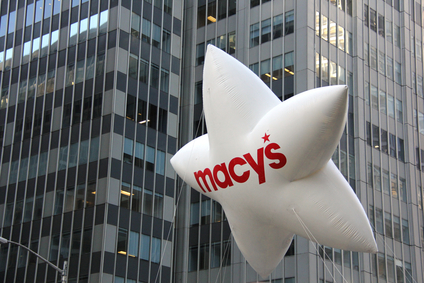 Kids love seeing their favorite cartoon characters appear in larger-than-life form as they float down the streets of New York City on their tethers. Adults enjoy the balloons because the kids enjoy them. The giant character balloons are always one of the most popular attractions of the Macy’s Thanksgiving Day Parade.

But there’s a certain segment of grown-ups (you know who you are) who would go wild if their favorite sci-fi characters were included in the balloon lineup. Since the parade takes place the day before the biggest shopping day of the year, including some balloons of characters that are popular with adults would likely help boost Macy’s sales of Black Friday merchandise featuring these characters.

Here are three sci-fi characters that should — in this sci-fi fan’s humble opinion anyway — be added to the lineup of balloons in the Macy’s parade.

Played by Nathan Fillion in the short-lived Joss Whedon series on Fox in 2002 and again in the movie version in 2005, Mal Reynolds is an enduring sci-fi icon among adults. Named #18 in TV Guide’s Greatest Sci-Fi Legends list in 2004, Fillion continues to appear at Firefly conventions around the world. He even once hinted at the possibility of making a new Firefly movie himself if he could raise the money to do it. Fillion is obviously proud of his character and throngs of adult fans around the world seem to agree that Mal Reynolds is a sci-fi hero. Including the character as a balloon in the Macy’s parade would thrill fans of Firefly and show the world that there is still an audience for the show. Maybe it would even lead to another movie without Nathan Fillion having to finance it!

Supernatural has been on the air for 9 seasons, which really speaks to its popularity. Originally revolving around two main characters, the cast has since expanded to include a couple of new additions. One of these newbies was the angel Castiel. Making his debut in the first episode of season four, he’s been with the show ever since. Played by real-life Twitter junkie Misha Collins, commander of a large throng of fans known as Misha’s Minions, Collins has turned his sci-fi fame into a vehicle for doing good by creating the charity Random Acts.

Collins uses his large network of fans to help him complete charitable projects year-round and he always makes his goals. Including his character in his trademark white trench coat as a balloon in the Macy’s parade would help Collins promote himself and his charity even more and give his untold number of fans out there something to scream excitedly about as they saw it floating down the streets of New York City.

The Doctor from “Doctor Who”

If there’s ever been a true sci-fi legend, The Doctor is it. First airing 50 years ago, “Doctor Who” has never lost popularity, even when this family-friendly sci-fi show was off the air from 1989 to 2005. The time in between was filled with books and audio adventures to continue the story. With the alien main character’s ability to regenerate if his body is damaged, there have been 11 actors so far to have officially portrayed the Doctor. When it comes to sci-fi, “Doctor Who” has already won the endurance game and is now more popular than ever in the United States, thanks to BBC America. Any one of the Doctors as a balloon, or all eleven of them, would be a sight to get kids and adults alike excited on Thanksgiving Day.