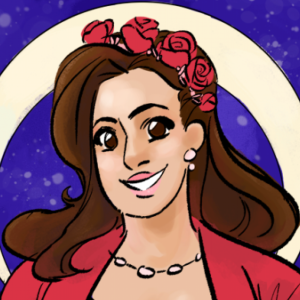 Woo, seems like JH Whyman and team wanted to simply hit the ground running with this second episode! We’ve got witty banter, alluring visuals, bumping music, and…Sexbots! While originally slated for the fifth episode, we’re getting Skin as the second episode in this 2-part Series premiere from Fox. Instead of keeping the title card information for a few eps, as some shows are wont to do, we get a proper opening sequence with a female narrator reminding us when we are and why we’re here.

What’s typical of most crime procedurals, we’re presented with the case first. This time, a seemingly looking businessman and an escort, apparently about to have some fun. Except, the man’s more interested in checking her vitals, and we soon learn she’s not quite human. She’s a sexbot, or as Rudy later refers to them sometimes, a ‘bangbot’. Even after ensuring that she’s clean, she’s being tested for something. But, this one wasn’t any run of the mill sexbot, and they’re both being monitored by what seems to be an Albanian crew. They don’t like what the ‘client’ is doing, so that means death for the guy. But they’re not too worried, using a DNA bomb to cover their tracks as they escort the escort out.

The next day, John and Dorian arrive to the hotel where the murder took place, the other cops and MX-43s having already cordoned off the area. It seems like the androids or robots that currently run around are made to look more like the MX-43s, with a distinct robotic look, aside from the sexbots, so Dorian is pulled aside by some curious children, and shows off a little of what he can do, thoroughly impressing the kids. Of course, John doesn’t want to be outdone so when he’s asked what he could do, he does what comes naturally. Stabbing himself in his synthetic leg. This of course doesn’t have the desired effect and the kids scream as an older kid pulls them away. I thought this was a fantastic scene, and the one following it, the two getting into the elevator and having a discussion about cats of all things, as it shows more of John’s true character. Maybe, how he was before the ambush two years ago. He wasn’t purposely being a grump to scare off the kids. He honestly thought it would be funny and cool and that they’d like it. Yes, it was gallows humor that only he could see, but he was making an effort.

Sometimes, in crime dramas, the actual act of gathering evidence  can be a bit boring (if it’s not the focus of the show like in Bones or CSI), and we as the audience already know more than the characters. What’s great here, is the mix of new technology not only in the crime solving aspect but like of the flash masks that hide faces from surveillance, in the hindrance of crime solving too. It’s not over the top, yet not dumbed down either. Like quickly finding out human skinned or DNA’d androids, along with unregistered sexbots, are illegal. 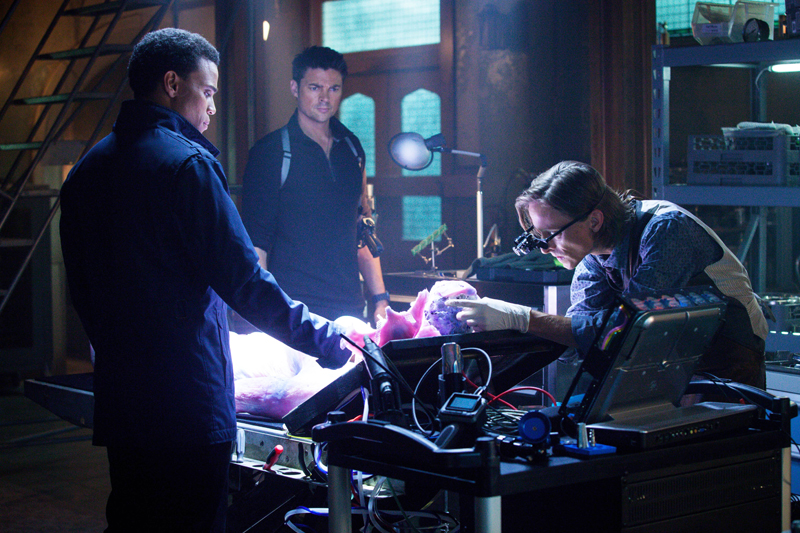 As all this is happening, a related crime is being committed, this time a mother being abducted while her young son is left in the car. The cops soon find the son, and to offset what we learn of John earlier, that he’s not so good with kids, we get to see him try to not only assuage the young boy from such a traumatic event, but garner more information to help find his mother, and the murderers of the previous case. He does pretty well, definitely getting us to have an ‘aww’ moment along with wishing we had such futuristic toys as the giraffe. With the boy’s information, they soon find the sexbot we first met, dead and skinned, leading to a great scene with John and Dorian and Rudy. Rudy waxes poetic almost about how sexbots are mostly used for companionship and that there’s nothing wrong with that when one can’t seem to get that with their fellow colleagues. He also informs them that he’ll need a ‘live one’ if he’s to figure out what’s going on with these unregistered sexbots with human DNA.

The scenes of John and Dorian doing their jobs, interacting with the Albanians and problem solving, and of course police raiding, were fluid and tight, and they easily moved in and out of what will seem to be a running occurrence: bonding while driving. It happened in the pilot and it happens many times here, mixed with both humorous and deep discussions, from the talking of John’s balls to how do you tell a child their parent is dead and how John’s former partner’s family reacted. This is a credit to the script and to Karl Urban and Michael Ealy’s acting and chemistry. What I also love about John, is that he’s not the stoic gruff most would be led to believe. He stumbles, makes Freudian slips, and gets flustered just like anyone else.  And not just with John but the others, such as Valerie.

Like with the insertion for me of the new scene in the pilot ep, the show is definitely trying to get us to want or like John and Valerie together. It’s not as forced in the few interactions in this ep, as the previous, and it’s a bit more easy going, but I’m just not seeing it yet. It’s light and flirty, and luckily, it’s not all about Valerie mooning over the other. Hopefully it’ll tone down a bit and we can just see them being them, both on the job and off, same with the rest of the characters. While I would have liked for the second ep to have focused a little more on the supporting characters, especially the female ones, this case was a good way to showcase not only the growing dynamic of John and Dorian, but of the sympathies that Rudy Lom has towards the androids, and John’s own way of interacting with others, after having been isolated for so long. 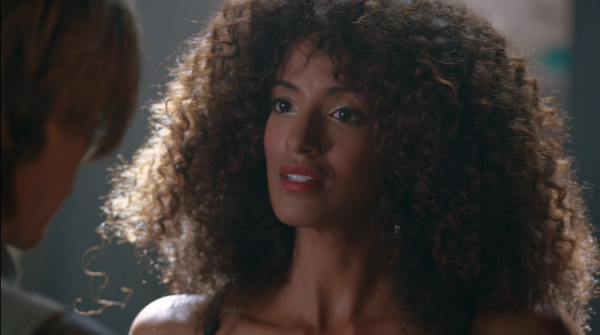 It’s really shows how strong the writing is when in a single ep we can feel for someone who’s only a one time character, like Vanessa, the sexbot, and how in just two eps, we can sympathize so well with Dorian, and his struggles over the ep and his quick but effortless connection to Vanessa. It could be that she has human DNA, or that she has components similar to the DRNs, but in just a few gestures and pieces of dialogue, it’s easy to see she’s more than just a sexbot, she’s curious, and wants to be with others like her. The hurt that we see in Dorian’s eyes, when learning that she and others found in the raid must be destroyed, is real, and I’m sure I’m not the only one that teared up when Dorian tries to comfort not only Vanessa, but himself, when he watches her go offline.

Now. One final thing. There has been talk already about how most didn’t like the overt sexualization and male gaze of the sexbots, and I agree, in some instances of the scenes, it could have been better. More male bots perhaps, than the two already in the scene, and there was a female customer, so we’re making some headway. I think however, this case was showing off just how deplorable what the Albanian gang was doing, and through Dorian how horrible bots that were similar to him were treated. He is much more than a machine, a tool to be used and forgotten and destroyed, and yet everyone around him mostly believes that of all the androids.  So he’s caught between and it’s nearly heartbreaking to see, not only Dorian’s struggle but that we’d come as a human race to be so blase about technology and the evolution of technology possibly surpassing us. It reminds me a lot like what a certain sci-fi show about surveillance is trying to get people to think about. The world is not an easy place to be in, and while yes, an episode about the sex industry can be titillating and fodder for ratings, it is a very real aspect in our lives.As the show’s all about parallels between our two main characters, the episode ends with John, finding more of himself, becoming more human, in going to his old partner’s home and meeting with the widow and her son, to finally get some closure to what had happened two years ago. He’s not quite there yet, as it’d be too easy to have that in simply the second episode, but there’s still hope, for not only John, but Dorian too.

Let’s just hope the following episodes will have the same or better blend of real world, fantastical, humor and heart. Till next week!