When you really love a television show or movie, you often want to know more – especially with a show like Grimm. There’s so much going on in each episode, it’s hard not to wish for something more in-depth. Our wishes have been answered, thanks to Titan Publishing and Random House, with the new book that just came out, Aunt Marie’s Book of Lore. 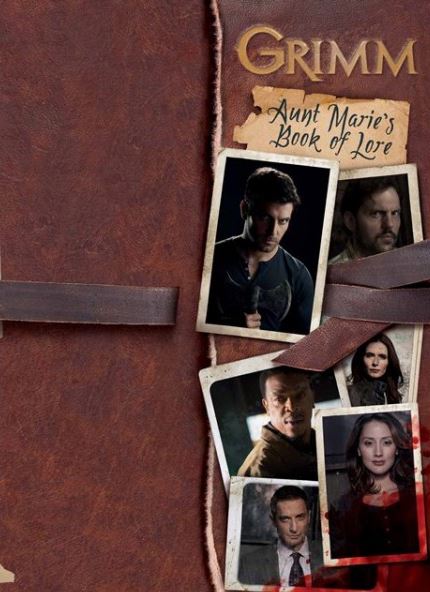 The book looks very much like the one we see Nick and Monroe leafing through at least once in every episode. Its pages are yellow and meant to look aged, and there are sections on various Wesen with drawings and insight into each creature, often written by more than one Grimm. There are sections written in German, French, Spanish, and Japanese (with English translations, of course), as it seems many previous Grimms traveled a great deal. There are also sections on Grimm weapons and their uses; The Wesen Code of Conduct; and The Yellow Plague; all important things for a Grimm to know. Interestingly, there are also parts of what seem to be fairy tales – likely the stories that various Grimms made public to warn humans. 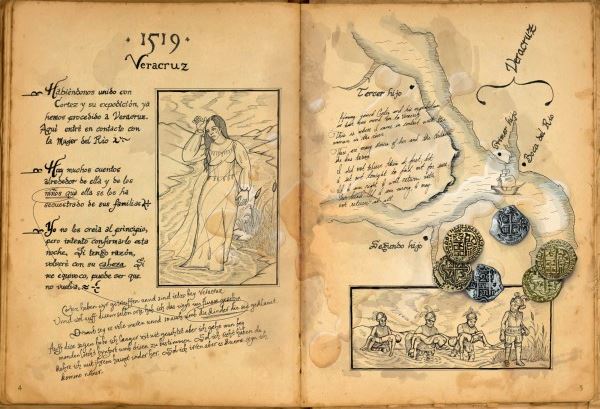 Although many of the Wesen we’ve seen on the show in the first two seasons have sections in the book, others don’t. The two missing that I feel should really have their own sections are the Fuchsbau and the Eisbiber (they’re only listed in the index). Rosalee and Bud are important characters, and it would be great to learn more about their Wesen species. There are other Wesen species also listed in the index that don’t have a section, and I suspect the names I don’t recognize are Season 3 Wesen we have yet to see. If even a name and a description seem like spoilers, you should probably skip over the index. 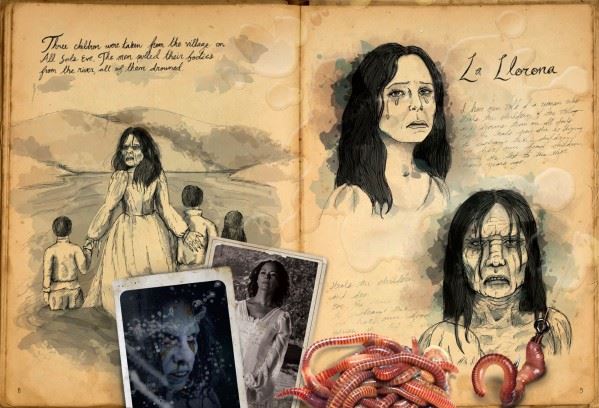 The other thing that I wish had been included are Nick’s notes and drawings. He’s doing them on the show, so why not put them in the book? We see him adding these, as a good Grimm does – even though reading these passages makes it clear just how different a Grimm Nick is. Although we’re reminded of it whenever Nick meets a new Wesen group/species and they freak out once they know he’s a Grimm, seeing in stark relief on these pages how his ancestors killed almost any Wesen they came across – not to mention how they did it – is an eye-opener. Nick sees a lot more gray in the Wesen world, while his ancestors were far more black and white… and those things belong in this book, as well as the ‘real’ one on the show. 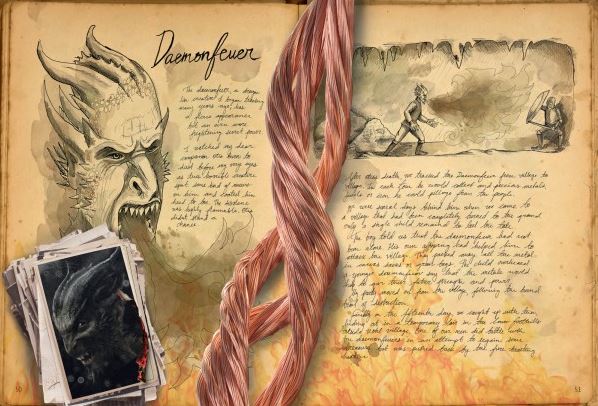 Intrigued? Want all those Grimm details in your very own hands? Get your copy of Aunt Marie’s Book of Lore here or here.