BBC America Gets A Week-Long Doctor Who Takeover 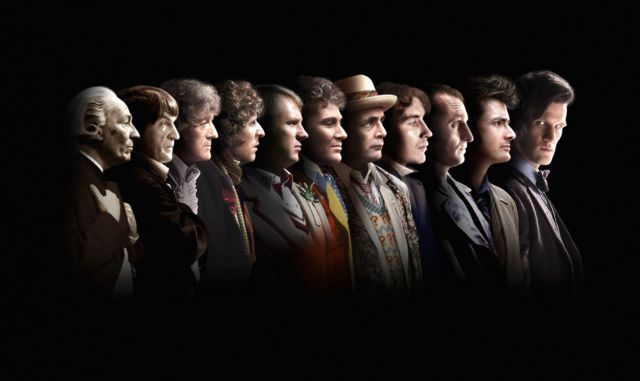 With the 50th anniversary of Doctor Who almost here one could easily be forgiven for thinking the internet has been taken over by all things Gallifreyan.  There’s so much chatter on Twitter right now that I wouldn’t be surprised if the social media service has to draw extra power from the Eye of Harmony just to keep up.

If you think that’s as far as TARDIS Fever will go, think again.

Beginning Monday, November 18 and running until Sunday, November 24 (the day after the special airs), BBC America will be completely taken over by all things blue and Who.  You might want to go ahead and put in for leave from work that week.  Give in now and you’ll be glad you did.

After the following press-release snippet we have the entire schedule as posted by BBC America.  There will be no sleep that week, only Doctor Who.

Announced today, BBC AMERICA will present a week-long Doctor Who Takeover starting Monday, November 18, at 9:00am ET with marathons of favorite Doctors leading into new specials including a look into the science behind the iconic series with rock star-turned-physicist Professor Brian Cox (Wonders of the Universe, Wonders of the Solar System). The primetime specials will roll out throughout the week with Doctor Who: Tales from the TARDIS premiering Monday, November 18, 9:00pm ET followed by The Science of Doctor Who with Brian Cox at 10:00pm ET, Doctor Who Explained on Friday, November 22, 8:00pm ET, and a look back at Matt Smith’s time on the iconic series, Doctor Who: The Doctors Revisited –The Eleventh Doctor on Sunday, November 24, 8:00pm ET.

In addition, BBC AMERICA will premiere the new film An Adventure in Space and Time on Friday, November 22, 9:00pm ET. From Sherlock co-creator Mark Gatiss and directed by Terry McDonough (Breaking Bad), the film starring David Bradley (Game of Thrones, Broadchurch), Jessica Raine (Call the Midwife), Sacha Dhawan (After Earth) and Brian Cox (The Bourne Identity, X2: X-Men United) tells the story of the genesis of Doctor Who and the unlikely production team behind the series.

Doctor Who: The Doctors Revisited Marathon – All day, starting at 9a/8c
Go behind the scenes with the First through the Tenth Doctor.

This all-new special features exclusive interviews with principal cast members from the show’s 50-year history, including actors who have played the Doctor: Matt Smith, David Tennant, Tom Baker, and Peter Davison, actors who have played companions: Jenna Coleman, Karen Gillan, Freema Agyeman, and William Russell, as well as the current lead writer and executive producer Steven Moffat. The discussion includes how the actors got cast, how the roles changed their lives, how a “regeneration” is recorded, and how filming the show in the 60′s compares to today. 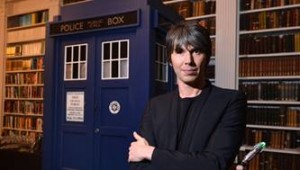 A former rock star and Britain’s popular TV physicist, Professor Brian Cox explores the universe of the world’s favorite Time Lord when he takes the audience on a journey into the wonderful universe of Doctor Who, with the help of celebrity guests. In this exclusively recorded special from the lecture theatre of the Royal Institution of Great Britain, Brian reveals the science behind the spectacle and explains the physics that allows The Doctor to travel through space and time. Fun, but filled with real science, it’s a special night for Who fans and anyone with a thirst for understanding.

Doctor Who: The Ninth Doctor Marathon – All day, starting at 10a/9c
Get caught up with the adventures of Ninth Doctor Christopher Eccleston.

Doctor Who: The Tenth Doctor Marathon – All day, starting at 2a/1c
Get caught up with the adventures of Tenth Doctor David Tennant. 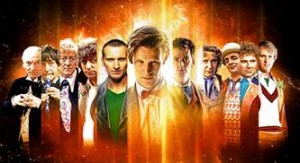 This all-new special explores the mysterious and two-hearted alien who is The Doctor through exclusive interviews with principal cast members from the show’s 50-year history. 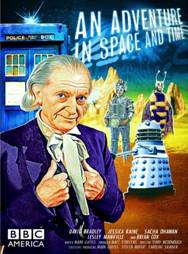 What do you get when you mix C.S. Lewis with H.G. Wells, and sprinkle in a bit of Father Christmas? An alien Time Lord exploring space and time in a Police Box spaceship called the “TARDIS” (Time And Relative Dimension in Space).  Written by Mark Gatiss, the BBC AMERICA co-production, the film stars David Bradley (the First Doctor, William Hartnell), Brian Cox (BBC Head of Drama, Sydney Newman), Jessica Raine (Producer, Verity Lambert) and Sacha Dhawan (Director, Waris Hussein). An unlikely trio of misfits set out to create a genre series that all ages would love.  William ‘Bill’ Hartnell, displeased with his career, was presented with a chance to break out of the hard-man roles he’d become known for.  And with the instincts of first time producer, Verity Lambert and first time director, Waris Hussein, the Doctor was born. As the success of the show grew, William went from unhappy curmudgeon to beloved television star who relished his career resurgence and found a new lease on life.  But all good things come to an end. How will Bill face leaving behind the part that has made him a hero to millions of children? And can the show survive without him? Journey back fifty years through space and time to witness the exciting beginning and untimely end of the First Doctor in this touching drama.

Doctor Who: The Day of the Doctor (World Premiere / Global Simulcast ) – 2:50pm ET 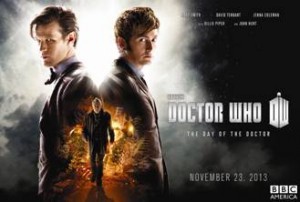 The centerpiece of BBC AMERICA’s celebrations is the global simulcast of Doctor Who’s 50th Anniversary special, Doctor Who: The Day of the Doctor, written by Steven Moffat. The Doctors (Matt Smith and David Tennant) embark on their greatest adventure across space and time. In 2013, something terrible is awakening in London’s National Gallery; in 1562, a murderous plot is afoot in Elizabethan England; and somewhere in space an ancient battle reaches its devastating conclusion. All of reality is at stake as the Doctor’s own dangerous past comes back to haunt him. Starring Matt Smith, David Tennant, Jenna Coleman, with Billie Piper and John Hurt. Last seen as the Doctor on January 1, 2010, this will be the first time David Tennant has reprised his role as the Tenth Doctor. During his reign as the Time Lord, Tennant appeared in three seasons as well as several specials. He was first revealed as the Doctor in the 2005 season finale, The Parting of the Ways. Meanwhile Billie Piper, who played companion Rose Tyler for two seasons following the reboot in 2005, will appear in the show for the first time since featuring in David Tennant’s last episode, The End of Time in 2010. The special is directed by Nick Hurran, executive produced by Steven Moffat, Faith Penhale and produced by Marcus Wilson.

Doctor Who: The Day of the Doctor (Encore primetime broadcast) – 7:00pm ET
BBC AMERICA will premiere exclusive Inside Look interviews with Matt Smith and David Tennant during the broadcast. The special will be followed by the premiere of new fantasy-adventure series Atlantis at 9/8c.

Doctor Who: Matt Smith Countdown – All day, starting at 9a/8c
BBC AMERICA counts down the top 11 episodes from the Eleventh Doctor, Matt Smith, as voted on by fans. VOTE NOW! 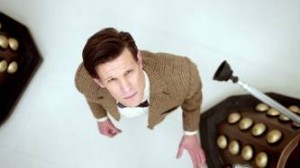 BBC AMERICA celebrates the Eleventh Doctor, Matt Smith, in a new special of Doctor Who: The Doctors Revisited. Matt Smith first stepped into the TARDIS in 2010 and, after starring in the 50th Anniversary Special on November 23, will regenerate in the Christmas special. Special interviews with key cast and crew examine the human side of the Eleventh Doctor and take a look at how his extraordinarily long life has affected him. The special is followed by the Eleventh Doctor two-part story, “The Impossible Astronaut” and “Day of the Moon,” the first Doctor Who episodes to be filmed in the U.S.