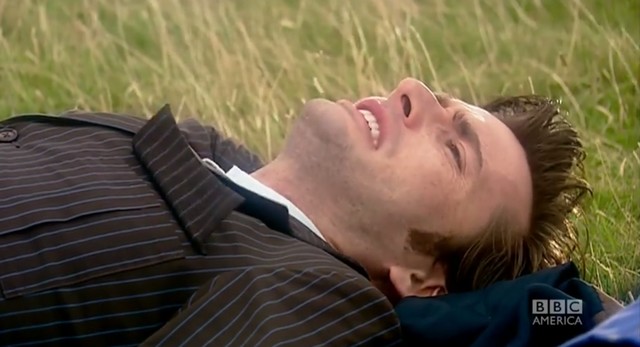 In this BBC America exclusive clip, the actors who play the two most recent incarnations of the Doctor talk about how Doctor Who is unique in that it can have the main character meet himself and it all seem perfectly normal.  Steven Moffat discusses how he wrote the episode without ever knowing if the two actors, Tennant and Smith, would even be available to be in it.  Naturally, the two lads were more than happy to jump into the police box together and have a good time.

Part of DOCTOR WHO Takeover Week, leading into the 50th Anniversary Special “The Day of The Doctor” *** SAT NOVEMBER 23 at 2:50pm ET *** on BBC AMERICA.

The Day of the Doctor airs on BBC AMERICA Saturday, November 23 at 2:50pm ET, with a live pre-show starting at 2:30pm ET that will also be simulcast on BBC America’s YouTube channel.