Doctor Who: The Day of the Doctor – Official Synopsis Released 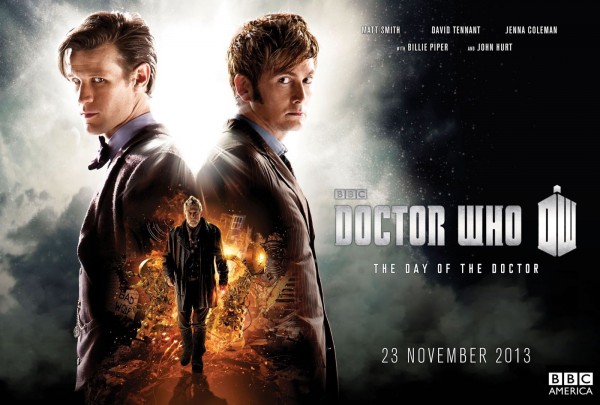 It’s a very short synopsis that’s more of a teaser than anything else.   Since it does contain a teensy bit of episode information, if you’re averse to spoilers of any type, please turn away now.  You’ve been warned.

HERE THERE BE SPOILERS

Okay, now that that’s out of the way, let’s get on to the juicy tidbit known as the synopsis for The Day of the Doctor.

The Doctors embark on their greatest adventure in this 50th anniversary special.

In 2013, something terrible is awakening in London’s National Gallery; in 1562, a murderous plot is afoot in Elizabethan England; and somewhere in space an ancient battle reaches its devastating conclusion. All of reality is at stake as the Doctor’s own dangerous past comes back to haunt him.

So all we know is something’s happening in the present, there’s foul play in 16th century England, and an unnamed ancient battle draws to a close.  Oh, and apparently everything that ever was, is, or is going to be might just cease to exist.  Just another day in the TARDIS, eh?