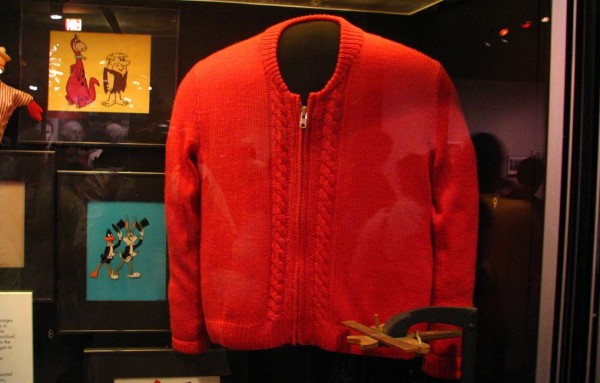 Before I begin, please feel free to file this under the category of “Completely Obvious,” but a video I’d recently watched got me thinking about it.  In it, the host even calls Mr. Rogers a superhero at one point, so I can’t take credit for that.  The video is embedded after my ramblings and is far more entertaining, enlightening, and worthwhile than the train wreck of scribbling I’ve spewed forth.

:  a fictional hero having extraordinary or superhuman powers; (also) :  an exceptionally skillful or successful person

Okay, great, but you might be asking yourself why I’m posting an article about the late, great, beloved, and mild-mannered host of a children’s show on a website largely dedicated to genre subjects.  Fair enough.  If the answer isn’t already obvious, I hope what I’ve conveyed below will answer that question.  If it doesn’t the video from mental_floss almost certainly will.

When you think of a superhero, your mind probably conjures up some larger-than-life character in an outlandish costume with abilities far beyond that of a normal person.  His costume may have been a simple cardigan and some comfy sneakers, but there’s no doubt Fred Rogers was a superhero.

Superheroes save lives, defeat monsters, teach us to be better people, and sometimes they even save the world.  I contend that Fred Rogers did that and more.  In genre media, superheroes do all of these things after the fact, so to speak.  They jump into action when the monster attacks or only after some disastrous event has begun.  Fred Rogers, on the other hand, nipped these threats in the bud.

He taught millions of children that monsters aren’t real and dinosaurs don’t still roam the Earth, much less look for tasty humans as snacks.  He explained to kids that bad things can happen, but when they do the best thing we can do is help those affected; our neighbors, so to speak.

Even with all that, I think his most heroic accomplishment was that he espoused universal acceptance.  He told children, and their parents who watched, that everyone is pretty darned perfect just the way they are.  He sent out a message to the world that all life is special and that being different should be celebrated, not shunned.

And the best thing about Fred Rogers the person is that his alter-ego “Mister Rogers” was simply himself.  He proved to young minds that being yourself is the very best thing you can be.  That’s one of the most heroic lessons ever taught and it’s powerful enough to save the world.

That brings me around (finally!) to the video I mentioned.  A few days ago I’d posted an article called It’s Okay to Pee in the Pool & 49 Other Science Misconceptions which featured a video from mental_floss, a great site for tons of random knowledge.  That video was hosted by Hank Green while this video is hosted by his brother John, who is equally as entertaining.  It’s called 35 Facts About Mr. Fred Rogers and it proves the man was nothing short of super.

There you have it.  If that’s not proof that Fred Rogers was a genuine, real-life superhero I don’t know what is.

Have a beautiful day in the neighborhood and remember to always be yourself.