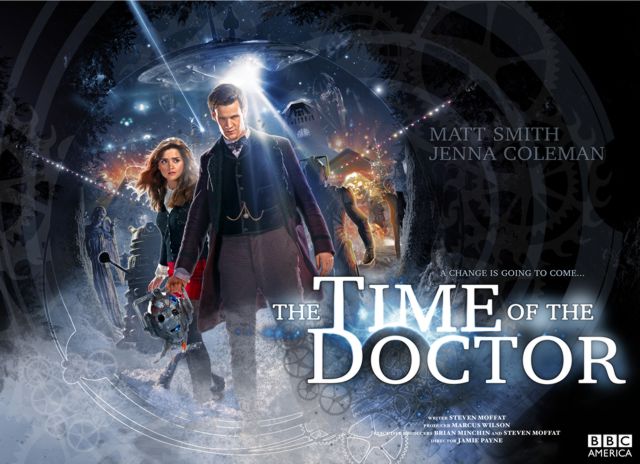 The first images from the Doctor Who 2013 Christmas Special, The Time of the Doctor have been released.  There’s not a lot to see just yet, but as the days and weeks progress I’m certain we’ll get plenty of treats to get us all excited for Christmas day.  Counting the image above, there are 6 new pictures to squee at.

Let’s not get in too much of a hurry for this episode to air, though.  It’ll be Matt Smith’s final journey in the TARDIS, and while every Time Lord has to regenerate, to paraphrase the tenth Doctor, “I don’t want him to go.”

Just like the very first image released a few days ago, the Doctor is seen holding the severed head of a Cyberman.  I wonder who he’s calling?  Maybe the Cyber-factory for repair instructions?  Nah… 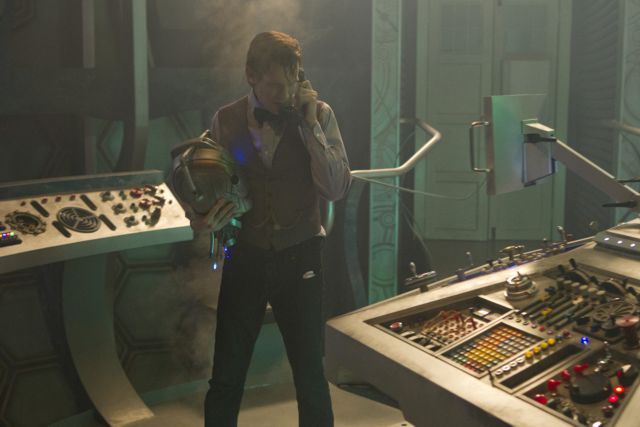 Here we see the Doctor and Clara walkin’ in a winter wonderland.  The good Doctor has his sonic out.  I wonder if he’s using it for illumination or scanning for threats?  My guess is the latter. 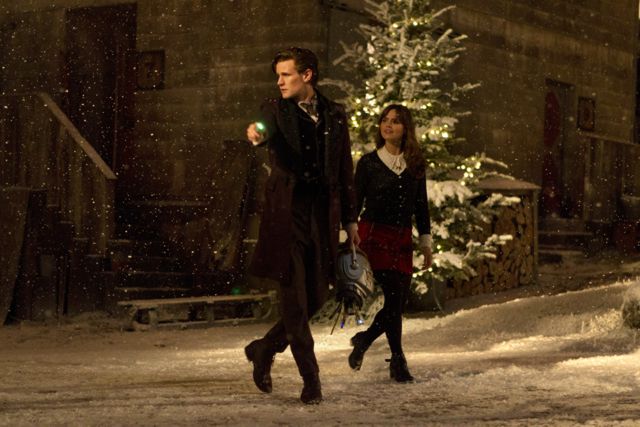 There he goes with that sonic again!  Either we’re seeing the point of view of an enemy or Matt Smith is attacking the camera.  (Or, as John Hurt suggested, perhaps he’s assembling a cabinet at them.) 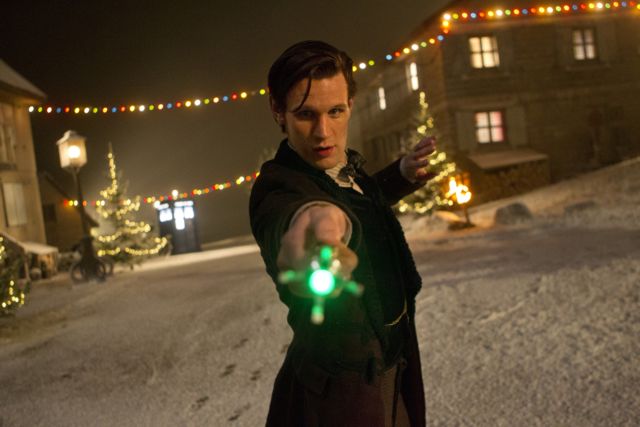 Poor Clara is seen all alone on a snowy night, but she doesn’t seem terribly frightened.  I wonder what she’s holding in her right hand? 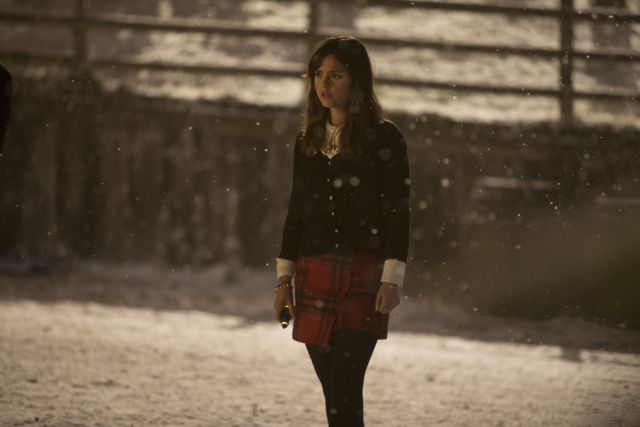 And, finally, here’s a wonderful movie-style poster for the episode.  I love the way they’ve created posters for each episode, it makes them feel more like mini-movies than simple television episodes. 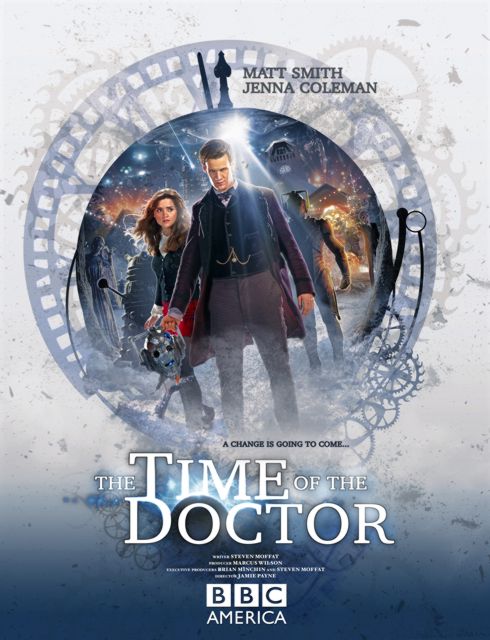 Doctor Who: The Time of the Doctor premieres Christmas day, December 25, at 9/8C on BBC America