Today’s Twitter Q&A was with Matt Roberts, head writer for the STARZ production of Diana Gabaldon’s Outlander. We learned yesterday in a Q&A with producer Maril Davis that Matt Roberts was the one who originally gave her the books to read with the idea of possibly doing a TV treatment; he says he’s a big fan of the books and has read them many times.

Roberts wrote episodes for Caprica and Hellcats in 2010 and 2011.

The Q&A was peppered with comments from Diana Gabaldon herself! Those comments are highlighted here. There were many comments with each answer, which I have not reproduced (with the exception of Diana’s), so if you’d like to read the entire Q&A, search @TheMattBRoberts on Twitter. All of the photos were taken by Matt and are from his Twitter account. 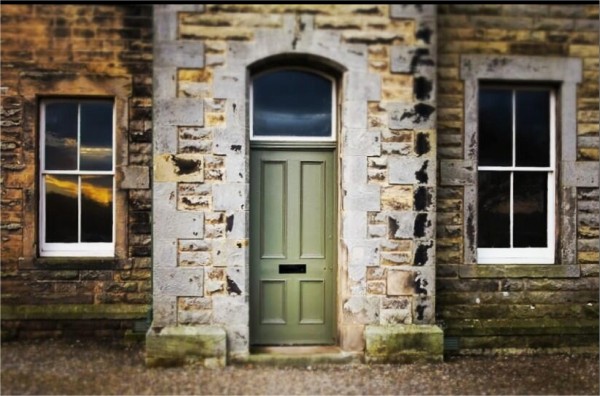 Q    How is Laoghaire being pronounced?

Q    Are you the person to thank for starting this Outlander production?

A    I recommended the books to Maril Davis who then told Ron they had to do them as a series.

Q    Which part of the book are you most looking forward on seeing on screen?

A    There are too many. I get excited when I see almost every scene come to life.

Q    Have you worked with Ron and Maril on other projects?

A    Yes. Caprica; and Ron and I developed a pilot for ABC two years ago.

Q    (Maril) said it was you who got her to read Outlander. Did you have filming in mind all along? How did you get turned on to it?

A    My first job in the biz was as a reader. The production company assigned me the book. I read the rest on my own.

DIANA    Not even gonna ask what your reader report said! With luck, convinced them it’s not possible to make a two-hour movie of that book… still sweating over narrow escapes!

DIANA    LOVE your script for the series, btw! Really well-done, and a lovely adaptation.

Q    When do you expect to have an air date?

Q    Personal question – did you always know you would be a writer?

A    Yes. But I had a few jobs before actually getting to do it for a living.

Q    Do you have a favorite lens you like to use for the daily shots you post? I am thinking of getting a wide angle prime…

A    FujiFilm x100s has a fixed lens. It’s the only camera I brought with me to Scotland. 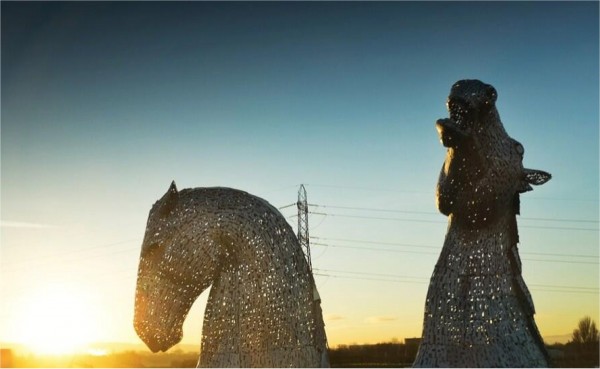 Q    What attracted you to Outlander?

A    The adventure, history, the setting, the characters.

DIANA    What? Not the sex and violence?

Q    Are you more careful with this script because of the rabid fan following than you might have been with other material?

Q    Do you have a favorite Outlander character?

Q    Are there lots of fun bloopers while filming? Saving those for possible DVD extras? Seems like the Outlander crew is fun…

Q    You obviously have an extremely creative mind. How long have you been doing photography and do you see stories in your shots?

A    My father was a photographer. Gave me my 1st camera at 5 years old. I try to tell a story in every shot.

Q    Your shots are beautiful. You should really do the coffee table book.

A    I’m thinking about it because of all of you. Thank you. 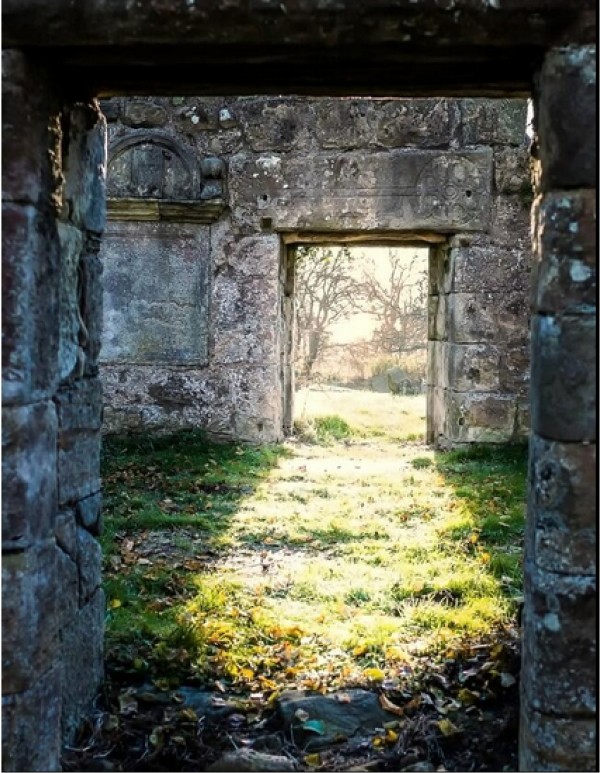 Q    Did you start off as an English major?

Q    Do you write knowing that there could be tech challenges or do you just leave it up to production to figure out “how to”?

A    Writers and production work hand in hand. It’s an ongoing process with every script.

Q    How do you decide what to include in the show from the book?

A    We are breaking down the book by chapters and then parse it out over 16 episodes.

Q    How long does Sam spend in makeup getting his back scarred up?

Q    What’s been the most difficult thing to deal with for this production?

DIANA    Not the best time of year in Scotland for light-hours – but amazing light when there is any!

Q    Does everybody get into the teasing and laughing on set? We know Sam and Caitriona do.

Q    Have you been up to Inverness/Culloden? Will you be filming in the Highlands too?

A    Yes we have film in the Highlands.

Q    You read the other books in the series?

Q    Does knowing what happens in the next books affect the way you are writing/filming now? More perspective?

A    Absolutely. When you know where you’re going you don’t accidentally kill off a major character. 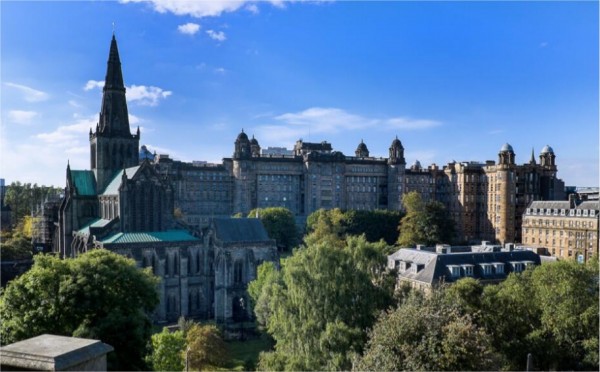 Q    Will you rely on flashbacks for scenes that are relayed after the fact? Or show scenes firsthand as they happen instead?

Q    What did you think when Sam/Cait did their first scene together?

Q    Did you have the beard before the profile pic or after?

A    Have had the VanDyke for many years.

Q    To the fan in you… Have you started writing the other seasons in your head or on paper?

Q    How many people do research to get all the period info – clothes, food, etc.? The details are what make the books great!

A    We have a few people working hard behind the scenes. All experts in their fields.

Q    What’s been your favorite place to visit in Scotland so far? Not in reference to shooting, not looking for spoilers.

A    The east coast is amazing.

Q    What is one of your personal favorite things or places about Scotland?

A    The people are just as amazing as the scenery.

Q    Is there anything in the books that will need to be left out because it’s not possible to translate to screen?

Q    Does your family know that you have the best job EVER?!? This has the potential to be EPIC!

A    My mother is pretty proud.

Q    Will you be writing the guide “how to pitch STARZ series Outlander to your male friends?” Because apparently I suck at it.

Q    How are you getting on with the driving now? Are you used to roundabouts? 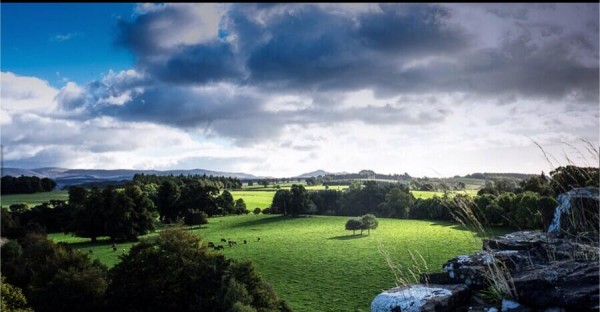 Q    Emotions in Diana’s book are intense. Do you think they are translating to the visual medium well?

Q    Can you pick up the scenes to write, or are they assigned? If assigned, with which criteria?

A    Each writer writes their own script.

Q    When season 2 is greenlighted, any chance the Culloden battle scenes will film on the actual battlefield?

A    Knock on wood hope we get a second season.

Q    Have you been to Scotland before?

A    Both have their difficulties. You have to obey the laws that are set.

Q    As a photographer, are you also taking behind-the-scenes shots that we’ll be able to see later on? Stills and such?

Q    Thank you. We are very excited at what we have seen so far. How is props, equipment and everyone holding up to the weather?

Q    Will you be making any comic con appearances?

Q    Are you usually around during the filming? In case dialogue isn’t working to make it better? 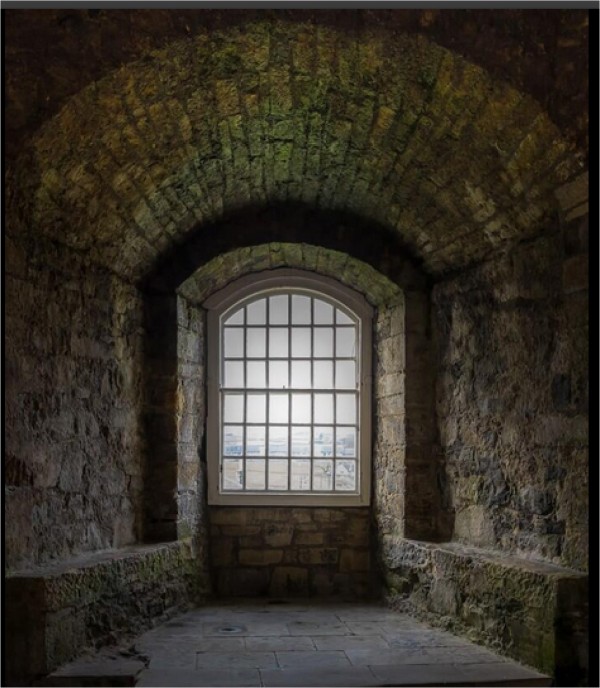 Q    Is there an Outlander character you can relate to the most?

Q    What episodes have you worked on? How many writers are on the project?

A    I’ve just written my second script and we have 5 writers total.

Q    What is your absolute favorite thing about being a part of Outlander?

A    A million times you say that would make a great series. I hit the lotto with Outlander. I thought it and it came true.

Q    Will we see Outlander with a shaky camera like Battlestar Galactica or still camera? Thanks for answering?

Q    Have you had an aha moment when you realized the production was becoming what you envisioned? What was it?

A    Jamie and Claire standing next to each other the first time.

Q    Is it ever a custom for a writer to write for one character only? So the POV is consistent?

Q    Has your perspective/perception of the books changed since you started adapting it for the screen?

Q    Do you find the book easier or harder to put to screen than you thought it would be?

A    It’s harder. But it’ll be the better for it. Trust me this is going to be worth all the hardship.

Q    Do you pass your script to the Gaelic coach to make dialogue sound more Scottish or do the actors do that?

Q    What has been the most impressive historical site you have visited in Scotland?

Q    Do you actually like the sound of bagpipes now?

Q    How many days/hours a week are you ‘at work’ on Outlander? How many years are you committed/contracted to this project?

Q    Is there anything us as fans can do to assist in the success of these series besides getting cable?

Q    Have you ever worn that mask (from his Twitter profile picture) to a party? 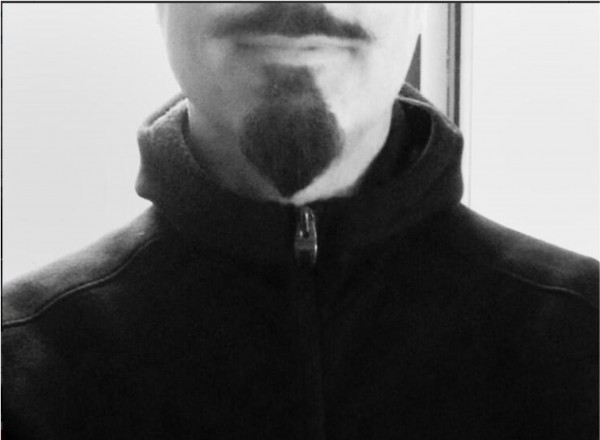