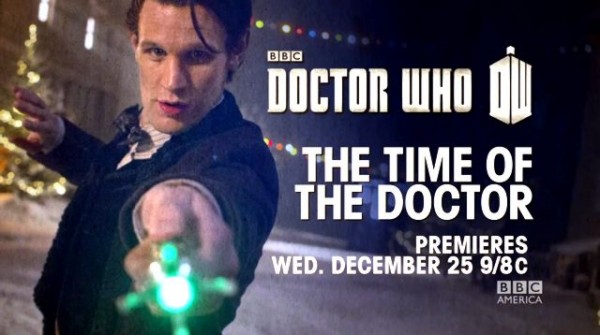 It’s always difficult to narrow down an entire year worth of film and TV into 1 short post but we are here not to tell you what the critics think was the best or what the most popular show or film was. We are here to tell you what our staff at TiBS thinks and what we enjoyed. If you like it too, share it with your friends.

So if you have followed our site for any length of time, you know that I am bias when it comes to Falling Skies. It is the show that got me into writing about shows in the first place. Going into its 3rd season, Remi Aubuchon pushed the limits of both the story and the cast into an all new dark side for the show. We will miss Aubuchon, as the 3rd was his last season. Season 3 showed us that Falling Skies is not afraid to get a little dirty and get a little dark and push the limits on the story. Going into season 4, the new show runner David Eick has already shown us in a short preview, that everything has only just begun. It is a strong SciFi apocalyptic invasion story that not only brings in the die hard alien and scifi fans but also draws in families. Airing in over 100 countries, plan on it sticking around for awhile.

Let’s for a moment ignore the Author and his personal views and look at the story and what it teaches about tolerance. If nothing else, 2 main themes came out of this film and the story “The sins of our past, effect our future” and “the way we win matters”. Humanity has always prided itself on winning wars for one reason or another but what most films do not dare show you is how the sins of our past taint our future. Ender’s Game doesn’t shy away from revealing how the adults in our world are perfectly okay with leaving the burden of their sins on the backs of future generations just to satisfy their need for conquest.

A wise person once told me never google a character from Game Of Thrones because you will end up learning how they die. No wiser words were spoken when you consider this last season contained the Red Wedding. I have personally not read the books, but HBO has not shyed away from the gritty stories and death that occur in Game Of Thrones. One thing is for sure, The Starks will be king of the dead before anything else.

Fringe was a rare bird in that it was a hard sci-fi show that aired on a broadcast network (FOX, no less) and managed to survive.  The fan base was small, but both vocal and loyal, and FOX listened.  The network still scorned for canceling Firefly stood by Fringe and the fans as if paying penance for taking the sky from us.

The great thing about Fringe, at least to me, was that it filled a void left by The X-Files.  At first it tried a little too hard to be something of a reboot of that show, but quickly found its own identity and became one of the best science fiction television shows ever made.  With top-notch writing, acting, and production values the stories were almost always riveting.

This mention would not be complete without recognizing John Noble, who made his mark on geekdom with his pitch-perfect portrayal of sympathetic mad scientist, and lover of red licorice, Walter Bishop.  Walter will go down in history as one of television’s greatest and most beloved characters.

A “best of” list wouldn’t be complete without bringing in the TARDIS for a bow.  2013, or more specifically, November 23, 2013 marked the 50th anniversary of the longest running science fiction television series in history.

There was a lot of trepidation on both sides of the screen about how the big five-oh episode would turn out.  Thankfully, all those fears turned out to be unfounded.  When The Day of the Doctor arrived, it proved to be easily one of the best episodes of the show’s long history.

When BBC America first announced this original production, there was a little hope and a little worry.  The concept of someone finding out they were a clone wasn’t really all that original and the show could’ve gone down the been-there-done-that path with ease.  Instead, what we got was a show that blew us away with its twists and turns thanks in no small part to the incredible acting of star Tatiana Maslany and her uncanny ability to be several people at once.

It’s good to know that Orphan Black will be back in 2014.  I fully expect it to make next year’s list as well.