Happy 2014 and Thank Grimm for only a 2-week hiatus! Just a note – I’ll be focusing on reviewing the show from now on and skipping the recaps. You are watching the show, right? 😉

Was I the only one who watched the very beginning of the episode and really thought they were playing the pilot episode of the series instead of the new one? The homage to that episode was striking, but… why? The scene had no bearing on the rest of the episode, and all it really showed us was that Nick can run really fast and he doesn’t sweat anymore. I liked it, but I’m not sure what the point of it was.

Juliette’s friend, Alicia, brings a new subplot as she escapes from her abusive husband. Nick sees Alicia woge – she appears to be a Fuchsbau – but he doesn’t say anything to her or to Juliette. Perhaps he thinks that she’ll tell them, but she hasn’t picked up that Nick is a Grimm yet (it’s still not clear how Wesen sense that), so why would she? When they discuss her husband, Joe, she hints that he’s dangerous, but she doesn’t go into detail as she thinks Juliette and Nick are just humans. At the end of the episode we see her husband outside Nick and Juliette’s house and see him woge, too – guessing he’s a Klaustreich – which means it’s going to be a big mess when he finally confronts them. Another random thought – could Alicia and Rosalee be related? 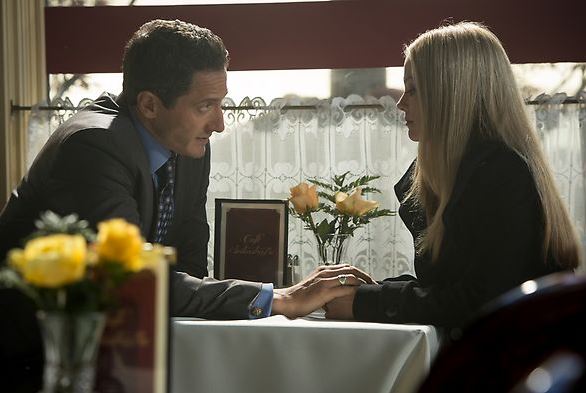 Renard finally had his meeting with Adalind in Vienna, and although it was very short, it was definitely to the point. Renard reiterated what others had told her previously – that all anyone is going to care about is the baby, not her, and she has no friends. He also hinted that he could be her friend. She did tell him that she didn’t know if the baby was his, so he has more than one reason to want to have control over her and the baby. But he doesn’t know about her deal with Stefania…

The case of the week portion of the episode was great. The Koschie is a very interesting Wesen in that he has powers that can be so good – but also so bad. Having his attempted killers be the children of a man he assassinated during his ‘bad’ period even though he’s ‘good’ now was a fun twist – as was his dying to save the girl who tried to kill him after his wife tried to kill her. I also thought it was fascinating that what little Nick, Hank and Monroe could find on Koschies included that Rasputin was one – I love it when the writers find a way to tie in real history. 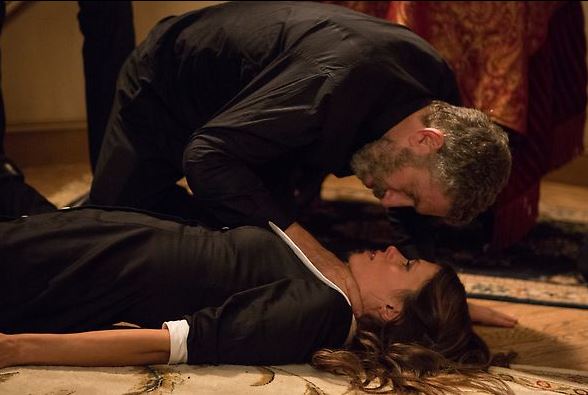 Speaking of Monroe, I missed seeing more of him – and anything of Rosalee! – in this episode, although it was good to see more of Renard and a bonus to see Sasha Roiz speak Russian. Maybe he’ll have reason to speak French in a future episode…

It also seems that Hank might have another chance at a girlfriend, though she seems reluctant at this point. Here’s hoping she’s less poisonous than the last one was.

Next week should be interesting as more developments happen with Alicia and her husband, and hopefully a lot more!