This week’s episode concentrated on the plot of the week and Monroe going with Rosalee to reunite with her mother and sister, but something was lacking overall.

Revenge killings for the cover up of a gang rape of a soldier… there just didn’t seem to be enough emotion invested in any of the characters involved. I realize that it’s tough to take on such a big issue in one episode on TV, but perhaps the writers should have made it a two-parter… or just gone a different direction entirely. The depth needed for the characters as well as the horror for this – even a past event – just wasn’t there, and it brought down the whole episode – not to mention selling such an important issue far too short. I expect better of you, Grimm. 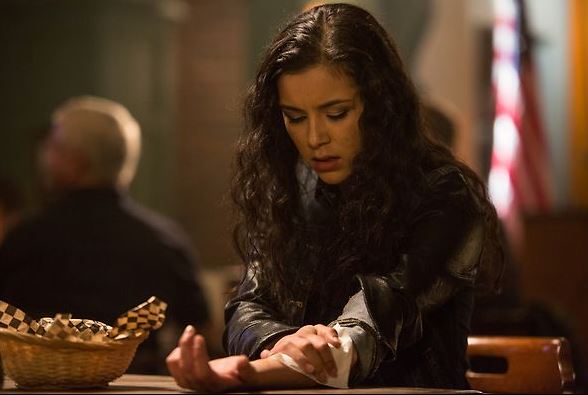 It also was odd that it took so long for Nick or Hank to jump to the ‘It’s a Wesen killer!’ card and head to the trailer for more info. Usually, as soon as a case is even slightly hinky one of them wants to check Aunt Marie’s books or call Monroe. I guess you can blame the scorpion stinger being sort of dagger-like and throwing them off for a bit, but really – they’ve blamed Wesens more quickly for less in the past. It was also a bummer to have Juliette regulated to just a little bit of research in this episode after being such a big part of the last one.

About the only redeeming part of the plot of the week was the fight scene between the old and young manticores at the end. As we usually see Nick, Hank and the others kicking Wesen butt, it was interesting to see Wesen fighting each other, and the special effects team deserves kudos for the scene. 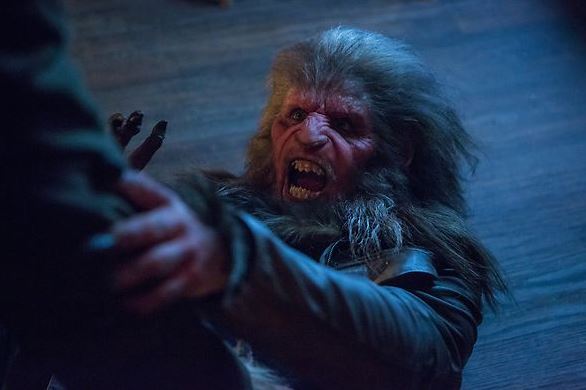 Then we have the Rosalee family reunion, plus Mom and sis meeting Monroe. I wish I could say that this was done well, but I have problems here, too. First of all, the seven year thing – we get an explanation as to where Rosalee was for her father’s funeral (in jail, ack) and what set off the long separation… but what the hell happened when Freddie died? Did we miss Mom and Deanna coming to his funeral? And how did Rosalee end up taking over the spice shop without the two of them being involved at all? The devil is in the details, Grimm writers.

The other thing that bothered me about this was that Rosalee told Monroe what she expected to happen with this reunion… and then – that was what happened. Borrrrring. Surely they could have shaken things up a little bit? Bitter sister, sad and forgiving mother… and suddenly after Rosalee’s confession, forgiveness occurs all around. Deanna then warning Monroe not to hurt her little sister was again predictable, but fun because of Monroe’s reaction. Don’t get me wrong – I’ve loved Monrosalee since they began, but I’m really hoping for more when Rosalee meets Monroe’s parents. I do have to say that Silas Weir Mitchell and Bree Turner were excellent, even though they deserved more to work with.

And lastly we have Adalind and Renard. The little episode in the cafe was cute – Adalind looked both shocked and pleased as she realized what she and the baby had done. It’s interesting that Renard jumped right to the fact that Adalind must be getting her powers back, when we know – because of all the crazy stuff Adalind went through with Frau Pesch and Stefania – that a Hexenbiest getting her powers back is no simple thing. Is Renard that clueless about the Wesen half of his heritage, or will he make the connection that Adalind is up to some serious No Good with the unborn child that could be his? Maybe Renard should call his mom and ask…

Grimm, this episode was a clunky mess, but don’t worry – I still love you. Here’s hoping you’re back to your usual self next week!