What a difference a week makes! This episode was SO good!! 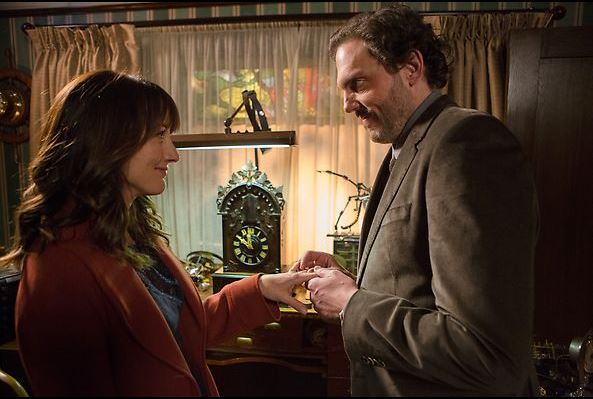 So first – The Proposal! Yes, I cried, I admit it – it was just SO well done. Monroe using the cuckoo clock was uniquely him and perfect for him and Rosalee, and his nerves the whole night were adorable. Rosalee’s reaction was perfect and sweet, and overall, Silas Weir Mitchell and Bree Turner were just so wonderful. It’s absolutely one of my favorite TV show proposal scenes ever – kudos to the entire Grimm team! And now I’ll stop gushing.

On to the plot of the week(s)… this one is much more interesting. The Wildesheer, or beserker, seems like a great Wesen to have in your army during a war, but this particular guy has his own personal war going on. He wants to defeat anyone in the military, police or similar professions who are, in his opinion, worthy of being made into his super-creepy coat of scalps, so OF COURSE that means Nick is his next target. I did like Hank asking Nick if it was finally time to consider a Wesen, and Nick saying yes – especially in comparison to last week. It’s good to see that even the characters are aware that their internal default setting for criminals equals Wesen, and granted that always does seem to be the case in Portland, but still. Obviously, we’ll see how the rest of this plays out in the next episode.

Juliette emailing Nick’s mom – and then his mom suggesting that Juliette be their go-between – was an interesting idea on Juliette’s part and really does make a certain amount more sense… except for the fact that anyone who might be after Nick would surely have done their homework and would know that he and Juliette live together. But hey, it might help – and it gives Juliette more to do. 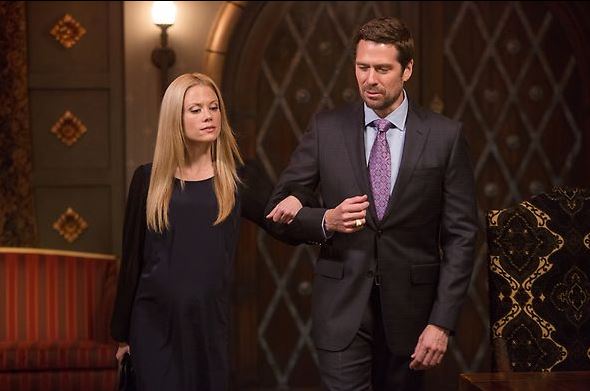 Now on to Adalind and… her demon baby? Normal – even part-Wesen normal – is not in the cards here, and now it seems that the kid wants out early. On top of that, everyone knows she’s pregnant, and they also know it’s either Sean’s or Eric Renard’s child, so it seems like it’s going to be a race as to whether Stefania, Prince Viktor or Sean Renard and friends get Adalind and the child first. This just isn’t going to be pretty, folks. Sean’s the only one whose motives might be slightly less nasty, but even so… we really don’t know with the Captain.

And that leaves us Monroe’s parents. WOW. We knew things weren’t going to go smoothly after Rosalee’s sister’s Blutbad comment in the last episode, but I can honestly say I didn’t expect them to be as mean and awful as they were. I’m glad to see that the mixed-Wesen-species relationship issue is being dealt with more fully, but the parents are so extremely bigoted… if they suddenly turn around and love Rosalee, that’s going to be completely unrealistic. So it’ll be interesting to see how this works out – and if they’ll explain more why a Blutbad and a Fuchsbau would be such a bad pairing… or are they against any mixing of the Wesen species? I can’t see Rosalee breaking off the engagement over this, but clearly Monroe has a lot to figure out. And then Nick showing up when his parents are already worked up… I fear what we’ll see in the next episode. Monroe put himself between his parents and Nick, so I hope no one gets badly hurt before the explanations can begin.

The end card with just Oh #*@%!!! on it sums the episode up nicely for so many reasons. Can I just say, “ARGH CLIFFHANGER AND NOW WE HAVE TO WAIT FOR OVER A MONTH!!!!”? See you after the Olympics, everyone! 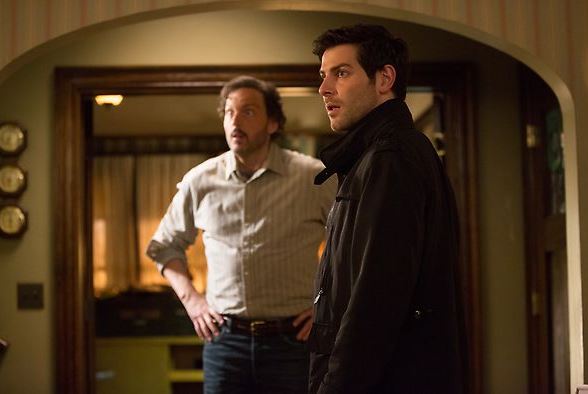