By: Tom Gardiner
ABE Beyond the Basement Door Errors of the Human Body indie films Pig Rha The Candidate

Proving that it is possible for me to write about something other than Doctor Who, I’m offering up a list of our favorite indie genre projects of 2013.  This is by no means a complete list and is in no particular order since we love them all, but these are our favorites.  There are many more indie projects from 2013 worth looking over on our site and we’ll be bringing you even more in 2014, so stay tuned. 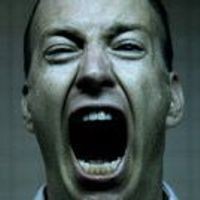 What if you could kill someone simply by wishing them dead?  That’s a question The Candidate asks, and it answers it in a most unexpected way.  Reminiscent of The Twilight Zone, this short starring fan favorite Robert Picardo will have you glued to the screen for every second of its 20 minute running time.

The Twilight Zone was a show that always had the perfect balance of psychological horror and irony.  A few remakes have been attempted, and while they were pretty good, only a few episodes actually managed to capture the elusive spirit of the original.  The Candidate is an indie short that would’ve fit perfectly into Rod Serling’s monochromatic world of terror and tobacco smoke.  In fact, had it been a part of the original TZ I have no doubt it would be regarded as one of the best episodes of the series.

Watch the entire short embedded below.

If only someone would give filmmaker David Karlak the reins to another iteration of The Twilight Zone.  If they did, I think it would be in the best hands the franchise has been in since Mr. Serling himself guided the anthology into immortality. 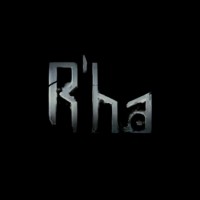 If you haven’t heard about R’ha (pronounced “ray”) by now then it’s well past time you familiarize yourself with the amazing work of a 23-year-old student who made the short during his first year studying film and animation.

The short has no human characters in it at all, but the humanity of the protagonist clearly shines through.  While the synopsis is simple, “A member of an alien race is being interrogated and tortured by a machine,” the execution is intricate and impressive.

R’ha is being prepared as a feature film and has some pretty big names behind it.  Matthew Graham, the creator of Life On Mars, is on tap to write the script and Rick McCallum, former head of Lucasfilm, is producing.  To keep up with news about R’ha click on over to the R’ha Facebook Page.

Beyond the Basement Door 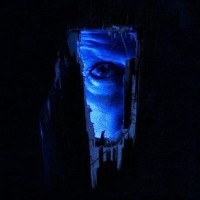 Let me start by admitting I’m not generally a fan of horror movies.  That stems more from filmmakers using gore and cheap scare tactics as a hollow replacement for real psychological terror.  The scariest things are the ones you don’t see.  Beyond the Basement Door represents the best and truest kind of horror film.  It’s intelligently written, well-acted, and professionally produced

A man who understands not only horror, but real storytelling, is Jason Huls.  Along with Chad Burns (L5) and Paul Lyzun (Without Charity) they form the independent film company known as Ten Wing Media.  Formerly Ten Wing Films, they’ve rebranded to better represent the products they produce.  Check out their site for existing and upcoming projects (which I’ll be covering here at Three If By Space).  Be sure to give ‘em some love over at the Ten Wing Media Facebook Page, too.

Jason did me the honor of letting me screen Beyond the Basement Door, which was an excellent film.  He then let me interview himself and Chad Burns for a 2-part article about the film and the future of online media distribution.  Part 1, which you can read by clicking HERE mainly covers the film, while part 2, which you can read HERE covers the future of their company, the passion indie filmmakers have, and how online distribution is changing the face of entertainment.

Want to watch Beyond the Basement Door?  Watch the trailer and you’ll be racing to the links below for the full film.

You can rent or buy it from IndieReign for as little as $2.00 by clicking HERE.  Oh, so you’re one of them cheapskates, eh?  Well, you can download it for free (and legally) on Vodo.  If, after watching, you feel it was worth some buckage you can make a donation and ease your cheap, cheap conscience.  Click HERE to get it free at Vodo.

Errors of the Human Body 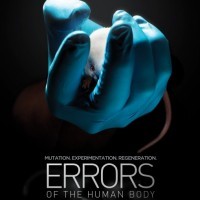 Genetic research is a subject that’s pretty much everywhere these days with breakthroughs seeming to come every week.  That’s one of the things that helps make Errors of the Human Body feel so realistic.  We, the general public, really don’t know just how far genetic research has probably come, so watching a film on the subject really has a greater impact on us as viewers than something out of the world of fantasy.  The film by Eron Sheehan is a psychological thriller and mystery that combines elements of science, horror, and action to create a thoroughly fascinating story that the viewer will feel could actually be true.

The official synopsis for the film is as follows: “Seeking a new laboratory to pursue his controversial genetic research, Dr Geoff Burton takes up a position at the world-renowned Institute for Molecular Cell Biology & Genetics in wintry Dresden, Germany. His contribution to their most top-secret project – a human regeneration gene – has the potential to make something miraculous out of a personal tragedy that has haunted him for years. But when he uncovers a conspiracy amongst his colleagues, he finds instead something quite different: a terrifying new virus, with potentially devastating consequences for humanity – and for Geoff, who is not only its first victim, but its unwitting source.”

Here’s the US release trailer for the film:

Visit the Official Errors of the Human Body Website to see all the options for watching the full film.  You’ve got a wide array of choices to watch the movie.  It’s available via Hulu, cable VOD, SundanceNOW, iTunes, Amazon Streaming, Google Play, and many other digital outlets. 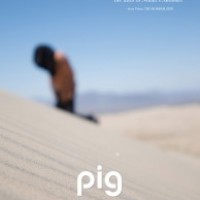 Technically, Pig should’ve been one of our 2012 picks, but since we didn’t do an article last year and because Pig has been making waves throughout all of 2013 it definitely deserves a spot.  The movie doesn’t rely on special effects, but instead uses a strong story with an intriguing mystery to keep you engrossed until the final frame.

The movie synopsis: “A man wakes up alone in the middle of the desert with a black hood on his head and his hands tied behind his back. At death’s door, he is discovered by a woman living alone in the desert and is nursed back to health. Upon regaining consciousness, the man realizes he has amnesia, and has no idea who he is. His only clue, a piece of paper in his pocket with the name “Manny Elder” on it, sends him on a journey to Los Angeles to discover his past. But things and people are not what they seem and clues lead to something bigger and more unusual than the man could have ever imagined.”

For more information on Pig, visit the Official Website of the film. Independent filmmaker Rob McLellan seemed to have formed a question in his mind, then answered it with terrifying results.  The question his film seems to ask is, “What do you get when you combine Dexter, C3P0, and HAL9000?”  It turns out you get a lovesick, obsessive, homicidal robot whose good intentions are anything but.

According to the film’s website, ABE is now set to become a feature film at MGM.