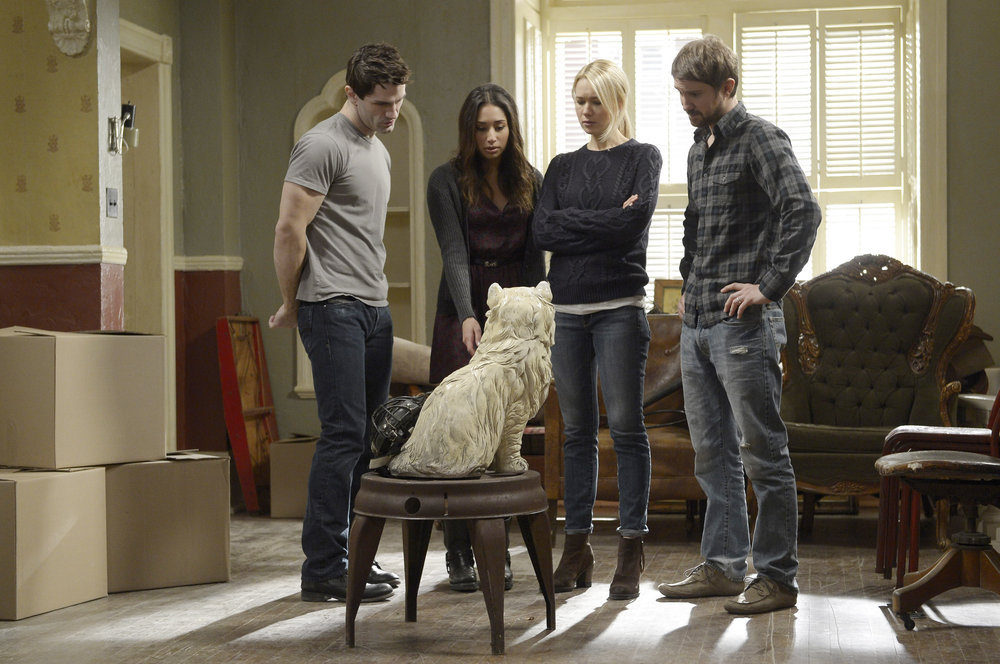 Well what can I say about tonight’s episode? Well it was truly bittersweet. It was a good episode but it was the next to last one and there is an emptiness in us all as the credits began to roll. I am still saddened that this show is going off the air.

Anyway so lets chat about tonight a little shall we? 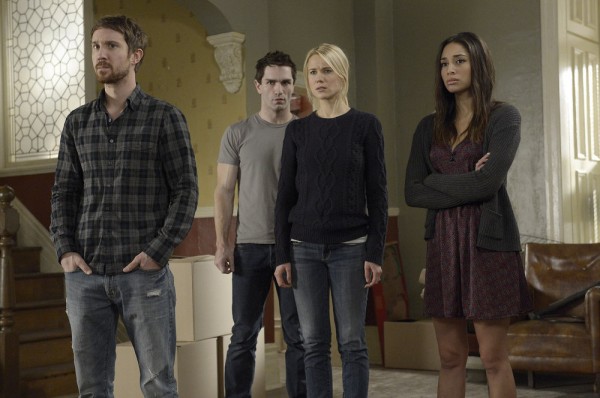 It was moving day for our Supernatural gang and things got a little interesting as we found out who…no who….Ramona really is. As the gang packs up Ramona begs them to stay spouting things like she thought they were friends and that she would be lonely if they left her. Sally wants to help her get her door, because she feels there is nothing for her now that everyone else is moving forward, but Aidan reveals some more of his feelings and asks her to move in with him and Nora tells Josh that they will be moving on together. Then Beatrice shows up. She tells everyone that she had a twin and that her parents never acknowledged her because she was to be used in a sacrifice to a demon. While she is telling her story Ramona shows up and Bea can see her because their twin connection is stronger than death. However the reunion isn’t as sweet as one may think when Ramona blames her for letting their parents kill her and she kills Bea. When the Supernatural gang tries to flee the house they exit the front door and find themselves in different rooms. 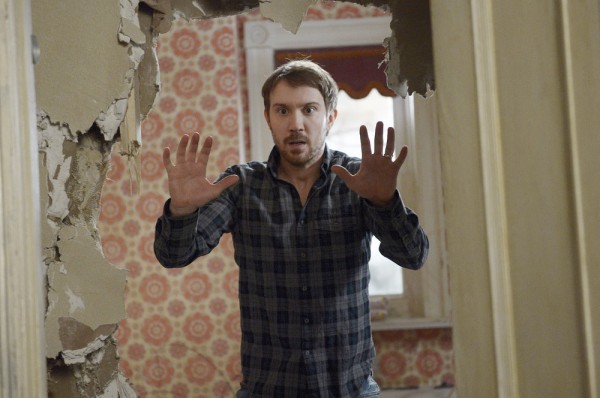 Sally is in the bathroom with Kat who is taunting her and hurting her by telling her that Aidan doesn’t love her. Nora finds herself in her and Josh’s room with a drunk/drinking Emily, Josh’s sister, and she is being told that Josh is evil and needs to be destroyed (we also find out Nora’s preggo..yay). Josh is in the kitchen with his ex Jules who is trying to convince him to off himself so he doesn’t hurt anyone else. And Aidan is in the basement with Henry who is trying to convince him that vampires do have an afterlife and that he should off himself. 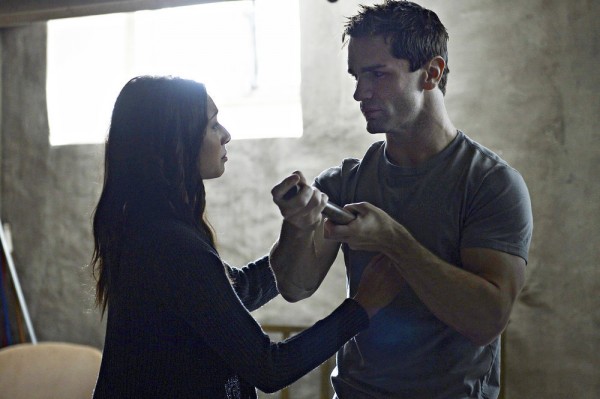 Sally being the first to discover that Ramona was being her torment confronts the little girl and we learn that Ramona isn’t a ghost but she is the evil of the house and she the blood and carnage to thrive. The Supernatural gang’s bond is strong and Sally is able to save everyone from their demise.

Ramona locks them all in her secret bedroom until Kenny shows up to his revenge on Josh. Ramona lets Aidan out and he and Kenny get into a fight, Kenny is pissed that Aidan lied to him about Astrid’s death, and in the end Aidan stakes his son. Before he turns to dust Kenny tells him that Sally is gone and that it is all Josh’s fault.

When Ramona lets the others out Aidan can’t see Sally anymore and Sally gets a flash of a future she saw where Aidan kills Josh and it is happening before her eyes. Just as Aidan grabs Josh’s neck Sally yells “Stop” and our episode is done for this week. yikes!!!

One can only hope that Sally can stop this course of action, but that would mean using her magic which….oh my goodness I sure hope I am not right about my assumption. Again I am going to say that I want the series finale wrapped up in a cute, pretty bow. Please oh please let that be what happens. 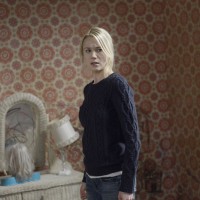 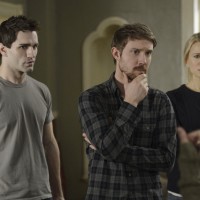 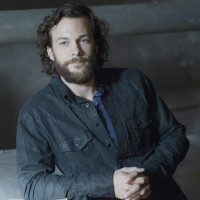