Give Star-Crossed a Second Chance 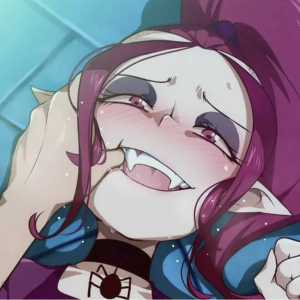 As an Avid Watcher of CW’s Arrow, I managed to see some previews in the past few months for the new show Star-Crossed. My first impression was an “interstellar Twilight meets Romeo and Juliet”. The name of the show is so much of a pun, you’d think it was something on USA. The cast appeared to be full of the typical CW beautiful over aged actors playing as teen agers. This re-enforced my initial theory of the show. I was not in a rush to see the pilot when it aired.

Out of boredom, I watched the pilot on CW’s website. Nothing too special. The acting was OK for a CW show and the plot was nothing to write home about. Then, I watched the second episode. The storyline started to pick up and ask more questions that made the show incredibly interesting. In short, the show takes place on Earth 10 years after a Tattooed (birth marks) Alien race known as the “Atrians” flee their dying home world. Their arrival was thought of as an invasion. This reminded me of the episode of Star Trek Enterprise with the alternate timeline, when the humans mass murdered the Vulcans who made First Contact. Many Atrains are killed (number never fully revealed) and the others are quarantined with round the clock military supervision. The sector the Atrains live in pulls heavily from the city of Defiance. Shanty town with alien (or in this case, Atrain) tech wide spread and unfavorable conditions of living. The focal point of the show is an integration program. Seven Atrain “teens” (again CW’s magic at work) going to human High school in an effort to help bring the Atrains and humans closer to peace.

On the day of their arrival (Arrival Day) Roman (the main character, who is an Atrian male) was helped by a human girl Emory. She let him hide in her back yard shed, gave him a blanket (implied so he didn’t freeze), and some food while he was separated from his family. Roman is one of the 7 chosen to enter highschool and there is reunited with Emory. [Insert Typcial Teen Drama Plot] The show does a pretty terrible job at portraying the gesture that causes Roman to feel so in debt to Emory over. The main reason being that Arrival Day was in September and the show takes place in my home state of Louisiana. It is never that cold in Louisiana during September or not at least to make you freeze to death. Seriously, you feel in debated to someone because of a blanket and a bowl of cold spaghetti? If you only watch the pilot, you’d go on thinking that they have built an entire show around this and will get canceled in the first season. Not the case.

The Atrains are severely divided into tribes but, all unified under one leader. The leader of the Atrains just so happens to also be Roman’s father. Nox, was in talks with Human officials to help integrate the Atrains with the rest of the society of Earth. The Integration Program was his pet project. From the second episode onward a huge plot starts to unfold. Integration is met on both the human side and the Atrain side. The Humans are extremely Xenophobic and the Atrians feel that they are superior. Once you are made aware of the Atrian resistance you find that it goes far deeper than just those that disagree with this ideology. There is a sect of Atrians that have had their signature Tattoos/Birthmarks removed and they are working with ‘terrorists’ in the Atrian sector by posing as humans. It is then revealed that most of the Atrians that were believed to be killed, were not. Many escaped and it was reported as a slaughter to cover up how many Atrains are unaccounted for. Some are of these opted to have their tattoos removed (they have not revealed how) and help the Atrain Terrorist cause to over throw humans. The humans that oppose Atrains call themselves “Red Hawks” and work by spreading propaganda and various forms of hate crimes. The typical Boy/Girl romance element is present in the show but, it almost feels as if it is takes a backseat to this power struggle. They have only scratched the surface of the involvement from the Red Hawks and Atrain Terrorists on each society.

The show is only in its 5th episode, so it is too early to tell if this will turn into something great. The Elements of conspiracy, Alien Magical Tech, culture, and struggle of society makes this show worth watching even if you were turned completely off by the pilot. All in all it feels more like something that would be better at home on Syfy that CW.

Star-Crossed airs on Mondays on the CW at 8/7c.