Grimm Review – Once We Were Gods

There was a lot going on in this episode, so let’s get to it! 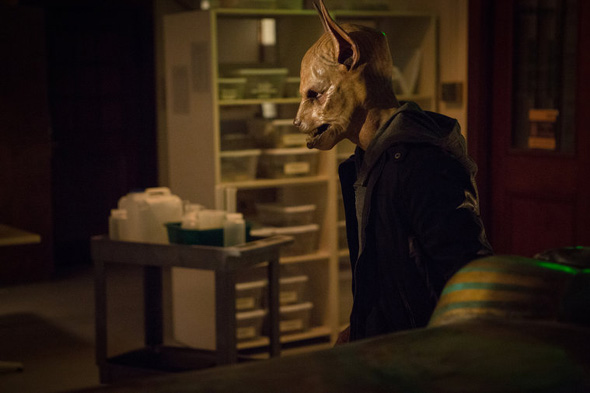 I personally love anything to do with archaeology as well as ancient Egypt, so I really enjoyed the Anubis story, even though it’s really creepy that the ancient Egyptians were able to find a way to mummify a Wesen that’s in woge. The Beati Paoli – a Wesen vigilante group who oppose the display and collection of Wesen relics and remains – and their mission are somewhat understandable, but when they kill the guard, they go too far. 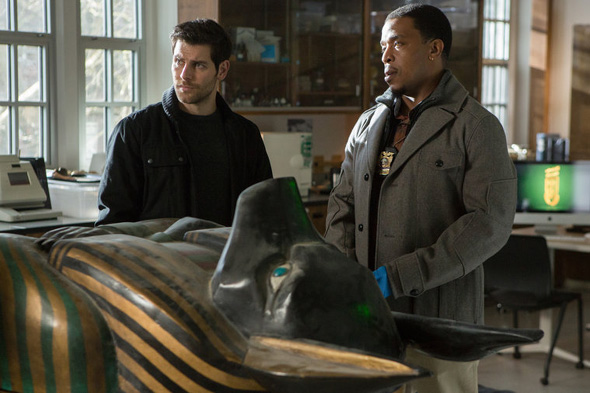 Monroe’s and Rosalee’s strong reactions against the Anubis mummy and other Wesen relics being studied by humans (Kehrseites) was very interesting, as was Monroe’s question that led to the title of the episode: Once we were gods – what happened? It’s very easy to think of many of the Wesen in Grimm – especially Monroe and Rosalee – as not that different from humans (they are pretending to be human most of the time, after all), but this situation in particular brought it home very clearly that no matter how friendly they may be, Wesen are Other. Nicely played, Grimm writers. 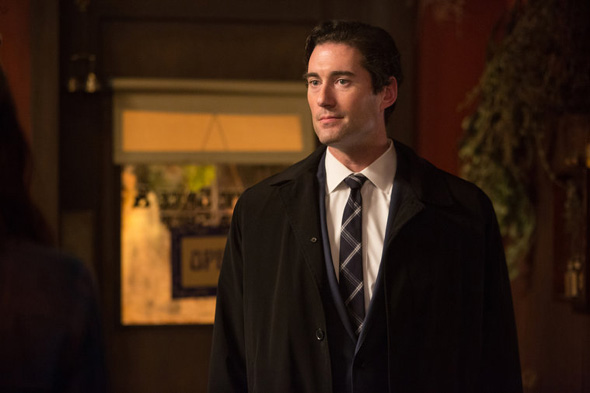 The fact that the Wesen Council got involved enough to send Alexander and ask for the Grimm’s help was also telling. Considering what the CT scan alone showed, it was very necessary that the Anubis mummy had to be removed and destroyed (one assumes all the images and data were also destroyed), because humans being able to study a dead, frozen-in-woge Wesen mummy would eventually lead to the Wesen world being revealed, and that would be one hell of a disaster. Still, Alexander wasn’t completely honest with Nick about his true goal, and it will be interesting to see if the Council seeks Nick’s assistance in the future. 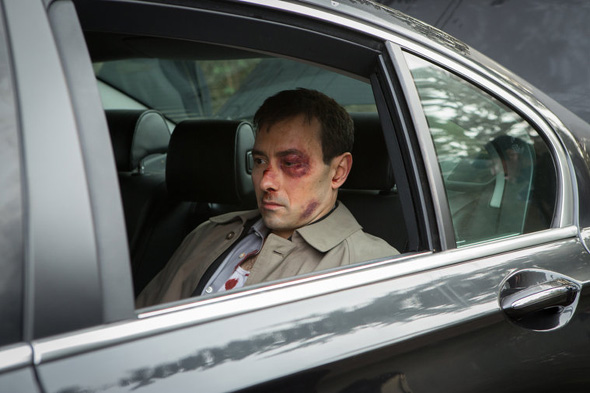 Poor Sebastian. I can’t help but wonder what led Viktor to him, but now that he’s been useful and led the search party to where he dropped Meisner and Adalind, it’s pretty likely that he’s going to be killed. He’s a traitor and a spy, after all. Not only is it horrible for him, it’s going to make things far more difficult for Renard and the resistance. 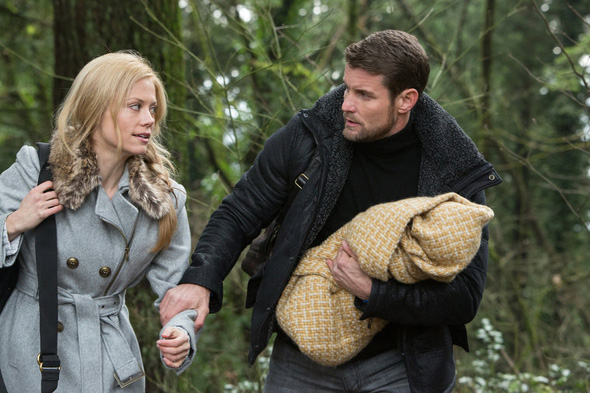 The little Hexenbaby (maybe Adalind will name her sometime?) is getting creepier and creepier. That little trick she pulled to get Meisner to bring in wood because she and Mommy were cold was brilliant but scary. What else can this little girl do? Hopefully Meisner will manage to get her and Adalind to safety and out of Viktor’s clutches. 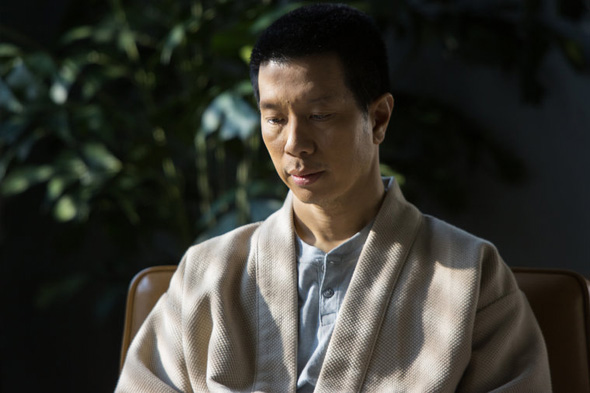 And now on to my favorite part of the episode – Juliette’s visit to Wu in the mental hospital. We’ve seen Juliette be awkward a lot in the past – especially when it comes to Wesen-related things, now that she’s ‘in the know’ – but her openness and tenderness as she told Drew about her own experience with seeing things and near-madness was done so very right. I admit it – I was half-expecting her to blow it and tell Drew that what he saw was real and he wasn’t crazy – but she didn’t, and at this point, I think that’s a good thing. It’s hard to write that, because I feel so badly for him, and I think he deserves to know the truth – but I also think that Nick and Rosalee made good points about why it’s not time to tell him… yet. Kudos to Bitsie Tulloch and Reggie Lee for a truly lovely scene. And now he’s out! I don’t think this will be the end of things, though. Fighting fear doesn’t mean forgetting. 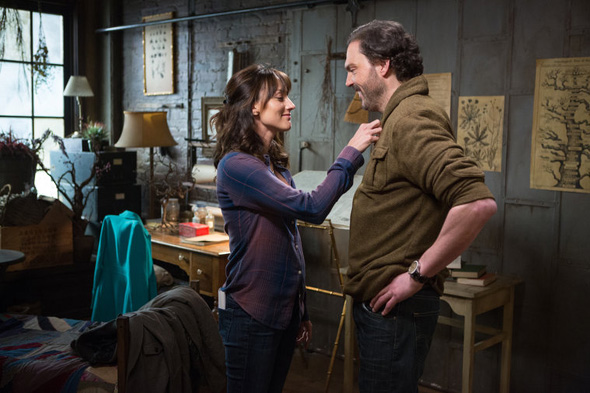 And I’ll just end with the fact that Rosalee and Monroe were meeting with a wedding planner! Yay for some happy Monrosalee!