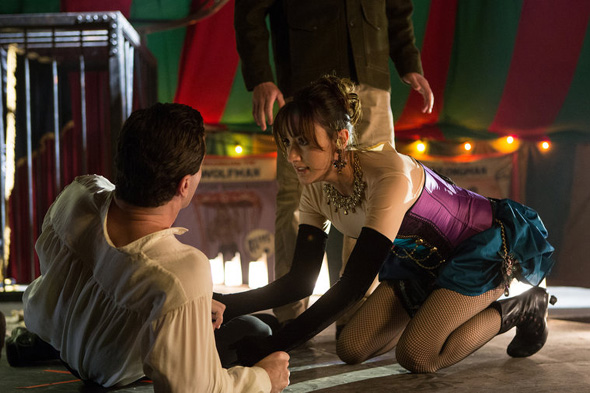 Grimm Review – The Show Must Go On

Another episode where Nick takes something of a backseat? Gasp! But it was really well done, plus I would never complain about more Monrosalee! 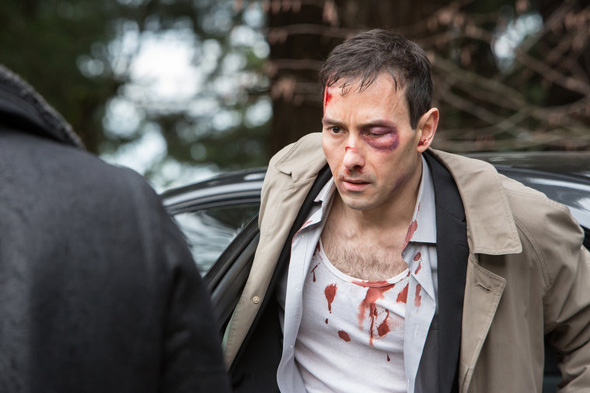 But first, let’s pause for a moment to say goodbye to Sebastian. I was afraid that he was going to die, but to see him sacrifice himself when he could’ve easily gone with Meisner and Adalind… I hope Meisner is able to tell Renard about it, though he can’t know for certain that Sebastian is dead. Renard should know just how true Sebastian was to him and the cause. His loss will definitely affect them, since they no longer have someone inside Viktor’s camp, as it were. 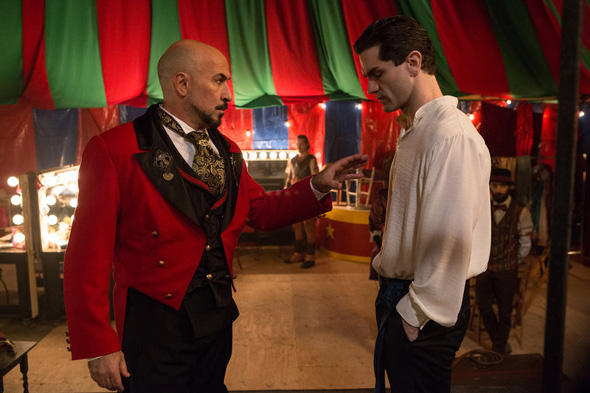 The Wesen carnival was interesting on a number of levels. The fact that it isn’t considered a violation of the Wesen Code of Swabia because the audience thinks what they’re doing is some sort of magic trick is fascinating. Unfortunately, it’s obvious that the Wesen were not treated well at all by Hedig, and poor Max was made seriously ill by his repeated woging. Hedig made it even worse by “cleaning up” what happened between Max and the two girls, leaving his umkippen-afflicted performer to think he had killed them, even though he didn’t remember doing so. Hedig may or may not have deserved to die, but it was still fitting that most of those he harmed were the ones who dealt him justice.

Rosalee’s unexpected turn as a performer was only unexpected in the way her bravery and desire to help manifested. That she had to convince Monroe to go to the carnival at all was telling – perhaps he’s getting more protective now that they’re engaged? But thankfully the two of them are so in-sync that even when Rosalee suddenly had a rather dangerous job, Monroe did his part by calling in Nick and Hank and then leaping to her defense. 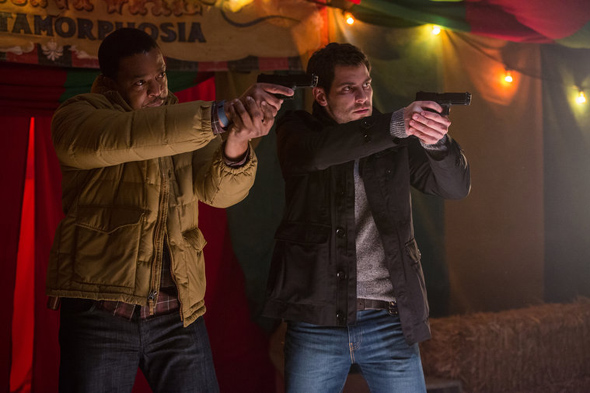 I also thought it was intriguing that we met another Blutbad-Fuschbau couple, even if they were having problems. Maybe Blutbads and Fuschbaus getting together are more common than we’ve seen so far? None of the other Wesen seemed to find the pairing odd, which shows that Monroe’s parents’ attitudes might well be the unusual ones. 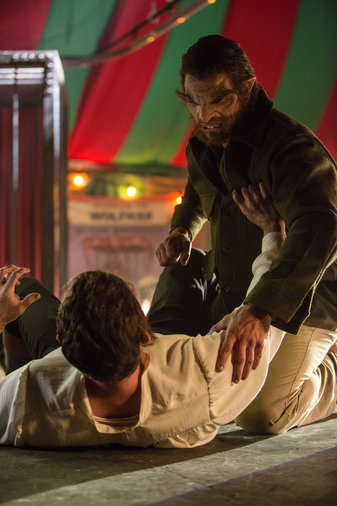 How sweet was it for Monroe to ask Nick to be his best man and Rosalee to ask Juliette to be her maid of honor? It was also sweet, in a somewhat twisted way, that Nick dreamed about his presence at the wedding – being a Grimm – would cause death and destruction. His worry is realistic, but hopefully Monroe and Rosalee have already thought of this and will have a solution when Nick talks to them.

Finally, Sgt. Wu is back on the job! He didn’t have a lot of time in this episode, but hopefully this will mean we’ll see more of him in the next episodes. Yay!