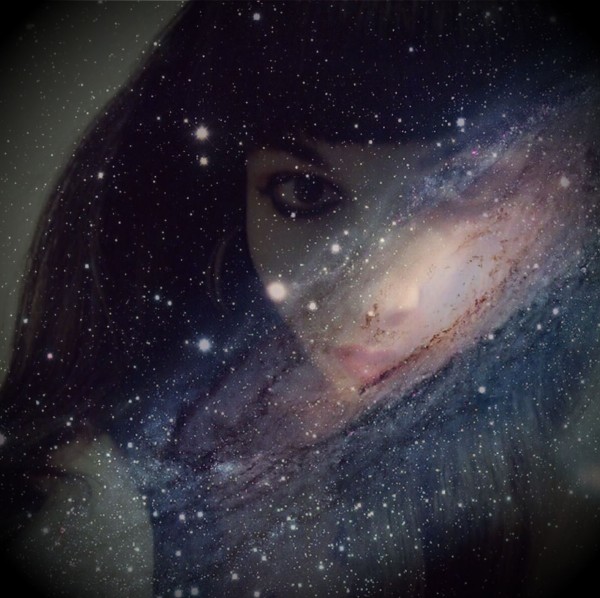 Breakfast was as scheduled but subdued. It was clear that everyone wanted to talk about Harrison’s demise but no one was willing to break decorum by bringing it up. A shuffling of half eaten plates was the only real break in the silence as the staff cleared their picked over meals, save Nina and Zeries who ate methodically with the warriors awareness of the need to be fully nourished at all times especially these. The ship made port at its first stop and on a normal day all passengers would have exited in haste as the ship was recalled back to its owners, however the passengers aboard this vessel had known precisely what they were getting themselves into and were in this for the whole journey.

Nina and Zeries slept the day away in shifts but it proved to be uneventful and by dinner they had left port and were off into space once more. Lord Neil approached Nina, Zeries, and Duport nervously after dinner as they made to head back up to Duport’s chambers, it still being the logical starting point of the evening’s renewed hunt.

“Excuse me.” The young baron stated timidly. “But I feel my best odds of meeting our mysterious stowaway are at your side this night, Lady Demon Slayer.”

“And also I thought it might be nice to hear some of your tales while we wait.” He flushed awkwardly and Nina and Zeries shared a bemused smile of shared playful awareness. “You know, to pass the time.”

“Very well then, dears.” Madam Duport answered for the party, turning her hover chair onward. “After me then.”

“Are you satisfied?” She hissed, whirling on her morose lover. “The rumors are founded and even we can hardly be held accountable for the actions of Death itself.”

Vodgel said nothing, looking away in dark dismay and Ducress groaned, throwing up her hands in fury as she stormed away.

“Fine.” She spat. “Stay here and martyr yourself if that’s the only way to clear your conscience but I am going back to our room to pack and at the next port we dock I am getting off this blasted ship. With, or without you.”

Vodgel sat back at the lonesome dining area defeated. Every part of him felt heavy with the nearly physical weight of his betrayal.

“Mila.” He whispered into the emptiness of the room and beyond.

Ducress packed loudly, in furious disarray. She hated him, she had loved him, stood by him, only to have the bastard choose that woman over her even in death. She felt stupid, used, a cliché. She had believed it but at the end of the day the only person Sir Vodgel loved in reality was himself. Even this trip had nothing to do with his wife, he wasn’t sorry, just guilty. Vodgel was only capable of purely egocentric emotion. Ducress saw this now, even if he could not.

“Well, screw him.” She muttered, shoving high-end dresses into her luggage like cheap rags into a drawer. “I’ll replace him. I’m young, beautiful, and Dashban Nobility. Plenty of other Lords and Royals will want me and may even actually be single.”

Suddenly, a chill blew against the bare exposed skin of her back via her low-cut gown.

Ducress swallowed slowly, her eyes closing in pained awareness of the cruel joke of what new suitor she was terrifyingly certain had come to court her.

Zeries paused, mid-conversation with the small party in Duport’s chambers.

“Right.” He replied to the voice on the other side of his com. “Secure both scenes, we’re in route.”

“Vodgel was found facedown dead at the dining table.” He informed Nina. “And Ducress in their cabin. She appeared to have been packing for herself alone, Vodgel’s gear remains untouched.”

Nina pursed her lips, giving a slow nod to herself. “No need to examine these ones, I have the full picture of what is transpiring her now.”

She plopped down. “We can sleep here secure tonight tomorrow Neil and Duport will get off, you and I will complete Jameson’s mission solo, Zeries.”

Zeries and Nina stood on the makeshift bow watching the last stop where they had left all on board but a skeleton crew fade on the monitor.

“You understand you will have to stay with the crew.” Nina asked turning to him calmly. “Death only came for them when they were alone.”

“Dead men tell no tales.” He murmured, sizing her up. “You may be the only person in the known history of the universe to look upon Death’s face and tell the tale.”

Nina smirked. “If I’m right, for me meeting Death in person will be just another Tuesday at the office.”

“Be right.” He said, and for a moment Nina could tell he wanted to kiss her but he embraced her in long firm hug instead. It was nice, Nina didn’t get many hugs.

The Demon Slayer smiled, giving his shoulder a little squeeze that hinted she would have been alright with a kiss as well before pushing off from his chest and rest a hand there smoothly as she looked up into those digital lenses. “Thanks.”

Nina’s quarters were actually quite lovely, not that she had spent much time there this trip but she found Horizon Corp’s decorative staff and her often shared the same decorative taste.

After this I am definitely going to need another vacation. She thought, her mind idly replaying the feeling of being in Zeries’ firm warm arms. And perhaps a bit more, somewhere warm where no one will no my name or even my face for that matter. A real getaway.

Of course, thinking such thoughts always stirred the memory of him no matter how much time or distance she put between them and the scarred over patch of flesh on her wrist itched treacherously.

The chill cut into Nina’s room and thoughts in almost distinct relief. Nina turned, sadly far more willing to face Death himself than the memory of that day so long ago.

Death was tall. Long, dark and thin with a large white grin in a heavily shaded face and bone white hands. It was as though the white of his grin and the white of those bloodless hands were all there was to him.

Nina did not know what to say, let alone do. It was clear the sight of him would be enough to have killed Duport’s sister Fridell upon first glance in her elderly weakened state but Harisson had been young and a man of science, there must be more to the mystery of so many deaths than just witnessing the mere face of Death.

Then, her visitor bowed, and extended his hand.

Of course, the touch of Death, that itself would be more than sufficient to end any mortal creature were the legends true and considering what currently stood before her Nina was more than willing to take this hypothesis on a little faith. Especially given what Death was asking of her.

She could see it now, the primal romantic loneliness of it all in such an age of longevity. How could he not seek out the contact he had been missing all these long moments between the passing of mortals in the age of youthful science? This homage to the past and those who fondly embraced such things must have seemed a welcoming beacon in his eternal lonely darkness.

Nina slipped on her gloves, took his hand, and they danced with only a fraction of leather keeping safe the boundary of life and death.

Then the silent song stopped and the both separated with deep bows.

Nina smiled brushing his dark cheek with her gloved hand.

“Any time.” She whispered with a soft kind smile. “Until that day it’s time to dance with gloves off.”

Death brightened then, that grin the largest she had ever seen, and then he was gone just as suddenly as he had come.

Nina shook her head softly and began packing, humming a waltz and picturing the beach somewhere with vibrant warrior men and exotic drinks. 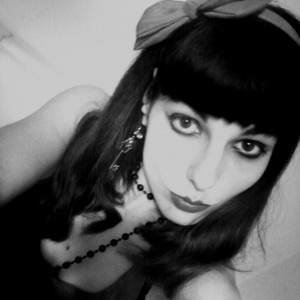