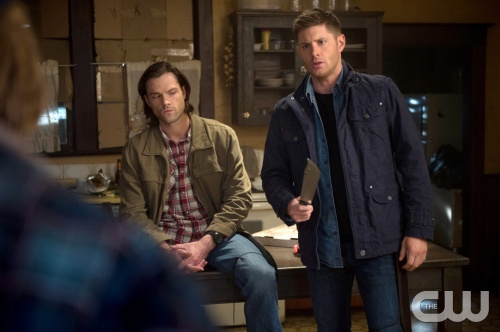 Hey it was great seeing Sheriff Mills again. It wasn’t the same without Bobby, but she adds a great, strong female character to the show and I enjoy it when she is on.

So tonight’s episode was about vampires, a lost soul (of sorts) and voids to fill. Doesn’t sound very interesting, but frankly the show was pretty darn good, and if I can be superficial for a moment so did the boys…yowza. 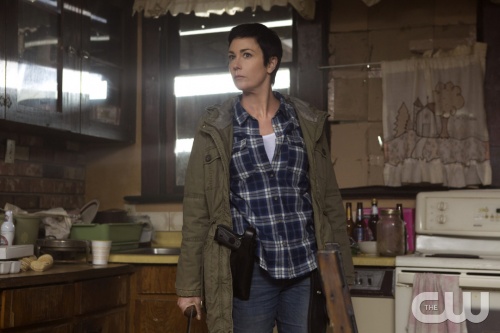 Tonight Jody AKA Sheriff Mills, saves a young woman from a vampire. Before she killed the vamp she heard that there were others after the girl so of course she calls Sam and Dean in to help her.

During their interrogation, in which she called them out as hunters, they didn’t learn anything about the nest, but Sam did notice  the layered bit marks on her. The girl did reveal that the vampire Jody killed was her brother and she was loyal to her family. Jody finds a match to her DNA and she is a girl named Annie who was kidnapped from her elderly Grandmother eight years prior. They Scooby Gang deduces that she is a blood slave to the vamps and they aren’t going to give her up with a fight. 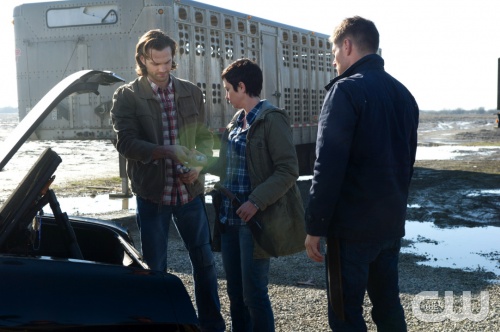 Jody takes the girl to her family cabin while the boys set out to find the vampire nest. Jody has become a little attached to the young girl trying to fill the void of her lost son. The boys find the nest and there they learn that the girl was a lure. The vampire family used her to bring in their food instead of them hunting for it. It is safer for them to do it that way. They also learn that there is a female vampire who is creating her own family, but she wont change Annie, who goes by Alexis. 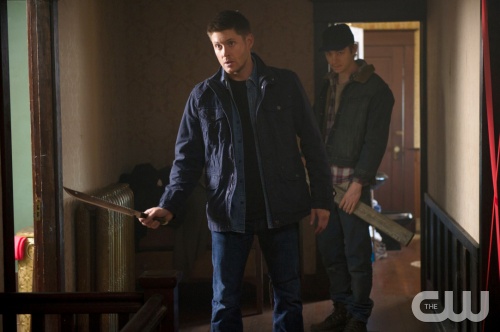 The Winchesters get back to Jody after Alexis is taken again and they set out to clean up the next and if they can save Alexis, but Jody’s mission is the opposite. At the next the vamps get the drop on the gang and while Jody learns that Mama has fed Alexis her blood and that she is using the poor girl to fill her own void of a lost child, Sam and Dean or upstairs facing off Alexis’ brothers. 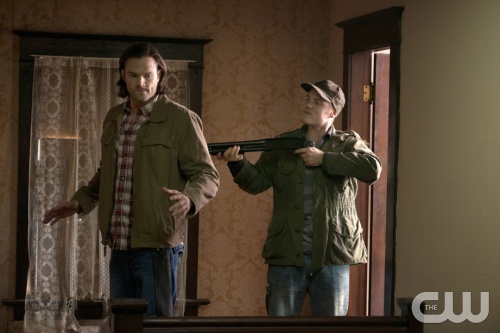 The boys get out of their situation and when they enter the basement to save Jody they find the cop just as she cuts the head off of Mama. You see she was about to be bitten but Alexis injects Mama with dead mans blood leaving her weak so that Jody can take her out.

In the end the boys give Alexis the cure and it seems that Jody will care for the girl. 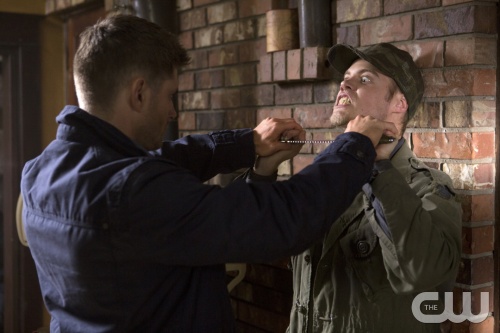 It was a good episode and I have to admit that there is a little familiarity there. Dean went after the vamp full force and Sam comments about how much it seemed that Dean liked it. Hmmm it wasn’t too long ago when Sam was the amped up one, right?