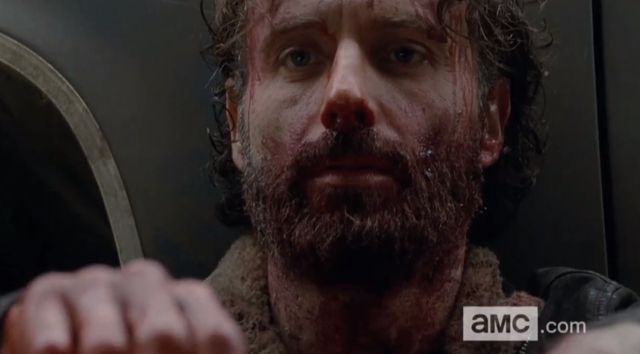 The Walking Dead: A Season 4 Post-Mortem

“They’re screwing with the wrong people.”

The Walking Dead continually explores the question, “How far would you go to survive and can you retain your humanity?”  The answer to the first part of that question is, “As far as is needed,” which isn’t a surprise at all.  The answer to the second part of the question, however, depends upon the person.  Almost everyone on the show has done multiple things that would normally be considered unthinkable, but in a world ruled by the undead that’s what it takes to survive.  We’ve seen some people snap back afterwards and others simply snap.

In Rick’s case, he’s done both, but he somehow managed to find his way back to sanity.  That’s not to say he’s “okay” by any means.  I think once you’ve gone over the proverbial edge a part of you never makes it back and, sadly, that’s almost a necessary prerequisite for survival in the world of The Walking Dead.  We’ve been shown numerous times that in order to survive you’ve got to do literally whatever it takes because the rules of the old world simply do not work any more. 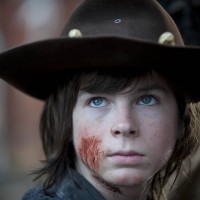 Carl may have sounded like he was waxing philosophical when he asked, “Who are we?”, but I believe he was asking a straightforward question.  As adults, we don’t spend quite as much time considering who we are, but Carl’s a kid who’s growing up in a world that’s changed in ways no one could have imagined.  He’s truly confused about “who” they all are.  From the standpoint of innocence, he sees these adults caring for him and each other and then doing truly awful things to keep themselves safe.  That’s confusing for anybody, but it’s exponentially greater for a teenager.

I also think Carl’s question is a foreshadowing of the character changes to come.  Rick’s pretty much decided he’s going total Terminator at this point.  Or maybe I should say he’s breaking McGruff after he, “took a bite out of crime”?  Sheesh, and Carl was watching the whole thing, too.  We know Carl will stand by his father through anything so whatever changes the father endures will surely be thrust upon the son. 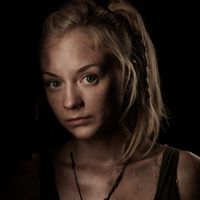 We still have no clue about what happened to Beth, but I have a feeling it’s not anything pleasant.  Until her recent jaunt with Darryl, Beth’s pretty much been a back-burner character.  She’s always there to help out with the chores, look after Lilith, or sing a song around the campfire, but I also believe she’s still alive for a reason.  I’m going to guess that Beth makes it out of whatever ordeal she’s currently in the middle of a changed person.  It’s time for Beth the Babysitter to take a knee and let Beth the Badass take a couple laps.

I’m not saying Beth is a softie by any means.  Hell, to have survived as long as she did shows she’s tough, but there’s a lot more to explore in her character and after 3 seasons it’s time to see a serious change in her.

Personally, I’d like to see her being instrumental in getting the rest of the gang out of that rail car in a very un-Beth like way.  It’s time to see just how far she can be pushed and just how hard she pushes back.

As for Tyreese, Carol, and Lilith – If I were Tyreese I’d make sure Little Ass-Kicker was safely hidden away while I sent Carol on a one-way trip to Dirt Nap City.  That bitch is crazy.

Since the show has kind of made the rounds of having the group wandering the roads, then settling in a few times over at this point, I think season 5 is going to bring us a lot of changes for major characters.  And since we didn’t get any during the finale, I think we’re also going to see some major character deaths as well.  For now, all we can do is speculate and wait.