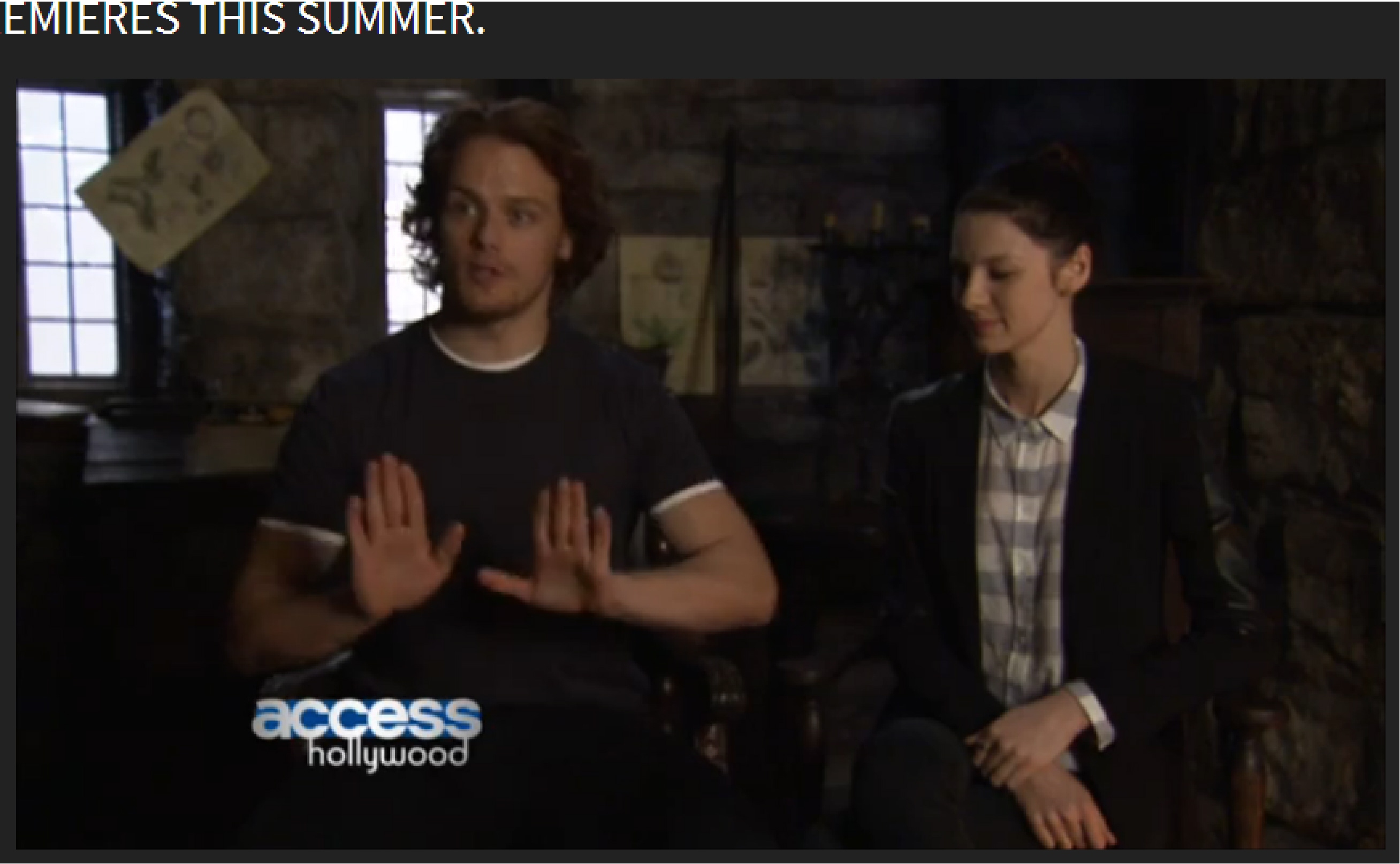 Outlander: 3 Words – We-Can’t-Wait! (And the World Shouldn’t Have To)

Between preparing for the Random House Outlander Retreat in Seattle in two weeks, working extra hours to pay for that trip, and various and sundry other necessary-to-stay-living-with-my-family tasks, I haven’t had much time to post here. But there’s a fair number of new images and events happening in Outlander-ville, so I wanted to make sure you all  had them!

First! Access Hollywood ran a short (1:30) Outlander piece this weekend (watch your TV listings). It featured quick interviews with Sam – learn how to sit in a kilt – Caitriona, Ron, Diana and Tobias – asking them to describe Outlander in three words. They also showed most of the latest trailer.

A couple of new images were released, including a photo of one of the “castle dogs”: 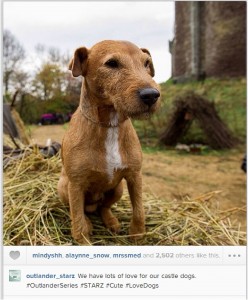 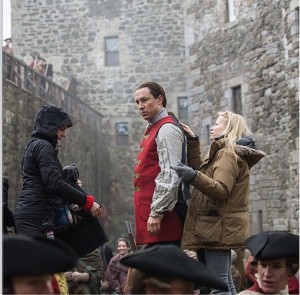 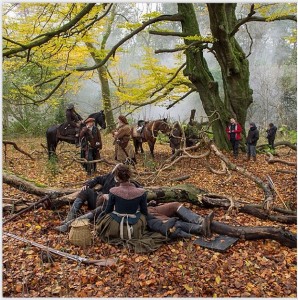 Thank You to Cast & Crew

Outlander groups around the world congratulated the cast and crew on completing (we believe) 8 out of the 16 episodes by sending treats to the set! A list of many of the groups (including yours truly, toward the bottom of the right-hand column) sending their well wishes accompanied the standing stones cake. And Sam tweeted a picture of himself enjoying the goodies. 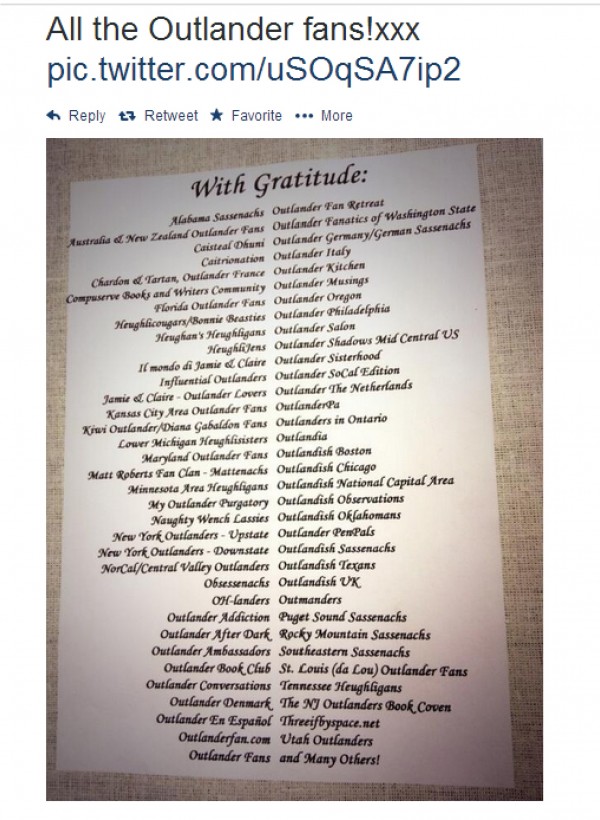 (wonder if anyone else got any? And we all want to know why he’s in his robe?) 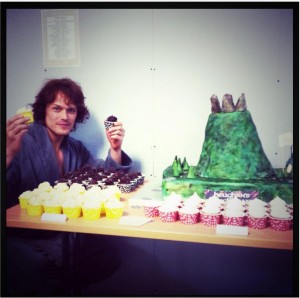 A new edition of the Outlander paperback version will come out, with a tie to the TV show – now you can read Outlander and see Sam as Jamie! 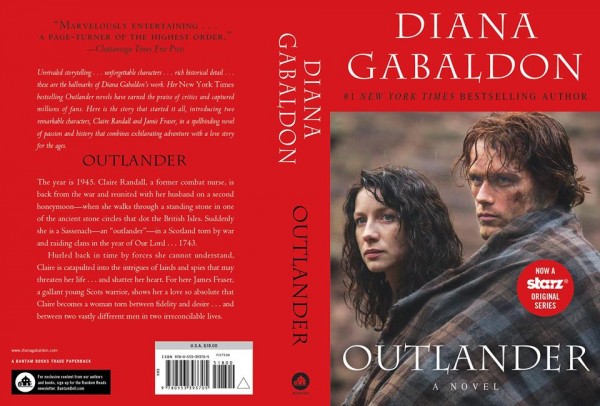 And on Monday, May 19, a major push will begin to get distributors around the world to pick up Outlander! Watch for tweets in several different languages directed toward cable distributors. If you live in a country that as of yet hasn’t had Outlander picked up, watch for these tweets, which will use #WorldwideTVNeedsOutlander,and help out the effort! (Don’t retweet, as retweets won’t count to get it trending, but pick up the language and tweet them out!) In the UK, tweets will be directed to: @Channel4, @FoxTVUK, @SkyAtlantic, @SkyHD, @Sky1, @ITV, @ITV2, @Channel5_TV, @SyyUK, @UniversalChUK. New Zealand: SkyNZ, @PrimeTV_NZ, @TV3NZ,  @TVONENZ, @FOURtv, @TV2NZ. For guidelines to best help this effort, read this document.