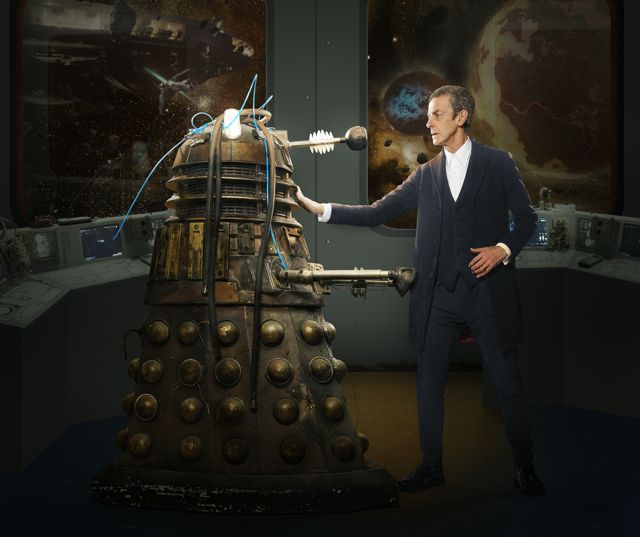 Doctor Who 802: “Into the Dalek” Photo Gallery

By: Tom Gardiner
doctor who Into the Dalek photos

After the excellent introduction of Peter Capaldi in Deep Breath we’re all anxiously awaiting the next episode, Into the Dalek.  If you want to see the promotional video for this episode, click on over to Doctor Who 802: Into the Dalek Promo.  If you want to get another peek at Danny Pink, sift through these 12 newly released photos from the episode and you’ll find him amongst the lot.

Episode Two– Into the Dalek

A Dalek fleet surrounds a lone rebel ship, and only the Doctor can help them now… With the Doctor facing his greatest enemy, he needs Clara by his side. Confronted with a decision that could change the Daleks forever, he is forced to examine his conscience. Will he find the answer to the question, “am I a good man?”Written by Phil Ford (Torchwood) and Steven Moffat (Sherlock), and directed by Ben Wheatley (Kill List), Into the Dalek premieres Saturday, August 30 at 9:00pm ET.

Don’t forget that the season premiere episode is being released in theaters nationwide today so you can watch it on the really big screen.  For more information visit Fathom Events.

Doctor Who: Into the Dalek airs Saturday, November 30 at 9/8c on BBC America