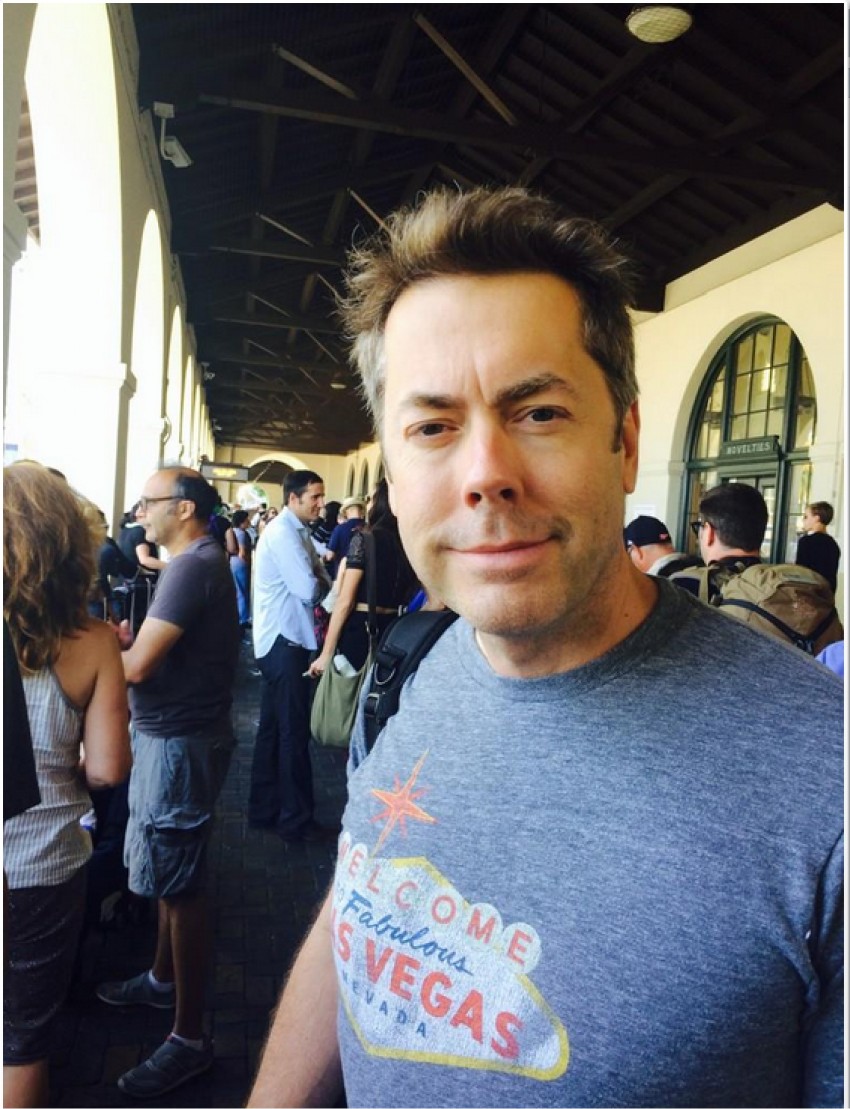 With Season 1 of Dominion ending this week – in a 90-minute episode – and no news yet on a Season 2, I had the opportunity to chat with series creator and executive producer Vaun Wilmott.

Where are you right now, following ComicCon? Have you returned to Cape Town?

I spent three months in South Africa working on the pilot – that’s tough, being away from my kids – but I’m not spending that much time there now. I won’t go back until a pickup is achieved.

How is that looking? You haven’t heard anything yet – is that a good sign or a bad sign?

Our numbers are looking good, they’re steady. We started out with a bang, and had a normal drop off from the pilot. I’m not reading anything into it yet.

You started out your career as an actor. How did you make that jump to producer?

I came down to LA to be an actor, and did it for 2 or 3 years (including parts in Beverly Hills 90210 and Star Trek: The Next Generation). I enjoyed acting, but it was tough emotionally. It was a soulcrusher. My hat’s off to people who do it, but it was not for me. So I got into outside sales, and did that for 4-5 years. I sold Paul Mitchell shampoo, pharmaceuticals like cardiovascular drugs. My mom kept saying,’You should write.’ So I gave it a shot, gave it to some people, and wrote a feature. They liked but it wasn’t produced. I kept writing as a hobby. It started selling, and became a full time job. I’m a fan of comic books and manga, and wrote The Outcast (a manga) for Seven Seas Publishing. 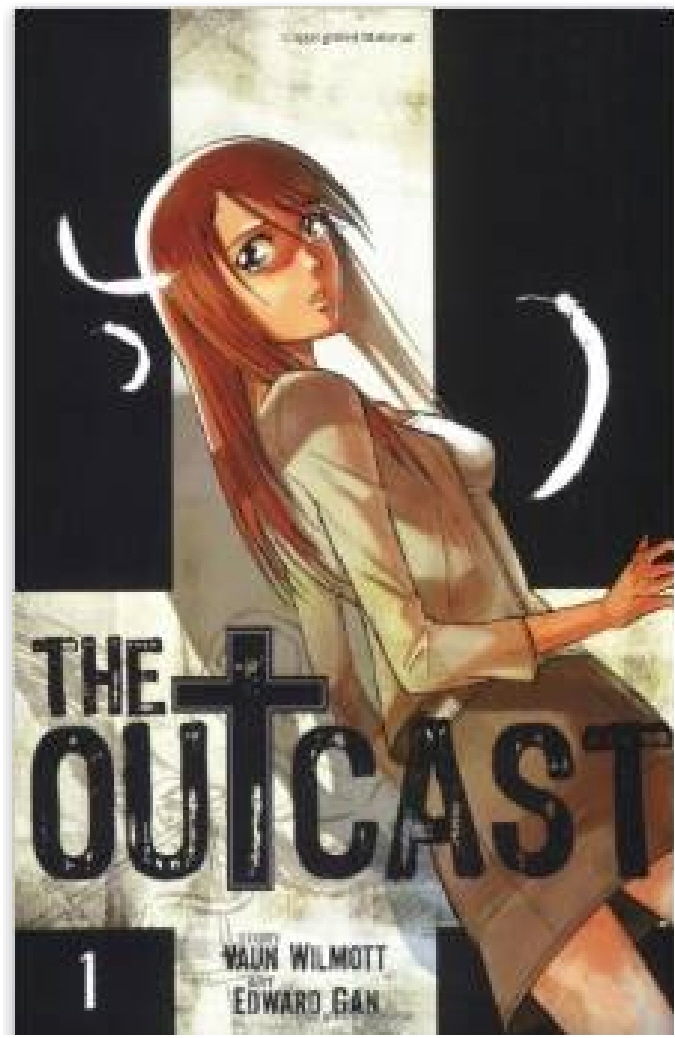 Why do angels feature so prominently in so many of your projects?

I didn’t grow up focused on angels, it wasn’t part of my religious belief. But I think as supernatural characters  they’re interesting. I’ve sold 4 angel projects:  I wrote a feature spec, No Man’s Land – I’ve moved on from that, it went through a couple of iterations, and sold to Screen Gems which produced Legion. The Outcast was about angels. An hour-long drama went to Fox, then I got the gig to turn Legion into a TV show.

Each was very different, and I kind of re-imagined angels each time. It’s been a real process – Dominion was when it all clicked for me.

From a press conference call, Vaun talked about getting involved with Dominion.

The original – the producers of Legion, the movie Legion, were this company called Bold. And David Lancaster was the executive producer of that and he had carved out the TV rights to Legion so that once it came time to decide if they were going to do a sequel to it or if they were going to do a TV show or what they were going to do they decided to do a TV show. And they went out to a bunch of writers. They had some writers come in, basically pitch them on how they would do a TV show of the movie Legion. And I heard about it through my agent. I came in, I pitched on it, really hit it off with the Bold folks and David. They really kind of responded to the way I was seeing it. I met with Scott Stewart who was the director of the movie and also the co-writer of the movie Legion. And I got the gig. And so that’s kind of how it all began for me. 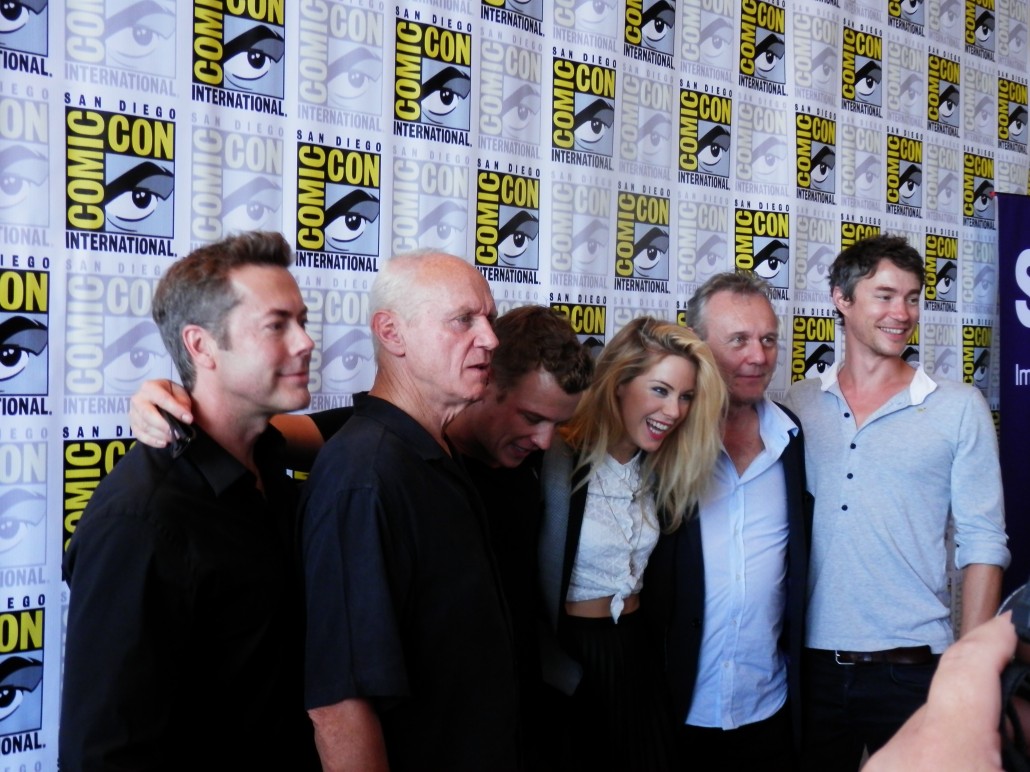 When did Dominion start? How long has it been to get to this point?

Probably two or three years ago, we had the initial conversations. I pitched Scott Stewart and David Lancaster,  and turned a very specific idea into a full pitch presentation. We had one giant piece of artwork made – Alex racing through the gates (which was in the first episode). We had an artist who does concept art do that image. We took that around with us to pitch, and Syfy bought it. We started working on an outline, which took a month to 6 weeks. When that was approved, I wrote the first script, and after that dug in and wrote detailed series documents for the first three seasons.

Is the final product close to your initial concept?

A lot of the big ideas are there, the big surprises and turns are there. But when you bring on a staff of writers and other people on the project, they bring their creativity and their own point of view to it. A great deal of what was there was definitely what the season became. I don’t think I had seen Legion before I started working on Dominion. I was a fan of Paul Bettany (who played Archangel Michael in Legion), and I watched I in preparation for pitching Dominion.

I see Tom Wisdom’s portrayal of  Michael as similar in tone to Paul Bettany’s – what do you think?

Really? I see them as very different. Tom has a very distinct aura and presence, very different from Paul Bettany. But they were both very otherworldly. 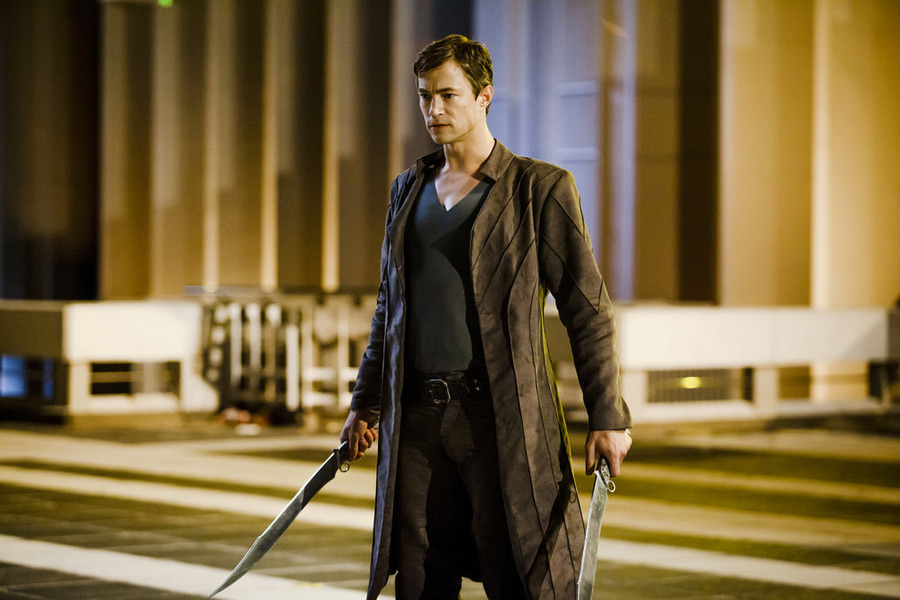 How did you end up filming the series in Cape Town (South Africa)?

David  Lancaster (Legion’s producer) had done 8 movies in Cape Town, so he had a great deal of experience working with the terrain, the locations, he was very comfortable. He began pitching Syfy very early on about doing it there. They had never done anything there, but they checked out some of the locations photos. Black Sails was done there, so the studio system was all set.

It’s interesting that you have a completely international, non-U.S. cast, most of them playing American characters. How did that come about?

It was a conscious decision to hire an international cast –  I always thought of having an English/British cast because there’s something about them – there’s just a difference between American and British actors, not that one’s better than another,  but I wanted something for this kind of piece. They seemed to fit the heightened quality, what Paul brought to the  movie, what Tom and Carl (Beukes) brought,  just what they brought that gave us the heightened sense. It was very much my decision, the angels have foreign and different accents(Tom is British, Carl is South African, Katrine deCandole is German and French), not British accents, that gave them an otherworldliness, a separateness. 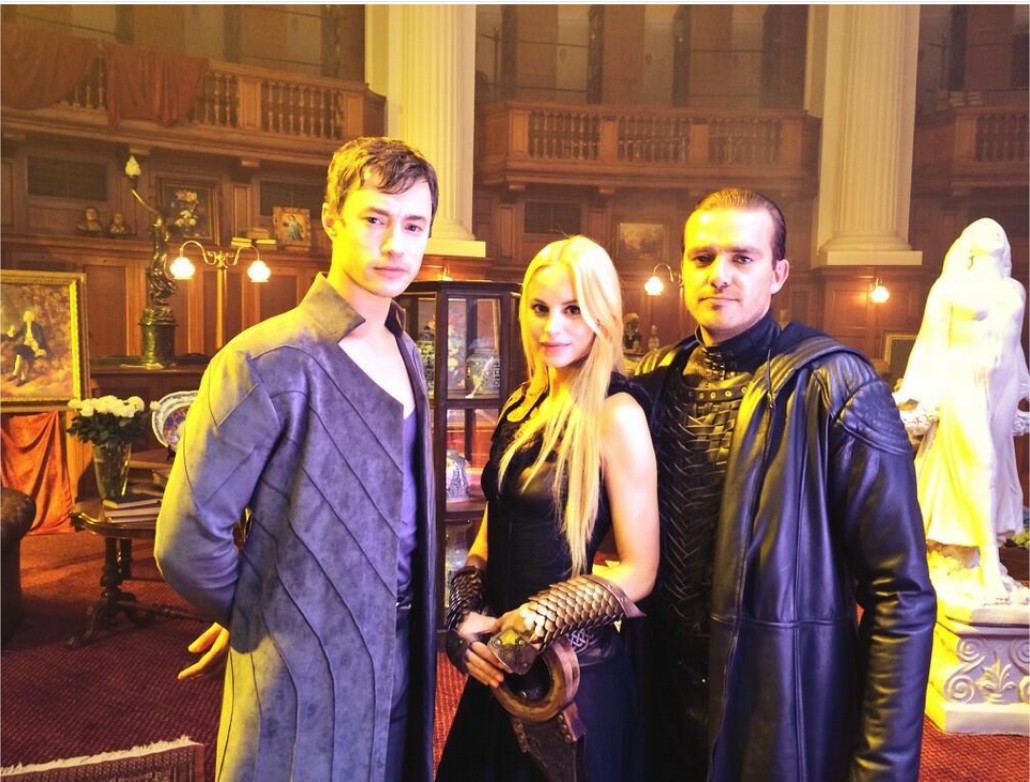 I was able to see the first episode as an unfinished screener, without the visual effects in place. When I saw the final version of the episode, I was a little surprised at how few actual visual effects (VFX) there actually were. Was that a production choice, or was it dictated more by budget?

VFX – if you can shoot real things, it’s always better. As much as we could, we point the camera at things that aren’t fake or aren’t created.  I hope that it gives us a sense of reality, so it doesn’t feel like a completely alien world. The special effects that they do give us – in the wide shots, and the wings are so unbelievable so that when do put a VFX shot, it adds to the realism of the world.

There was a lot crammed into this season – a lot of different storylines, and not everything will be completely fleshed out or finalized through the finale (Thursday, August 7, a 90-minute episode).

This was a tricky season, there were so many threads coming off of the pilot, and such a short order in number of episodes, that we had to compact things, and were not able to develop things as much as we would like. People’s attention spans are so short now, including my own, that we have to move through  story, be exciting and interesting, keep people guessing. You have to keep the momentum through the  story. That’s the exciting thing through the season, and then we hope to explore these storylines in season 2.

What’s been your favorite moment so far?

Favorite moment? So many – I loved the Michael/Alex dynamic, the Gabriel/Alex/Michael dynamic. I love what Claire’s become, Arika , David Whele – it would be really difficult to pick just one. In terms of just one, fun scene, it would be the pudding scene with Gabriel – something kind of neat and cool happens, that one was great. 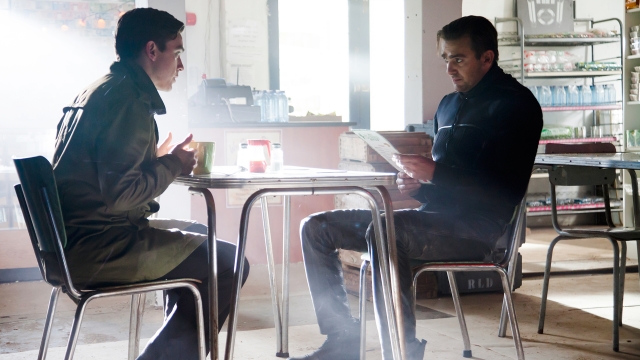 Tell me a little about the cast – who was the

Alan and Tony are seen as seasoned veteran actors, and they’re very helpful to the other actors. Tony is more like an on-set dad to the full group.

Was this your first time at ComicCon?

I went to ComicCon 6 years ago to sign my manga, but didn’t get one of the takeaways I got this time – how much joy and passion the fans have for the things that they love. I’m touched every time I go on Twitter, and impressed and humbled by how much enthusiasm and excitement the fans have. The actors really love it (live tweeting), they really care about it, and I never hear “I don’t want to be there.”

What about Dominion merchandising? There’s a shot from ComicCon that shows a Dominion cap on a table.

That was a gift from the crew. We haven’t done any merchandising yet! I don’t know how you get into that. I know one fan made a great t-shirt on her own from the “No Welcome to Vega” sign, and hopefully, if we have a second season, we’ll get to do some of that.

Watch the Season 1 Finale on Thursday, August 7, 9/8C on Syfy