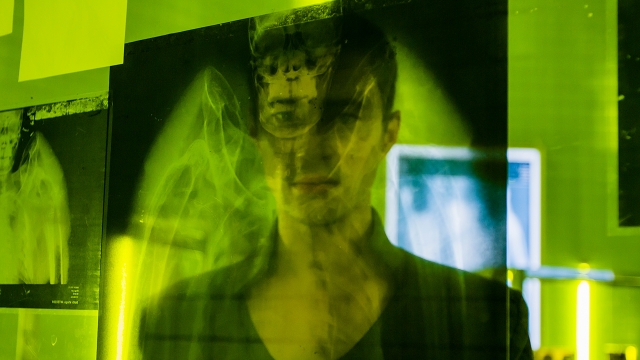 Sisters and Brothers! We are now in the seventh day of our separation from our Father Vaun and our brothers Michael and Gabriel. Our sister Uriel has turned against us and allied with the witch Arika; our Chosen One has left the path set out for him and follows his own demons. William, the Destroyer, now wanders the desert and must find his own salvation, or die. And as our angel brethren have been slaughtered, we may wish to avenge their deaths – but we are being prevented by the whims of the Great SyFy. We believe in our father’s faith. We accept his vision. And we pray for renewal. Brothers and sisters, sing out! Raise your banners. Call out your desires! Bring your neighbors, your family, to the altar and have them behold the glory – and we shall be renewed.

Ok, now, enough of that. I just couldn’t resist. 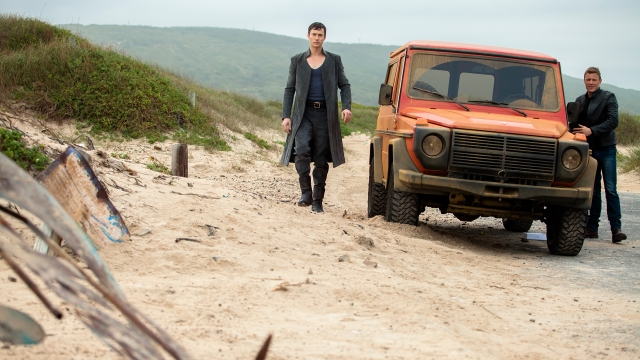 The season (I won’t say series) finale was a week ago tonight. Story lines were well resolved – not so definitively that all questions were answered, but viewers weren’t left too far in the dark so that if the series is not picked up for a season 2, there would be giant thuds where there should have been some kind of resolution. But intriguing questions can still be explored – and there’s so much more that can be explored, as producer Vaun Wilmott and the team would like to do.

Alex went before the Senate to denounce Michael, and told them the truth about Michael’s history, and that he has been hiding higher angels in Vega; by tricking the Senate into banishing Michael, they were attempting to fool Gabriel. Alex says goodbye to Claire on her wedding day; Michael asks Becca Thorne to watch over Lewis. Little does he know how she plans to watch over Lewis – with a microscope? 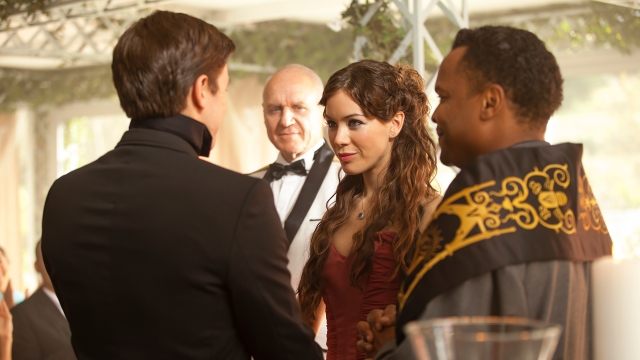 Women from Helena come to Arika with a head in a basket – the assumption is that this is Evelyn, and now Arika is in charge, as she has plotted with both David Whele and General Reisen. But it’s revealed that Uriel is Arika’s lover – and is Arika really Evelyn? Was there ever an Evelyn? And what is Uriel doing? She has an angle that we don’t know about – not on Michael’s side, not on Gabriel’s. Uriel wants to meet Claire, and Arika introduces her as one of Helena’s priestesses, who wants to give her a marriage blessing. But Uriel, as she kneels in front of Claire, can tell that Claire is pregnant – with Alex’s child. They plan to kidnap Claire to Helena, which they believe will lead to ending the war with the angels and bring peace. This is something we need to know more about! 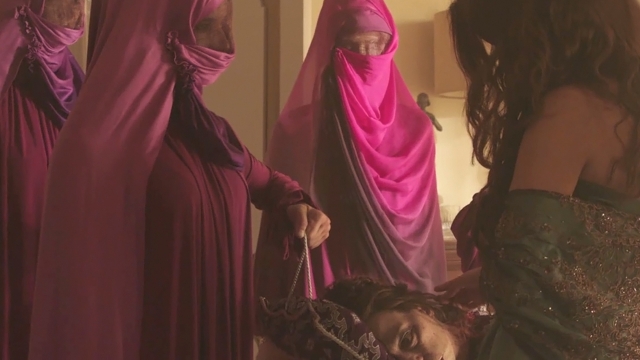 Michael meets Alex as he speeds out of Vega (pretty nifty stunt, flying right into the moving car). They talk about Michael’s decades-long killing spree, and Alex asks how he can live with himself after that. “Your rise is my redemption,” Michael tells him. They go to meet Noma, who is luring Furiad into a trap. From Furiad, they learn where Gabriel is, and Noma goes to convince him she wants to join him. Alex has lost faith in Michael, as she has, she tells him, and Alex wants to meet him. Gabriel is skeptical, and orders her held until he can determine whether she’s telling the truth.

The General leaves Vega, as Claire had told him to do, setting out for New Delphi. Again, what happens? This is season 2 stuff! 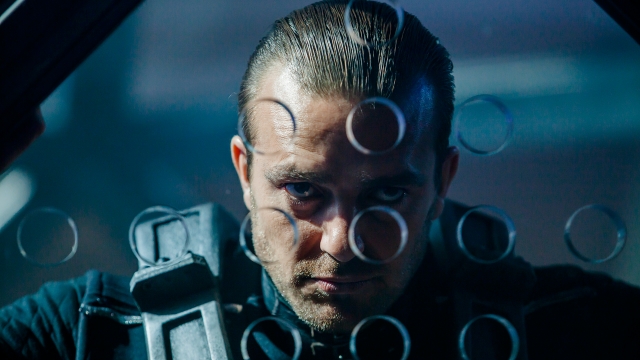 Gabriel approaches the walls and allows the soldiers to shoot at him, protecting himself with his wings, then surrenders and is taken prisoner. Becca, who has conducted experiments and autopsies on angels, proposes that they seal him in a concrete vault and blow him up. David Whele halfheartedly backs David up when he suggests that they interrogate Gabriel. Later on, Claire realizes that William is an acolyte and has him arrested; David offers to handle William’s punishment; after he falsely leads the acolyte meeting and burns them all to death, he takes William out to the desert and leaves him. 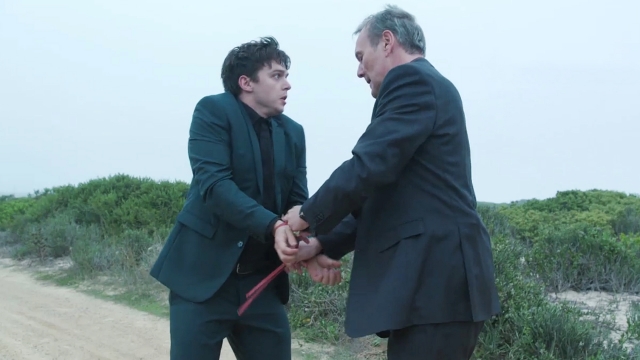 Alex, despite Claire’s orders, goes into the cell with Gabriel. Gabrield tells Alex about the baby, and then tells Michael that Lewis is being held in House Thorne, and is being mistreated. Michael rushes off to find the truth. Alex confronts Claire about the baby, and she tells him that she was not going to let him know, that he couldn’t be a father to the child. Tom Wisdom is at his best playing the avenging angel – the anger rolls off him, powerful and deep, as he finds Becca’s lab and the remains of his fellow angels. He discovers that Lewis has been experimented upon, with his wings cut off, and Lewis begs for death. Michael attacks and kills Becca. Has his blood lust taken him over, again? Can he ever be trusted around humans? As he goes after Alex, he comes to his senses, realizes what he has done, and leaves. Gabriel enters the lab, and tells Alex, “To be fair, I did try to warn you. My brother’s rage knows no bounds.” He tells Alex to put his faith in Gabriel – that the only way they can end the war and bring Father back is through Alex’s markings. Otherwise, he’ll kill everyone and burn the city to the ground. Uriel finds Gabriel, and once again pledges her support – but we know she can’t be trusted, that she has her own agenda.

Alex leaves a note for his unborn child, expressing his love for his child and his sorrow that they will never meet, and goes off to try to kill Gabriel. And this is where the season ends! 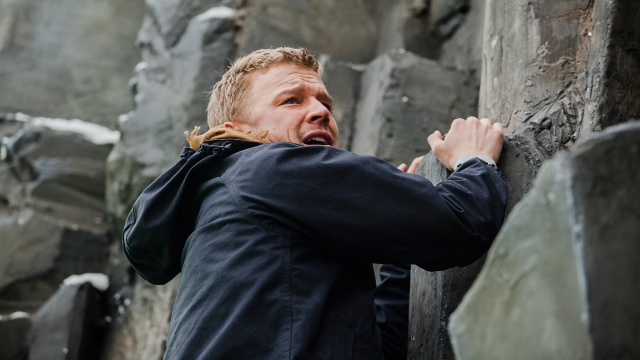 Dominion has been an interesting, exciting, thought-provoking show. There are many exciting storylines that can be explored. The show never dragged, writing was always excellent, and we want to know not only what happens next, but what comes after that! How can Michael redeem himself? What is Gabriel’s ultimate plan? Does William Whele survive? How about the General? The Dominion website has been fun to look through (go through the photo galleries for each issue – whoever writes the captions for each photo deserves kudos). This has really been a half season of 8 episodes – one more season of at least 8 would be a good start. We’ll give you any updates as quickly as we get them!