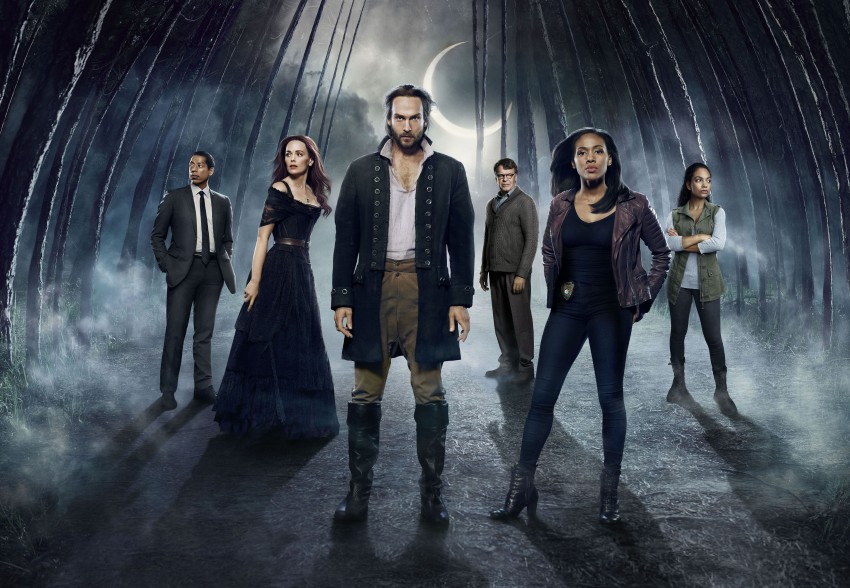 Sleepy Hollow is Back! A recap of Season 2 Episode 1

Sleepy Hollow is back, and I cannot tell you how excited I am! I planned it out well enough that I finished watching season one about a month ago, so the whole thing is very fresh in my mind. For those of you that need a refresher, our heroes Abbie Mills and Ichabod Crane were pulled apart by the Headless Horseman and Katrina and Ichabod’s son Henry. Ichabod trapped in the ground, and Abbie in purgatory.

The episode starts out in what appears to be a jump to a year in the future, which leaves me confused because they left us wondering how Abbie got out of purgatory! I love the banter between Tom Mison and Nicole Beharie, they play off of each other so well and it adds a whole dynamic to the show that makes it even more enjoyable. I love that the Headless Horseman shoots a gun, it add an even more terrifying layer to him. We find out that the Horseman kills Katrina Crane and Jennifer Mills (so we think) and the pair are dead set on revenge. We find out that there is a key that allows the rule of purgatory to be broken, you can enter and exit without needing someone to take your place. 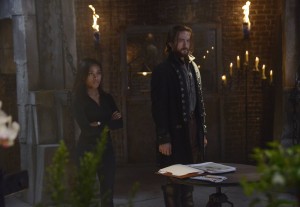 The show takes a wonderfully confusing turn when we discover that the two have Henry held captive, I suppose it’s better to keep him around, he seems to know all the secrets.

Ah! Finally, we discover what is actually going on! We find Ichabod stuck in the coffin that we left him in at the end of season one. I love the attempt at using the cell phone to get himself out, but of course no service! We cut to Katrina, who is being held captive by the Horeseman and then see Abbie stuck in purgatory. She finds Andy, who is going to help her find a way to communicate with Crane in the outside world.
Ichabod frees himself from captivity, by blowing up the sulfur that was placed on his “grave”, and goes on a search to find Jenny, whom is being held captive by Henry. Jenny continues to be a badass and frees herself to meet up with Crane. 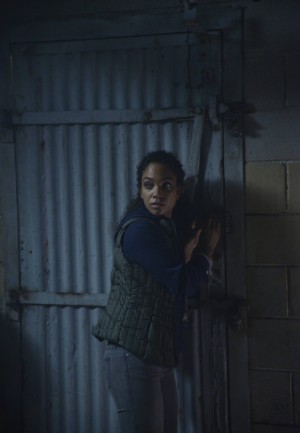 I love the cinematography of this show; it doesn’t feel like a television show with the way it was filmed. As my friend says “It feels like a cult classic movie”. Purgatory is eerie and feels like you’re in a funhouse with the way the camera distorts.

With Andy’s help, Abbie finds a way to communicate with Crane, who promises to stop at nothing to get her out. Jenny and Crane’s main goal is to find the key, which they succeed in doing. Crane goes to the woods and enters purgatory, key in hand, hoping to find Abbie unharmed and safe. Moloch attempts to trick Abbie into drinking water by having a fake Crane hand her a bottle. This leads to two Crane’s fighting each other, one comes out victorious but is it the right one? Crane and Abbie start to run, and she determines that this is a fake Crane when he calls her “Lieutenant”, not “Leftenant”. Abbie beheads him and finds the real Crane not far behind. With the key they free themselves from purgatory, Moloch not far behind, but the pair escape just in time. 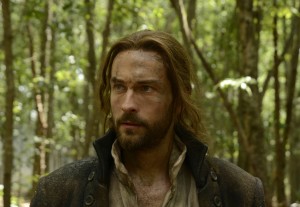 The show ends with Henry being declared as the Horseman of War, which adds a terrifying twist to what he is capable of. I find myself excited for the rest of the season, wanting to continue the journey of the two witnesses. I absolutely love this show, the writing, the acting, and the cinematography!

Lastly, here’s a picture of me with the Headless Horseman at SDCC14! 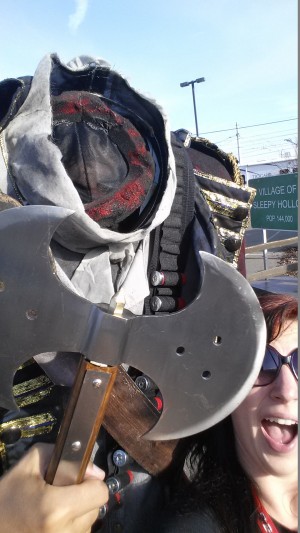