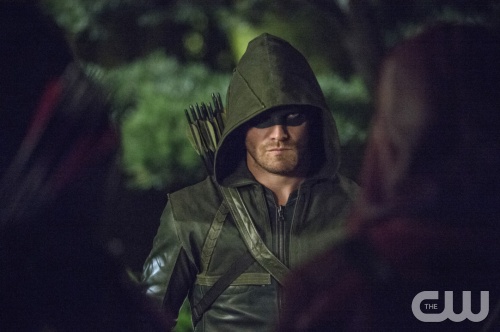 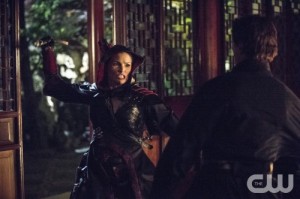 The most recent episode of Arrow was a typical adventure ride between past and present scenes of Oliver and crew’s exploits. It starts with with Nyssa al Ghul just as she was at the end of episode three: an arrow aimed at Oliver, demanding to know where Sara is. Unfortunately for Nyssa, the news is far from good. With Sara dead and her killer still at large, Nyssa is determined to find Malcolm Merlyn. The viewer, as usual, knows a lot more than the characters. Not only is Merlyn alive, he’s been training and looking after Thea.

Speaking of Thea, her Season Three self is an interesting new take on her character (not to mention the new hair). Her relationship with Oliver has done a flip now that she’s back in Starling City; she’s the one lying to her brother. She plays ignorant on the subject of Merlyn, and announces plans to reopen Verdant. I suspect we’ll se more of the club as the season progresses.

This episode relied heavily on Oliver, Nyssa, and Merlyn’s story lines. The three square off against each other, all three trying to justify their own actions. And all three are getting more and more involved with the League of Assassins, for better or worse. Oliver and Nyssa come face to face with Merlyn while following a lead on Sara’s killer. The usual fighting ensues, and though I enjoy seeing Malcolm Merlyn’s face, the scene was a bit lackluster. 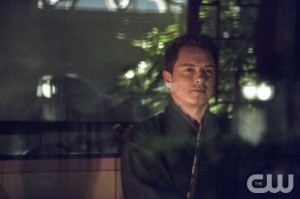 During the flashback scenes, we see Oliver is in Hong Kong, working for A.R.G.U.S. but hating the idea that he has to act as Amanda Waller’s knife and kill anyone she doesn’t like. The revealing information about Oliver’s time off the island, but still unable to go home, was an intriguing glimpse into how Oliver was trained to be a killer. He takes out the man Waller claims to be a terrorist, but of course he has doubts about the whole situation. The two major things that I took take away from these flashbacks are that Oliver stood up to Waller, and also that he’s growing more attached to his caretaker family, even sacrificing a chance to get in touch with his family. It’s also interesting to see the show building on flashbacks from Season One. 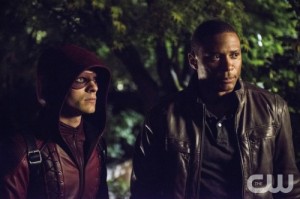 Roy and Diggle take the backseat in general during this episode, still around to help Oliver but otherwise not much involved in the story. There are a number of confrontational scenes between Nyssa and Laurel, each of them dealing with grief over Sara in their own ways.

Everything in the episode comes to a head when Nyssa kidnaps Thea. Cue another fight scene between Nyssa, Oliver, and Merlyn as the latter two try to save Thea. They do, but any chance the three of them had to talk just dissolves into fighting. Nyssa leaves, but not before warning Oliver that he’s made an enemy tonight. 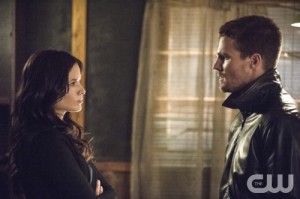 The episode closes with our first look at Ra’s al Ghul. We see Nyssa return to her father and tell him everything; that Merlyn is alive, what happened to Sara, and that she wants to kill Merlyn. Then we see Ra’s rising from a bath and saying that Oliver courts war with the League of Assassins.

Ultimately, the conflict in this episode was dull. Although there were some entertaining fight scenes and emotional scenes between characters that have impactful drama and sorrow, there just wasn’t enough of a spark in this episode compared to previous ones.

Overall rating: I give this episode 7 out of 10. It was okay, but compared to the rest of Season Three, it didn’t shine. That doesn’t mean the rest of the season won’t be great, though.

What did you think of this episode? Share your thoughts in the comments.