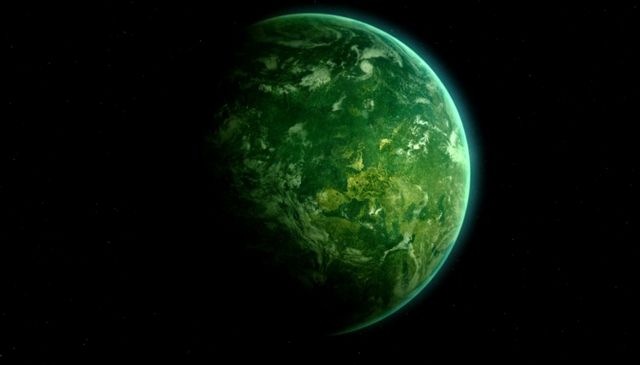 By: Tom Gardiner
doctor who In the Forest of the Night jenna coleman Peter Capaldi quotes review

I hate to say it, but I wasn’t thrilled with this episode.  It wasn’t horrible, but it wasn’t very good, either.  Maybe some of that comes from it following last week’s phenomenal Flatline, but even if it hadn’t I still don’t think I would’ve enjoyed it very much.

There were no monsters in this episode and really nothing to fight except fear.  In that regard, it was like Listen, only far less entertaining.  This was more fairy tale than adventure, and a fairly uneventful episode overall.  The best parts were when the Doctor was interacting with the kids.  There should be more kids involved in adventures with Capaldi’s Doctor, it brings out the “humanity” in him.

I really liked the use of the metaphor of all the sugar in a small glass of Coke to explain the TARDIS being bigger on the inside.  They manage to keep the concept of amazement at the TARDIS’ inner roominess fresh, and even threw it a curve ball this week with Maebh not really being surprised.  “I just thought it’s supposed to be bigger on the inside, so I didn’t say anything.”  As Art Linkletter said many years ago, “Kids say the darnedest things.”

One thing that bugged me about the episode was the lack of people.  Besides the Doctor, Clara, Danny, the kids, and the museum guard, the only other person we saw in London was Maebh’s mother.  London should’ve been filled with people, forest or not.  Nobody seemed to even notice it was practically abandoned.

After a day of adventure, the kids opt to be with their families instead of watching the solar flare from space.  Danny felt the same way, too, but not Clara.  Clara chose to watch the solar flare with the Doctor, once again highlighting the the fact that Clara is a lot like him.  It wasn’t as obvious as last week’s Flatline when she basically was the Doctor, but it was another sign that she’s an ideal companion and would make a great Time Lord herself.

With that in mind, the focus on Clara being assertive and proving herself nearly equal to the Doctor somehow ties into Missy’s plan.  We only saw another quick glimpse of Missy looking in on the action from her place in the Nethersphere, though she seems to have a particular interest in Clara.  Next week we’ll be getting into full “Missy mode” if the previews are any indication, and the mystery of the mystery woman will begin to be revealed.

Now for the quotes, of which the Doctor got the lion’s share: (Yes, I went there.)

Doctor:  When you drink a glass of Coke, it’s only this big, but it’s actually got THIS much sugar in it.  It works a bit like that.

Doctor:  Mr. Pink was looking after you?  Well, that explains why you were lost.

Doctor:  That’s another of the drawbacks of being the last of your species.  No one to ask when your TARDIS won’t start.

Doctor:  Even my incredibly long life is too short for Les Miserables.

Clara:  Brand-new forest?
Doctor:  Yes, it’s like the New Forest, except even newer.

Doctor:  No, I can’t bring her over.  I’m a Time Lord, not a child-minder.
Clara:  You’ve got a spaceship.  All we’ve got are Oyster cards.
Doctor:  And I’ve got a global rapid afforestation crisis to deal with.

Bradley:  I thought you said they were in love.  Why are they shouting at each other?
Ruby:  That’s what people do when they’re in love.  Don’t you know anything?

Danny:  I am curious.  I am bewildered.  I am, in fact, enchanted.  But I’m not the priority here, the kids are.
Clara:  You see, now, that attitude is … actually very attractive.

Doctor:  So, what, you think that’s how spring begins?  With a group message on Tree Facebook?

Doctor:  Haven’t any of you been struck by the fact that, look, it’s bigger on the inside?
Ruby:  There wasn’t a forest, then there was a forest.  Nothing surprises us any more.

Doctor:  There’s no such thing as an arboreal coincidence.

Doctor:  You people, you never learn.  If a child is speaking, listen to it!

Clara:  Furious, fearful, tongue-tied …  They’re all super powers if you use them properly.

Danny:  Ruby, you’re letting your imagination run away with you.
Ruby:  I’m not, though, am I?  Because I haven’t got an imagination.  You can ask Miss Oswald.

Doctor:  You’re pursuing a little lost girl through a mysterious forest.  The path has disappeared.  You find yourself with a strangely compelling, masculine figure …

Clara:  Any minute now, we’re going to find a gingerbread cottage with a cannibal witch inside.  Maebh!

Doctor:  The forest is mankind’s nightmare.

Doctor:  This is a massive solar flare headed for Earth, like the one that destroyed the Bank of Karabaraxos.  I’ve got an entire TARDIS and I didn’t notice this, but she knew.  How?

Doctor:  I’ve just informed you that a solar flare is going to wipe out your entire planet.  You’re worried about a row with your boyfriend.

Doctor:  If there is a way, the way is Maebh Arden.

Clara:  Was that a wolf?  No, that is impossible.  We’re in London.
Doctor:  Would that be the London with the zoo?  The zoo with the pack of wolves?  The zoo whose barriers and gates have probably been mangled by the trees?  No, wolves are not impossible.

Doctor:  Stick to the path, Red Riding Hood.
Clara:  There is no path.
Doctor:  Then we’re lunch.

Doctor:  Right, okay, we’ve got to look as if we’re too much bother to eat.  Right, so stay still, stay together.  Look big.  Look big like a big three-headed, six-legged … scary thing!

Doctor:  There are very good, solid, scientific reasons for being really quite frightened just now.

Danny:  Apart from being almost savaged by a tiger and abducted by a Scotsman, she’s allowed any nervous tics she likes, okay?

Doctor:  Catastrophe is the metabolism of the universe.

Clara:  Why would trees want to kill us?  We love trees.
Doctor:  You’ve been chopping them down for furniture for centuries.  If that’s love, no wonder they’re calling down fire from the heavens.

Clara:  Well, you know what, Doctor?  This time, the human race is saving you.  Make it worthwhile.
Doctor:  This is my world, too.  I walk your earth, I breathe your air.
Clara:  And on behalf of this world, you’re very welcome.  Now, go.  Save the next one.

Doctor:  I am Doctor Idiot!

Doctor:  It’s there on the screen.  Look, big solar flare headed this way.  A thousand kilometers a second.  Coronal mass ejection.  Geomagnetic storm.  It’s huge.  It’s brewing up a solar wind big enough to blow this whole planet away. <awkward pause> I assumed your teachers have mentioned this.
Clara:  I thought it would spoil an otherwise enjoyable walk.

Doctor:  The Tunguska Blast, 1908.  That should’ve blown the whole planet off its axis, but it didn’t.  It knocked a few trees over.  Well, a few tens of thousands of trees over.  Curuca, in Brazil.  Same story.  Earth should’ve been smashed, but it wasn’t.  What do these things have in common?
Ruby:  They’re really, really scaring us?

Doctor:  I was wrong.  The trees are not your enemy, they’re your shield.  They’ve been saving you since forever.

Doctor:  What is wrong with you people?  You hear voices, you want to shut them up.  The trees come to save you, you want to chop them down.
Clara:  Or you think you need to save the world when it’s already saving itself.
Doctor:  I did admit that I was wrong.

Doctor:  Right, we are going to call everyone on Earth and tell them to leave the trees alone.

Maebh:  Essential services have been disrupted due to an unexpected forest.

Danny:  One person is more amazing, harder to understand, but more amazing than universes.

Doctor:  I hope I’m right.  It would be slightly awkward if the world was destroyed at this point.