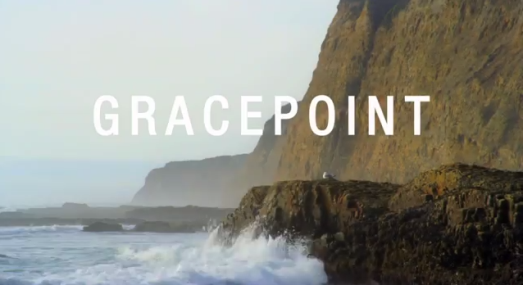 Ellie and Emmett cast their nets wider this week as they explore two alternate options to the emerging theory that Danny’s father Mark Solano is the killer.  Ellie FINALLY feels like a real detective to me now that she is chomping at the bit to explore new options about who dunnit.  The two people of interest are Dean, Chloe’s boyfriend and Lars Pierson, the mysterious hiker that was spotted with Danny prior to his murder. The prospect that the killer is not someone she knows as a close friend seemingly puts Miller in a more upbeat mood where she makes a failed attempt at sexual innuendo and harassment toward Carver who refers to her as an “eager beaver.”  The humor here seemed out of place and did not register as funny with anyone in the room where I was watching.  There is not much positive chemistry between Anna Gunn and David Tennant.  The pair falls far short of what I would called a dynamic duo. 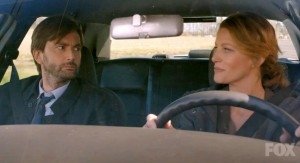 Suspicion is cast toward Chloe’s boyfriend this week as the investigation into the murder of Danny Solano continues.  The suspicion does not hold longer than a few moments as we learn of Danny’s sordid connection to Dean.  Point of fact the revelations leave more questions about Chloe than they do Dean or even Danny.  There are bad people and there are bad people.  Dean is love struck teenager who knows enough to get himself in trouble when Chloe puts in a request for cocaine for the town Innkeeper Gemma.  Yes Dean did a bad thing by following through and providing Chloe with the connection to cocaine but that does not make him evil or a killer and based on the suspense and build there is a feeling that the killer is far more insidious than a punk trying to keep his girlfriend happy.  Not buying the red herring in this instance. 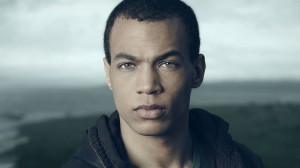 The other suspect Lars Pierson is a war veteran who received a general discharge from service, and the local sheriff who knows where Pierson’s cabin is located won’t let our Gracepoint detectives search it without a court order. Strange stonewalling here.   We learn Pierson refilled a prescription for an anti-psychotic.  Jack Reinhold recognizes this man as the hiker Danny was talking to one morning. Most important is that Danny’s mother, Beth remembered Lars came into the visitor center.  Beth recounts to Ellie that Lars smelled of propane and he gave off a weird “vibe.”  She remarked on the fact that Lars made comment about Beth’s photograph of Chloe and Danny.  He told her she had a beautiful family.  Lars’ phone number was the number that was found in Danny’s pocket.  I do not know enough about the character to make a judgement call regarding him and his weird behavior.

Speaking of weird, the lust ridden Priest Paul Coates, and Dog Lady, Susan Wright are two of my favorite characters.  They bring dimension and an odd sort of perversion to the show.  The strange way that Paul caresses the photograph of Danny and his clear sexual obsession with Beth Solano raise all sorts of red flags and bear for closer inspection.  I discount Paul as the murder because it would be a trite play on the whole Priests are pedophiles but more so why would he harm Beth’s child?  To do so would be to drive an unforgivable wedge between them and that would put him further from the object of his affection not closer.  His defense of Beth and her need for him is made patently clear when he confronts the psychic Raymond. 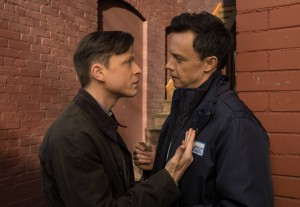 Susan Wright is a fascinating character.  i question her total sanity.  She is totally fringe and a true wild card.  Her willingness to out and out lie to the police is suspicious unless you consider that she truly is crazy.  She knows something about what happened to Danny, she has his skateboard, and she is comfortable with killing as we see when she snaps the capon’s neck for her dinner.

Overall I still have difficulty wrapping my writer’s mind around the dialogue and mannerisms of these characters and if Gracepoint is to become a long running franchise or Detective Carver is to be put into other miniseries then I would strongly suggest that the writers be allowed to use their American voices.   I would urge that there is a change in the partnering, either pair Ellie with someone whom she shares a spark or match David with someone who compliments his quirky style.