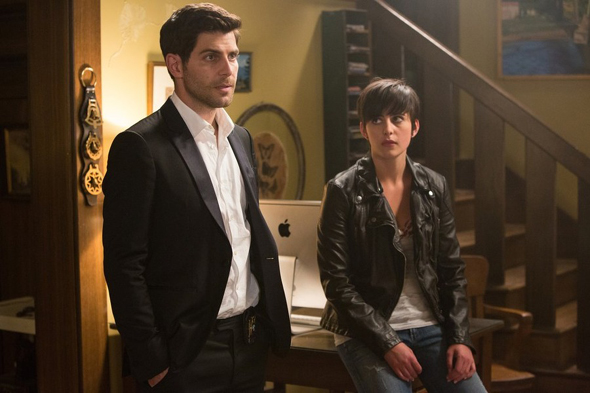 Grimm Review – Thanks for the Memories

Hello again Grimmsters! We hope you’ve had a great summer, because now it’s time to get back to our favorite show – Grimm! 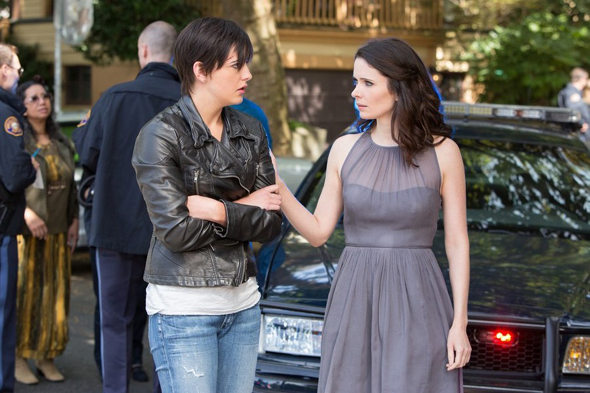 Of course, we start with a BANG as Captain Sean Renard is rushed into surgery! Three gunshot wounds is bad for anyone… but does a Half-Zauberbiest have an advantage?

Nick, Hank, Juliette and Trubel head back to Nick and Juliette’s house, where all the police have gathered, of course. Trubel is freaked out, but they all get their stories straight, even though the FBI shows up and questions her, too. And wouldn’t you know it, one of the FBI agents is a Wesen? She sees the books from Aunt Marie’s trailer that Trubel has in her room – the same as Sgt. Wu does – and there’s no question she realizes that somebody is a Grimm. Thankfully, they have nothing on Trubel. The question is – who’s side is the FBI agent on? The deceased Steward, or the right side of the law? 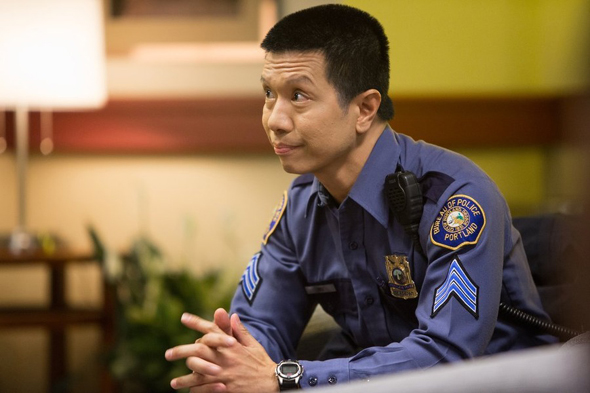 After the FBI releases Trubel, she and Nick head home while Hank heads to the hospital. Sgt. Wu and Hank have an interesing conversation about what he’s seen (clearly brought about because he saw one of Aunt Marie’s books in Trubel’s room), and Hank almost tells Wu something – but that’s when the doctor shows up and tells them that they should notify Renard’s next of kin, because things aren’t looking good. Eeep! 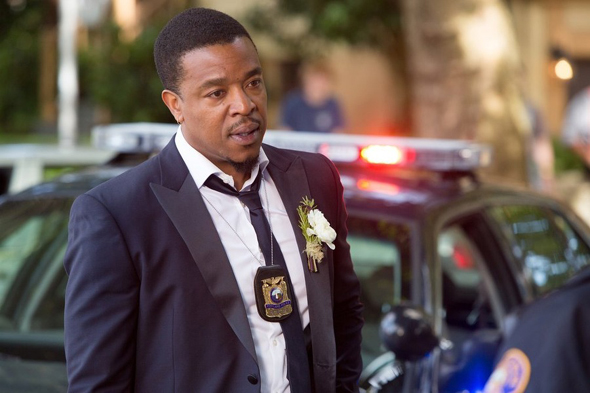 While Nick, Hank and Trubel are at the station, Juliette goes through their thoroughly-trashed house. She hasn’t even completed her look-through when there’s a knock at the door – it’s Monroe and Rosalee, still in their wedding clothes. She tries to tell them that they should be on their honeymoon, but they protest, saying they have to help. When Nick and Trubel get back, Nick explains what happened with Adalind, and Rosalee immediately wonders if Adalind used an ‘entwining twin curse,’ which is apparently very messy. Monroe and Rosalee head to the spice shop, and Juliette insists that Nick, Trubel and she get some rest. Juliette also says Nick can’t sleep on the couch again. It looks like Juliette isn’t about to allow Adalind to screw up their relationship again. Go Juliette! It’s also great how well she treats Trubel and seems to care about her, despite the extra weirdness. Maybe she’s grateful that there’s another Grimm… but still, Juliette is handling things better than expected overall. 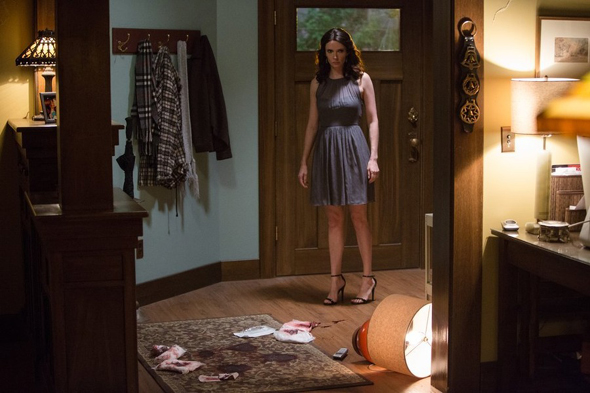 Meanwhile, we have a new Octopus-like Wesen who’s busy destroying memories – and also sucking them out! – and killing people. As usual, Nick and Hank are assigned the case, but they need Trubel to confirm that they’ve got the right Wesen. Already, Trubel is doing well as a ‘Seeing-Eye Grimm’ for Nick. She seems happy to be able to help in a concrete way, and follows the Wesen in question. Let’s give him some Trubel.

A blonde woman arrives at the hospital just as Renard seizes in his bed. They declare him dead. But but but… he can’t be…. right?!?

Great episode overall, but so many questions waiting to be answered! I can’t wait until next week – how about you?? 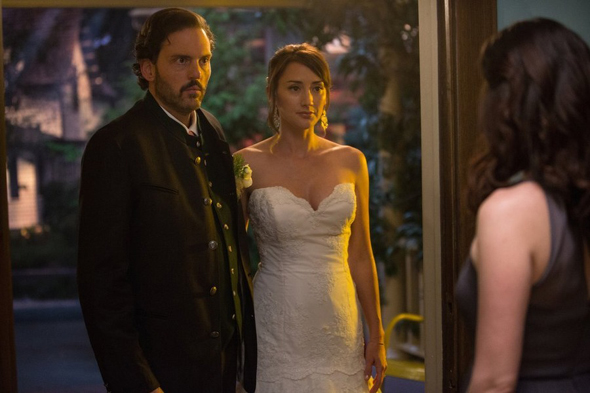