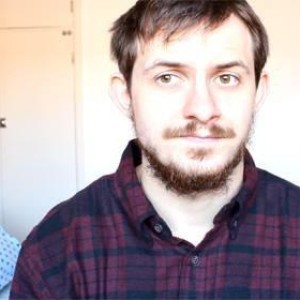 It is one of the most criminal displays of fandom not taking root ever. Psyren, after five volumes, is already one of the stronger shonen titles I’ve read. Today I’m going to look at 3 reasons why I believe it wasn’t more popular during it’s Weekly Shonen Jump run.

It was too serious for it’s target audience

The manga is about those unlucky enough to have found a phone card with ‘Psyren’ written on it. Through circumstance these individuals end up in a strange world featuring a Hunger Games style situation, and have to battle their way back to home turf (so to speak). The true horror is that these battles happen regularly, and characters have to get stronger by improving new found powers which are the result of visiting this foreign location. Now, that sounds pretty serious. Given that the target audience was the Weekly Shonen Jump(shonen demographic) audience, that are used to Bleach, Naruto and One Piece, maybe it was just too serious for their liking. The characters all have a lot of baggage, seem a bit more complex and don’t scream ‘superhero in the making’ that certain age group are used to.

As I mention previously, Psyren came up against Bleach, Naruto and One Piece during it’s run. You would have to be mad, even if you don’t like them, to disagree that those are three massive titles to compete with. Over saturation could have played a part in the titles run. Every week the target audience filled their faces with the big three, and maybe that lead to the titles cancellation. You can only go so long without taking the ratings crown a few times.

It never had an anime

All you have to do is look at the effect getting an anime had on Attack on Titan. It acted as a catalyst to creating the monstrously popular franchise. The majority of globe trotting manga titles have something in common: An anime that drives interest back to the manga. Psyren didn’t have that kind of PR machine behind it, and as a result one could argue it didn’t reach as many people.

Recent trends do however suggest that the title could get an anime one dayl. Look at the recently debuting Parasyte, a manga that ended in 1995, and it’s reemergence. Nearly 20 years after the title ended we are seeing an anime, live action film and a surge of interest in the franchise. Hope still exists that one day we will see Psyren rising out of the ashes like a phoenix, and then burning all those problems it faced. For now, go out and give volume 1 a chance. If you like the shonen formula, topped with a bit of darker themed spicing, then you won’t go too wrong with trying Toshiaki Iwashiro’s ‘Psyren’.