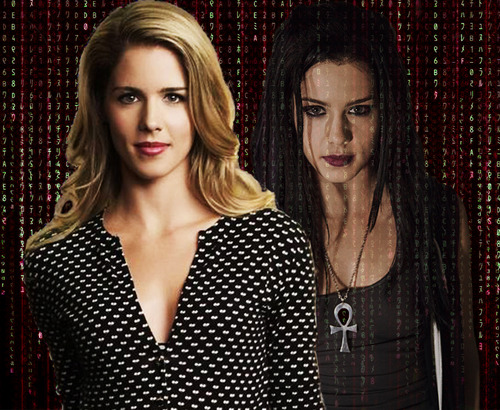 If you’re a fan of Arrow’s favorite IT girl / hacker genius, this episode was probably your favorite of the season so far. Felicity Smoak’s backstory is finally revealed, and it did not disappoint.

First of all, I need to mention the opening scene. While all the superheroes and expert assassins engage in their normal morning training, Felicity’s ‘normal’ involves 5 sit-ups on the living room floor; a delightful contrast to just about every other character on the show. The audience relates more to her that way, and also to the acute embarrassment she has to endure having both her new boss and her mom show up unexpectedly on her doorstep—before she’s even changed out of her jammies. 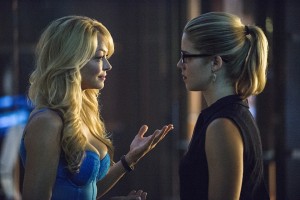 With Donna Smoak in town, Felicity has her hands full trying to balance her day life and her night life. It creates more than a little friction between mother and daughter, allowing us a glimpse into what growing up was like for. In flashbacks, we learn about her tragic past with ex-lover, Cooper (lover, which “sounds creepy no matter how you say it”). He gets arrested for using Felicity’s super virus to erase student loans and supposedly hangs himself before sentencing. Spoiler warning: he really didn’t.

Five-year-younger Felicity shows off her wilder side, the college girl who was a gothic activist with little regard for authority. Her major transformation after that was, of course, attributed to losing her first love. She grieved for him and, according to some, sold out by becoming a techy lap-dog for billionaires. But there is much more to her than that, especially when Felicity and her mom talk about her father, who left them and who Felicity takes after much more than Donna (she isn’t even a true blonde like her mom). 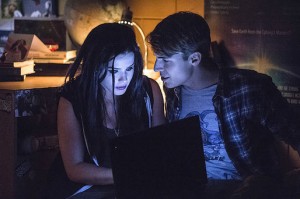 This episode’s main storyline was fast paced and non-stop. Dealing with hackers who are using Felicity’s virus against Starling City has her on edge, but lucky for her, there are other people on Team Arrow. For all you “Olicity” fans, there were plenty of scene between Oliver and Felicity, most of which involved Oliver proving to Felicity that he cares for and supports her (dare I say loves her?). Felicity’s main task is to track down who is using the virus to control the city’s power and incite chaos among its citizens. Unfortunately for her, the hackers find her first, and when I say find, I mean kidnap.

The big moment of reveal was when the leader of Brother Eye takes off his mask to reveal (gasp) Cooper himself, who Felicity thought had died five years ago. Nope, he’s very much alive and has been working for the NSA. His twisted sense of right and wrong leads him to forget any feelings he ever had for Felicity andforces—by threatening to kill Mama Smoak—her to use her computer skills to make him rich. I should have seen that coming, but really, I was a little surprised to see him come back from the dead.

Oliver swoops in for the rescue, but really, there’s no need. Badass Felicity rescues herself from Cooper with a well-placed punch and pistol-whipping. Hurray for Arrow girls taking charge in dangerous situations! 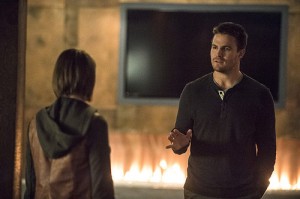 Now let’s take a minute to step away from Felicity and focus on the Queens. Thea and Oliver have a few important scenes together, all of them involving whether or not Thea should use Malcolm Merlyn’s money. In the end, they meet halfway and Thea asks her brother to move in with him to the new loft she bought with the Merlyn estate money (which she is now entitled to). But trouble brews on the horizon as Malcolm himself looks on at the siblings, a dark look on his face. My speculation is that he’s worried Thea will reveal she’s been secretly training with him.

And as if this episode didn’t have enough awesomeness, we get a final heartfelt scene between Oliver and Felicity. They talk about her past and Oliver expresses his thankfulness that everything happened to Felicity the way it did, shaping her into the woman she is today. “And you know how I feel about her,” he adds, making all the shippers swoon. 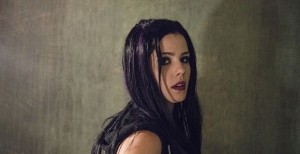 Don’t forget about the major cliffhanger, too, where Roy has a disturbing dream that he killed Sara, making this viewer nearly fall out of her chair with a blend of confusion and outrage and hysteria. What will the next episode bring? Could Roy have really killed Sara?

Verdict: I give this episode a full 10 out of 10. Yep, this one is the best yet, and maybe I’m a little biased (I am a Felicity fan), but this episode really did have everything going for it. I was just sad that it ended. I wanted a 2-hour episode. But what did you think? Do you agree, or was it lacking? Share your thoughts in the comments.