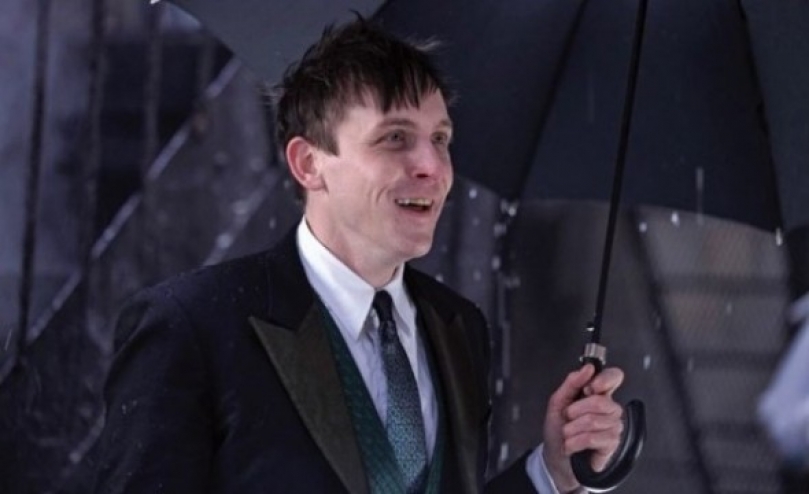 The cat—or rather, the penguin—is out of the bag in this week’s episode of Gotham. Oswald Cobblepot is back from the dead and everyone is hearing about it. Now Jim Gordon is in the hot seat as Fish Mooney and everyone working for Falcone wants to get him. He sends Barbara out of town, claiming to have a plan, but his stubbornness quickly turns into foolhardiness.

Part of Gordon’s ridiculous plan is to send out arrest warrants for the mayor, Falcone, and their close associates. He figures if he’s going down, he might as well do so swinging his fists. But everyone around him—including the viewers—can see how insane that idea is, and no one’s on his side. He refuses to leave Gotham, and as much as I want to cheer for his determination, I don’t understand how he can think he has the slightest chance. But good old Jim, he always manages to find a way out of every situation. 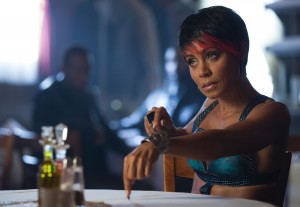 We get a nice scene between Maroni and Fish Mooney, with a bit of Penguin thrown in for good measure. There wasn’t anything in this scene not to like. It was full of tension, humor, and downright good acting. Scenes involving Fish and Penguin always deliver, and the meaning of their names only adds to the overall enjoyment.

Gordon and Montoya make amends, glad to be on the same side for once. She helps him stay away from Falcone’s radar. But when Gordon meets up/teams up with Alfred and young Bruce Wayne, he has to admit to Bruce that he might be able to solve his parents’ murder case. What is crucial about this scene is how much Bruce wants people to stop bullshitting him just because he’s young. He’s now seen too much to be an innocent child. Gordon finally respects that and still tries to keep his word by saying that the detectives with him, including Montoya, will continue to work on the Wayne case if he is killed. 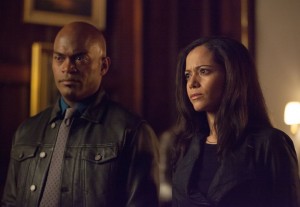 Contrary to what Harvey Bullock said at the end of the previous episode, he does not kill Gordon. In fact, he shows up to see Gordon with a girl in one hand and booze in the other. What Jim’s seemingly suicidal course of action has done is bring him a few necessary allies–most of all securing Bullock. Not only him, but Montoya and even young Bruce Wayne are starting to really support Gordon when it seems like all of Gotham is against him.

Another noteworthy thing about this episode is Penguin’s own motivations. We knew he was conniving from the beginning, but in this episode we start to see the big picture and how far he will go to. He kills one of Maroni’s men who doesn’t trust him, and he does it without remorse. Rather, he does it with a smile and a proclamation of “Love conquers all.”

More than anything, this episode seems to be all about respect. Respect between rivals, respect between friends, and even respect between enemies. Gotham, from day one, has been a power play show—a show about making a move to gain something over someone. Every key player is starting to make their move now, good and bad alike. 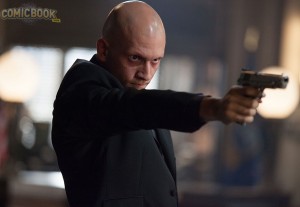 Jim Gordon continues to be on lucky son of a . . . well, you know. Not only does he get captured by Victor Zsasz—along with his precious Barbara—but he manages to make Don Falcone give him a second chance. But that turns out to be a powerful move in the grand scheme as well.

When Penguin confronts Falcone, we learn the shocking truth about Penguin’s plan: he struck a deal with Falcone to have Gordon kill him, trusting that Gordon would spare his life, so that Penguin could eventually work his way into the Maroni family and be Falcone’s personal snitch. We also learn that Falcone knows about Fish Mooney and Nikolai the Russian’s plan to overthrow Falcone from his seat of power.

And to top off the episode, it turns out Penguin has big plans for Gordon. To paraphrase the final line of the episode: “Gordon will see the light one way or the other.”

Overall, I give this episode an 9 out of 10. Like the previous episode, it had a lot of great focus on the corruption and mob relationships of Gotham. Despite Penguin being able to leave the precinct (apparently without any repercussions) and the weird idea that Gordon is just going to ‘go back to work’ after everything that’s happened, this episode had a lot to offer and lot of important reveals.