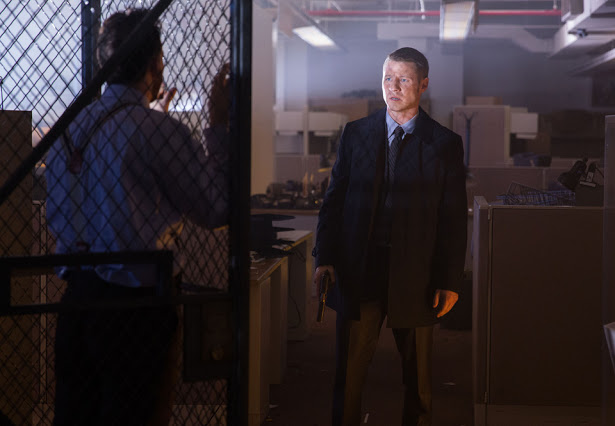 In this week’s episode, we learned the first rule of Gotham Fight Club. And no, it’s not ‘Don’t talk about Fight Club.’ It’s more along the lines of ‘Jim Gordon doesn’t need back up.’

The episode has a promising start. First, there’s the deadly office space scene where men are duking it out to the death around cubicle walls. Second, there’s the shocking scene of Ed Nigma pulling a finger out of an anonymous dead man’s mouth. Am I getting cannibal vibes from this episode?

Turns out cannibalism doesn’t factor into it. Harvey Bullock and Jim Gordon are on the hunt for answers, though. Along the way, Gordon still isn’t making friends with the other cops. Bullock is still on his side, but he’s the only one. Once again, we see Gordon being bull-headed when it comes to playing nice with the crooked cowards at the police department. And he’s determined to lock up everyone who’s dirty . . . even if that includes Bullock himself.

Their storyline centers around tracking down the mastermind behind the office-themed fight club. And as I mentioned before, when it comes to climactic battles against Mr. Sionis (AKA The Mask) and his goons, Gordon doesn’t need backup. But he gets it anyway. 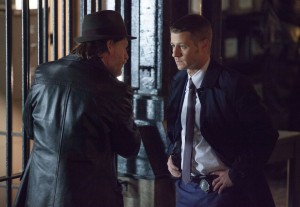 The scene with Bullock rallying the troops at the station is a moving one. He calls them all out on their behavior, saying that they should help Gordon because, despite him being an asshat, he’s still a cop. And cops should help their own. The scene is important, and yet still felt like a let down when they all showed up (including Bullock) to help and/or save Gordon, but he had already taken care of business.

Now let’s take a tangent from the main story so I can mention that Selina Kyle (AKA Catwoman) is back! She makes a grand entrance from the sewers with a pile of fur coats, expressing herself by saying, “A girl’s gotta shop.” As usual, she seeks out Jim Gordon. I have a feeling we’ll be seeing a lot more of her in forthcoming episodes, not only with Gordon, but also with Bruce Wayne. Personally, I can’t wait to see what else this girl brings to Gotham’s table. 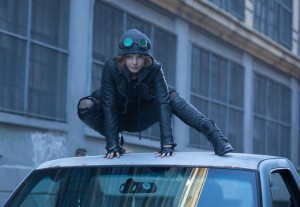 Speaking of Bruce Wayne, the boy is back at school and dealing with his own fight club. His classmates are giving him trouble. Oh, who am I kidding? They’re giving him hell. They tease him for being an orphan and badmouth his mother. It only serves to infuriate his already constant simmering anger. By the end of the episode, Bruce pleads with Alfred to help him learn how to fight, and by extension, learn how to control his rage. The Bat’s training will soon begin, methinks.

This episode was quite pivotal for Bruce and Alfred. Although they haven’t been interacting much with the other main characters (the one exception being Gordon), they had an important, defining moment. Alfred shows Bruce how supportive he really is, even going so far as to drive Bruce to his bully’s house and so Bruce can kick the crap out of the other schoolboy. Alfred is stepping into a fatherly role, even if that role means teaching Bruce to embrace the dark and gritty side of himself. 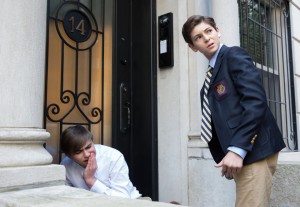 The other main story line involved Fish Mooney, Oswald Cobblepot (Penguin), and the ongoing rivalry between Falcone and Maroni. Mooney and Penguin have one of their usual “heartfelt” talks. After strained negotiations, Penguin offers Mooney a gift—a broach stolen from some ritzy woman. Mooney is so flattered by the beautiful thing that she shows her appreciation by stabbing its pin into Penguin’s hand. Mooney won’t bite, but she will stab a snitch and taste his blood. Mmmm, sweet.

Mooney and Penguin are still very active in their agendas, Mooney with her secret weapon, Liza, and Penguin with his kidnapping and forcing information out of Mooney’s new pet (and Penguin’s successor). By the end of the episode, everything has been ramped up again, and I’m not sure who has the upper hand anymore.

Ed Nygma, in general, continues to pull focus. I can’t get enough of him on screen. He brings some humor into a show that is mostly dark and dramatic, and I appreciate that. He also happens to have my favorite line (or rather, riddle) of the episode. 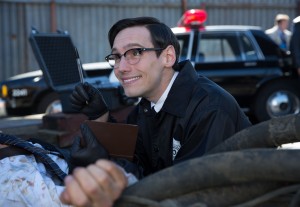 A character who doesn’t have nearly as much appeal on screen is still Barbara. As you may have guessed, this episode did nothing to help make her more likeable to the audience. After she spent the previous episode whining to Jim, refusing to leave Gotham when he insisted it was for her safety, now she’s ready to skip town. All because Gordon won’t answer her phone calls. Because he was in danger! Knowing that Jim couldn’t answer his phone when she tried to call—which ended up frustrating her enough to walk out on him—isn’t doing her any favors for being a well-liked character.

Overall, I give this episode 8 out of 10. There were a lot of great scenes, especially those involving Bruce and Alfred and Gordon and his coworkers. But Barbara’s whole involvement and the weird office fight club case were more detrimental than anything else. Those are my thoughts, but what are yours? Share them in the comments!