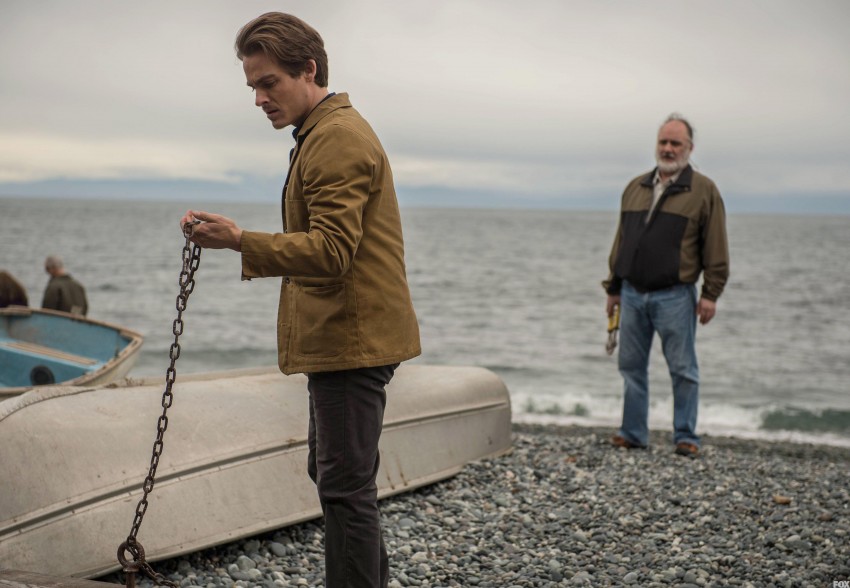 Episode six of Gracepoint is the most evocative episode so far in the season. The shaming of Jack Reinhold, the reenactment of Danny’s movements through town prior to his death and Beth’s processing of Mark and Gemma’s affair make for waves of sympathy in this small angry town. The tents finally come down at the beach and life marches on when Beth tells Mark of their pregnancy. 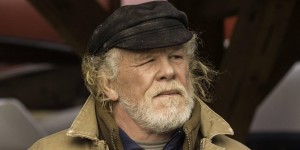 The price of a salacious by-line was Jack Reinhold’s life. Renee pursued and exploited the angle that Jack was a convicted pedophile who preyed upon the local boys. The story that emerged however was so far from the fiction and fear mongering that it was heart wrenching. The more we see of Renee, the more snakelike she becomes. Renee has no ethical code and is more concerned with her pay check than the impact she has on the lives of the people who live and work in Gracepoint. She has jeopardized Owen’s local job through her machinations, brought unwanted media to town through her over-blown reporting and indirectly caused the suicide of Jack Reinhold, is it any wonder Detective Carver loathes the sight of her?

We learn of parallels between Jack and Mark. Both men stand accused of Danny’s murder but more important both men lost a child at a tender age. We learn of Jack’s wife and son who died in a car accident at the age of 9, so close to Danny’s twelve. It is explained that jack’s involvement with the Nature group was simply his way of coping with the loss of his child so many years before and not the insidious pedophilia which Renee was so quick to fan the flames on. Jack proffers a warning to Mark when he says that the death of his child tore apart the love that he had with his wife.

Beth Solano rages about town breaking glasses and venting her frustration and anger at the affair Mark had and rightfully so. She confronts Gemma and tells her to leave her family alone. She quizzes Mark only to have him tell her that he strayed because of her. LAME. I am so tired of hearing men place the blame for affairs on the women they chose. Nope, Beth was not there when Mark and Gemma were engaging in adulterous behavior only Mark and Gemma are to blame.  It is trite and annoying and a lie to make the cheater feel better about the fact that they betrayed their partner. It was a poor choice to perpetuate the stereotype and the myth. 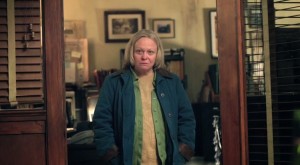 Then there is creepy dog lady Susan, the other main suspect that emerged after last week’s episode. Her past will be unearthed, her behaviors are very off the wall and no doubt it will come to light that the cigarette butts found on the beach belong to her. Looking forward to when they discover the skateboard in her trailer and the drama that ensues, seeing as she knows men who will rape at her command.

Vince is becoming more aggressive and suspicious in his desire to place the blame for Danny’s death on someone. His leading the lynch mob that was intent on doing Reinhold bodily harm was more than a little over the top as well.  And Carver mistaking Gemma for the town trollop after she shows up in his room with towels one night was not too far-fetched, but again this injected a strange element into the show that could have played out differently. 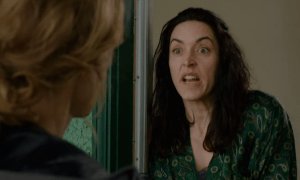 Owen and his mother are in a pickle what with the burnt boat being revealed as their boat. The boat’s ownership was revealed after Owen tried to hock his Dad’s boat to reclaim the refrigerator that had been taken from his home because of his mothers addictions.  Owen’s mother is an ugly piece of work demanding money in order to reveal what she saw on the day Danny died.

It was disheartening to see the awkward moments of sexual innuendo continue in this episode and as an actual hiring manager Carver’s comments to Ellie about their co-worker were way out of line and did not create the jocular colleagues moment that was being sought.  We have three episodes to go and I look forward to seeing more information revealed as we get closer to the end of the series.