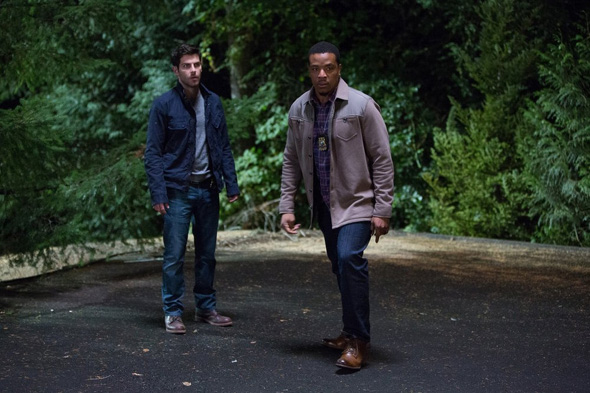 Now THIS was an excellent episode!! So many great story arcs interwoven with a really intriguing Wesen of the week plot – I’d say it was the best episode so far this season!

Elizabeth has come up with the potion to bring Nick’s Grimm powers back – but there’s a fun little catch. Juliette has to be the one who breathes in the potion, which will turn her into Adalind, and then she and Nick have to sleep together while she’s an Adalind look-a-like. Nick’s a good guy to immediately say he won’t put Juliette through that, but if that’s the only way… well, the two definitely have some thinking to do. I wonder if it’ll work, though, since Juliette isn’t a Hexenbiest… 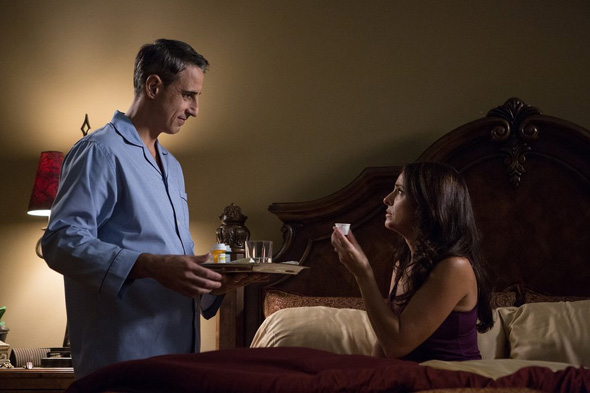 So yes – the Wesen of the week was not one, but FOUR Luisons, brothers working together to drive the wife of one of them crazy so the husband could take control of her money. I have to admit that they got me with the fourth brother – I wasn’t expecting him! I loved the fact that the writers found another type of wolf Wesen to use, based on a South American legend – there are many different species in the world, and it’s fascinating and wonderful that they’re using such a variety of myths, fables, and legends on the show. Another great aspect to this story was the use of the mask to help frame the brothers – they haven’t really done that before, but in this case, it made sense. It also makes you wonder how many people are tortured by Wesen in a similar fashion and end up in a mental hospital because of it. I also liked that Nick decided to use Monroe again, as he has in the past, instead of Trubel. Monroe needed something more to do, and who better to help take down wolf Wesen than another wolf Wesen? 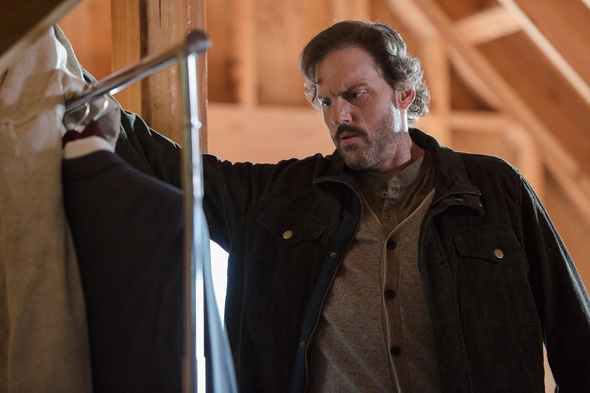 Then there was the juxtaposition of Viktor using Alice in Wonderland-type tactics to drive Adalind over the edge so she’d do what he wants. Kudos to Claire Coffee on her great acting in these scenes, which were no doubt not easy to do! The imagery was fantastic, and clearly, Viktor’s got a witch of some sort (Stephania perhaps?) working with him. Adalind is broken now and ready to agree to getting “our” baby back – Viktor’s use of “our” stems from the fact that the baby has Royal blood (whether via Sean or Eric… will we ever know?) and also the fact that he paid for the baby. He’s truly ruthless, and I’d be very afraid for Diana if he ever did get hold of her. Would her Royal blood protect her? 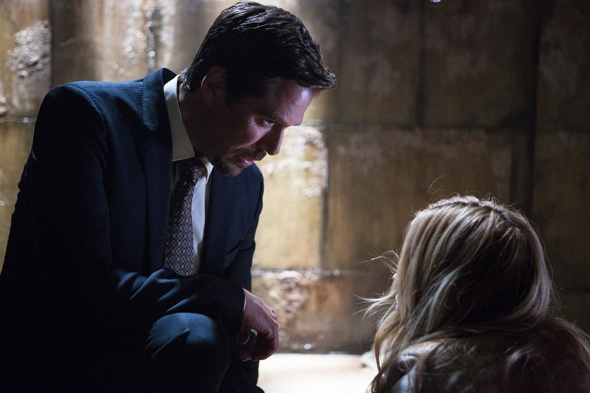 Now we’ve got another family member who wants to find Diana – (possible) grandmama Elizabeth. Sean told her that Nick’s mother has the baby, but unless she can use Nick to find his mother with some sort of Hexenbiest spell, finding Kelly and Diana isn’t going to be easy. A fight between Kelly and Elizabeth wouldn’t be pretty at all – and who would Diana be better off with, in the end? Perhaps we’ll find out…

Josh returns home finally with his father’s ashes, but finds the place trashed and the people – Wesen – are still there. They come after him, but he throws the urn at them and runs off, calling Nick from nearby bushes. He somehow manages to get away and onto a bus. Josh and Nick know they were after the key, but will Josh be safe anywhere? And will he begin to have Grimm powers at some point? So far we’ve seen that some Grimms get them early – Trubel – and some get them later – Nick – so perhaps it’ll happen. 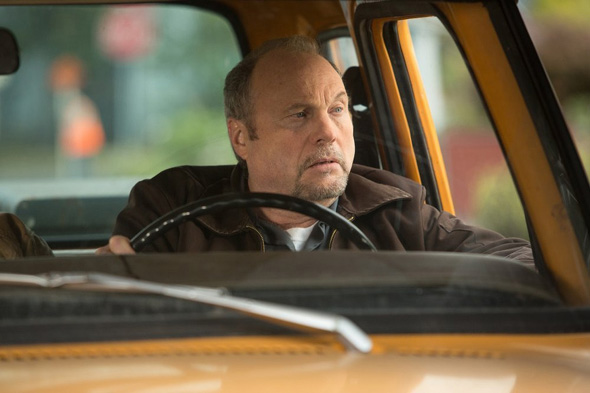 Oh, Bud. I adore you, but your big mouth got Nick in some potentially serious trouble. Luckily, Trubel took care of it – in a very Trubel way. You have to love this tough girl taking on a Wesen that’s so much bigger than she is and scaring the crap out of him! The side benefit there was that Juliette heard Trubel and Bud discussing Nick’s life being in danger because he wasn’t a Grimm, which of course got her thinking more about the ‘cure’ for Nick’s de-Grimming. 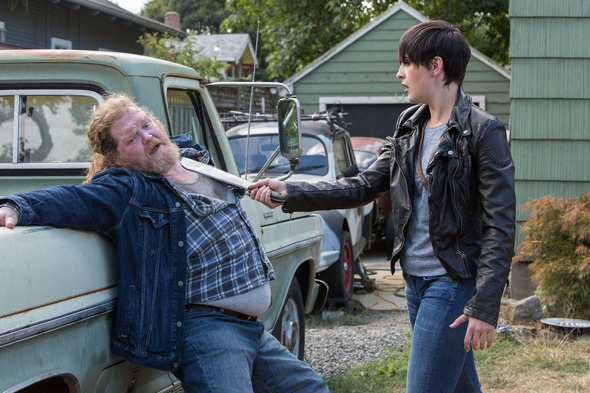 The sign set on fire on Monroe’s and Rosalee’s lawn was an obvious but appropriate reminder of how mixed-race couples were treated in the 50s and 60s, as is the entire storyline about the Wesen societal problem with mixed-Wesen marriages. It’s difficult to watch, but does make sense considering how few mixed-Wesen couples we’ve seen in the episodes of Grimm. It was unsurprising that the incident is what pushed Juliette over the edge to telling Nick he needed his powers back – Rosalee and Monroe are their close friends now, and Juliette is very loyal and protective of those she cares about. The fact that Nick was talking about how he missed having his powers to Monroe just before the incident was also unsurprising, as we’d seen plenty of hints of that, but it was good to see that both Juliette and Nick are on the same page about it and ready to get things done. 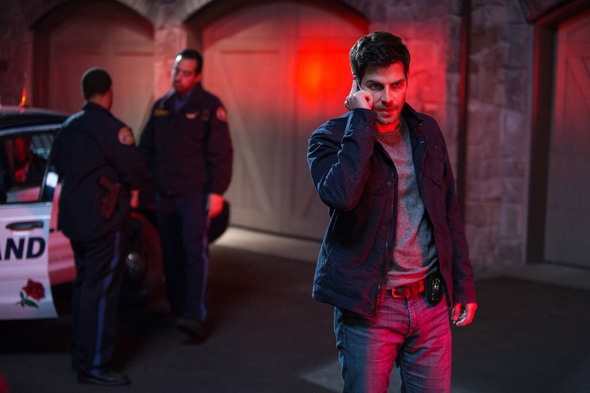