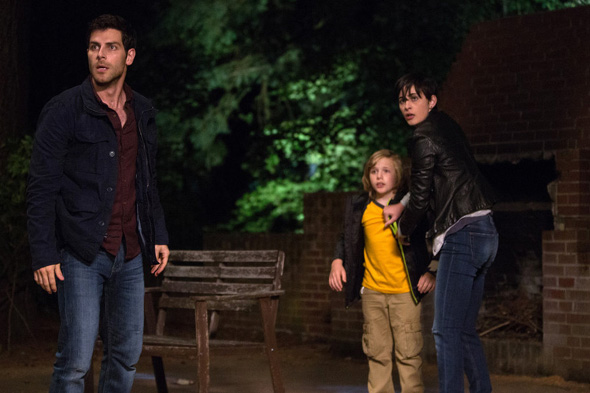 Grimm Review – Dyin’ on a Prayer

This week’s episode was an interesting one – other story arcs were really more interesting than the Wesen of the week. 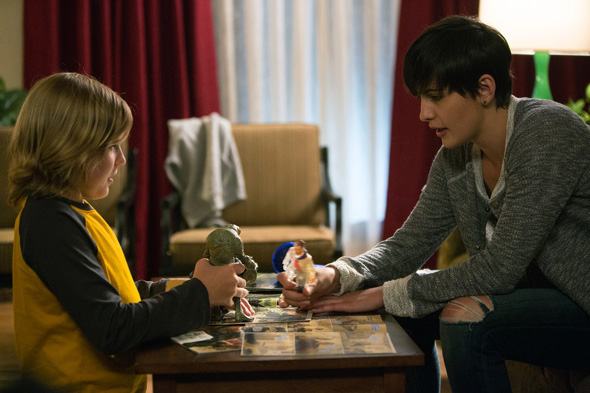 Don’t get me wrong – the golem story was good, but the best parts of it were seeing Trubel’s interactions with David and then Nick threatening him. I think this was a deliberate juxtaposition so that we could see them as nearly opposite as we usually do – Nick has often been the more caring one, trying to help everyone, while Trubel is often a badass who doesn’t think much beyond herself (although that’s clearly changing). To show Trubel as more like Nick and Nick more like Trubel seems to be another way the writers are pushing the “Seeing-Eye Grimm/No Longer a Grimm” storyline – subtle, but important. Kudos to both David Giuntoli and Jacqueline Toboni for doing such a great job with their evolving characters. 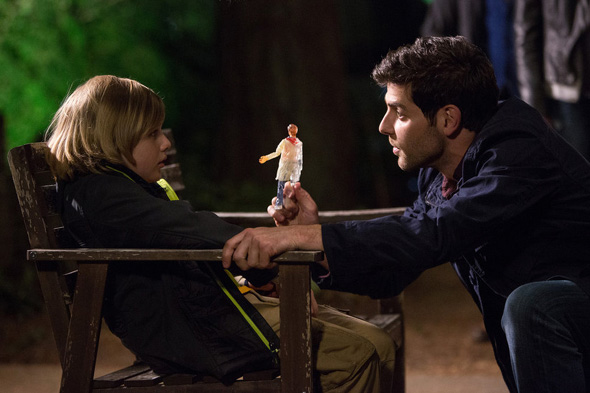 So Wu has had enough of waiting to talk to Nick, and he goes to the top – Captain Renard, who has just returned to work. Renard knows exactly who Trubel is and what she’s doing, especially now, but he wisely tells Wu that he’ll look into it himself. Will Renard be the one to say that Wu should be “in the know,” finally? 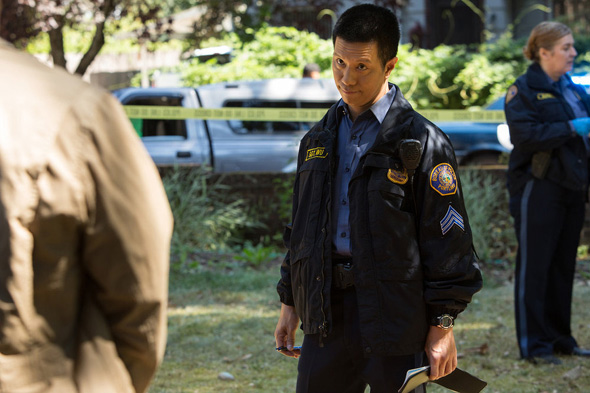 Adalind, meanwhile, gets herself caught in a trap in Viktor’s castle in Austria. Was the weird guy who let her out of her cell working for Viktor, or was he really trying to free her? Maybe we’ll find out, as long as Adalind doesn’t drown (I’m pretty sure she won’t – that would be way too simple).

The brick-throwing incident at the spice shop was different because for once, Monroe and Rosalee weren’t the only ones who knew what was going on – Elizabeth was there to provide some information to them. It seems as though the happy couple have some other kinds of trouble to worry about now. The fact that she knew what Adalind had been through – losing her powers, going through the spell to get them back while pregnant, and the fact that she knows Diana would be even more valuable – is both creepy and interesting. Apparently at least one Hexenbiest has gone the same route in the past… what else might she know about Diana and her powers?

The good news is that Elizabeth has figured out the spell Adalind did, and it’s nearly complete – her fooling Monroe by appearing first as Adalind was excellent, as was Rosalee’s reaction – she’s always curious about potions and how they work! But what, exactly, do they need from Juliette to finish the potion and bring Nick’s powers back? And will Juliette agree to it? 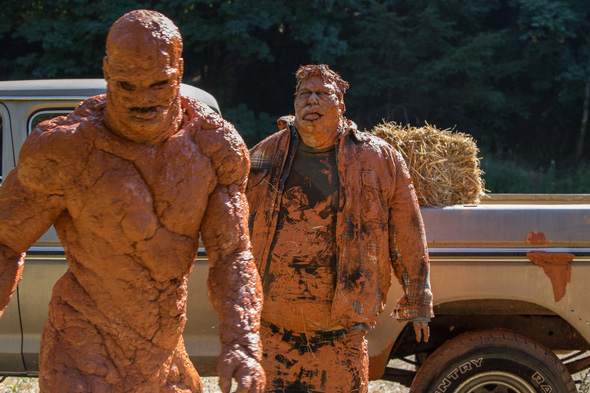