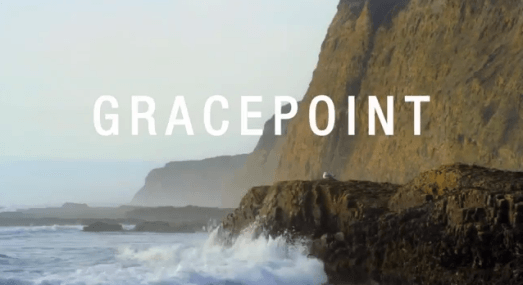 If it walks like a duck, quacks like a duck it must be a duck. I was not surprised one bit by who did it, after all the hype and the drama pumped into the moment it arrived with a big fat fizzle.

I really wanted to like this show. All I can say is that it was MEH. I have seen worse, and I most assuredly have seen finer murder mysteries. In the end the actors got their rhythm down but the writers failed at driving the beat. The direction was fine, cinematography excellent, if Fox is going to keep this franchise I strongly suggest that they find new writers.

A major flaw for me was a lack of a discernible timeline, were they on the case for one month or the better part of a year? The whole, not releasing the body of the victim to the family until the case was solved, ridiculous and absolutely disprovable. Minor details are incredibly important when trying to paint a realistic picture.  When a person is suspended immediately there is no allowing them to finish up the day here in the U.S., you are literally escorted from the work place, small inconsistencies that drove me nuts. 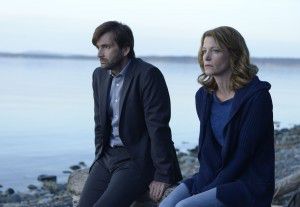 The instances of failed humor were painful and disheartening, you either go full on with your choice or you lose the respect of the audience. The writers of Gracepoint lost mine. Many scenes were akin to being on an awkward first date where you knew from the start you would never return that person’s phone calls ever again.

The foreshadowing and plot building around the entire pedophilia idea, from taking pot shots at the Priest, to an understanding sympathy toward Jack Rheinhold’s sexual offender conviction, Susan Wright’s husband and then ultimately our confessed killer was painted in too broad of strokes and piled on way too thickly. I suppose that was someone thinking that the American audience is too daft to ascertain a finely drawn and crafted plot.

Then we come to the psychological trauma of the idea behind Danny Solano’s death. I have a twelve year old son, he shares everything. The good the bad and the ugly, his friends are much the same. For a young boy to suppress the events he was party to for any significant amount of time would have intense adverse impact on the child’s psyche unless the child was a sociopath.  Something as grand as murder I doubt would remain secret within the child’s world.

I did like how the story resolved for the Solano’s and the modicum of closure that they achieved by learning who confessed to killing their son.  I think if they knew the whole truth of the matter that it would have been too complex for them to comprehend.  The memorial service was a little too preachy, but I did not like how the Priest was portrayed through the whole show so that was no surprise.

As for Detective Miller not knowing about her husband I am with Beth Solano on this one, how could she not know.  She is a detective.  She is trained to observe.  Ellie would have seen clues.  There was not any true groundwork laid for the sudden revelation that Joe Miller was a pedophile.  And while I can appreciate all the clues being falsely planted around town that there was a man who liked boys, the amount and actual misdirection was overkill.  Too much pointing fingers away from the real killer diminished the story for me.

Tom and his hinky behavior was always on the radar.  The e-mails and texts that were read back to Tom by detective Carver were not salacious or even upsetting and they most certainly did not sound as though they were written by a boy.  Certainly the children had drifted apart as friends, but that happens. There was no vicious intent behind what happened that caused Danny’s death.

In the end we have an accidental death being palmed off as murder, but the deeper story is the perpetuation of myths and lies.  No one but the Millers know what happened on the cliff and by protecting and sheltering their son Tom they will cause him more psychological trauma than any human needs to carry.