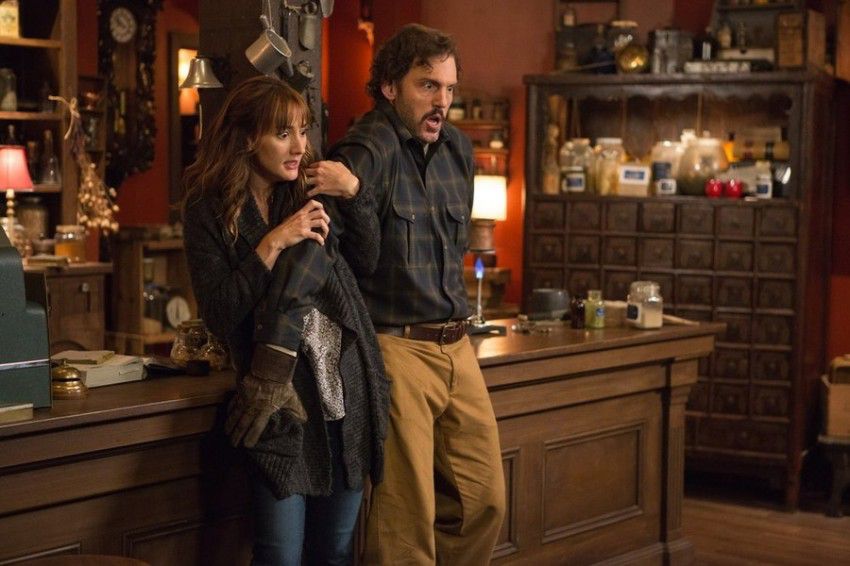 WOW. Great episode, but DARN YOU Grimm, even though I KNEW there would be cliffhangers, that doesn’t mean I like them – or having to wait 3 weeks until the next episode!! 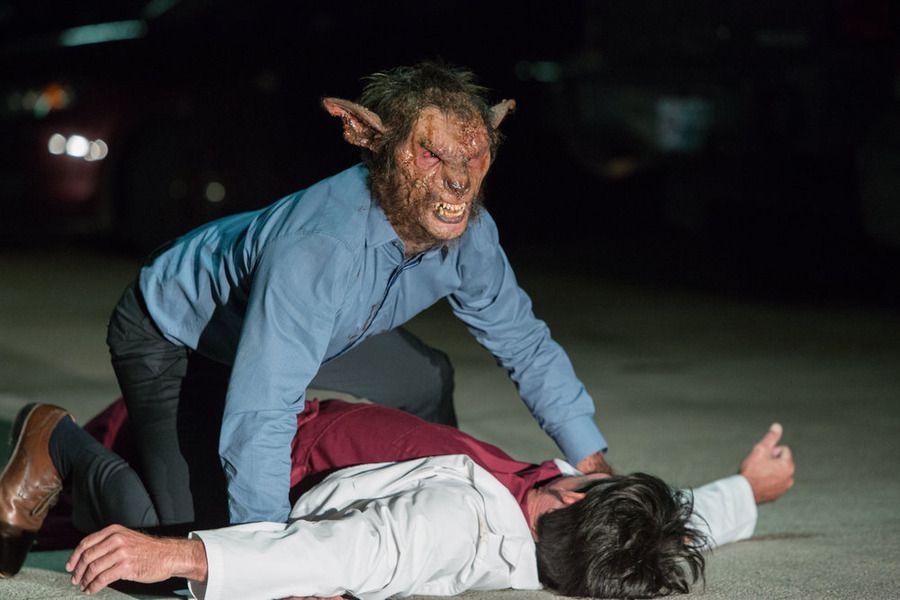 So the Wesen of the week was the Chupacabra – I’ve heard and read quite a bit about this legend, especially after living in both Southern California and Texas. I love the Grimm interpretation – it’s a disease that Wesen get, not actually a species of Wesen. That said, this is the second episode in a row that they’ve gone with a Wesen disease rather than a species – they should space the use of this premise out more so it doesn’t seem overdone. Once again, Rosalee comes to the rescue, but sadly she only has enough of the ingredients to save half of the Coyotl couple inflicted. It was heart wrenching to watch the husband sacrifice himself for his wife, but it was also another reminder that many Wesen are good people – a clear juxtaposition with the Secundum Naturae Ordinem Wesen right now. 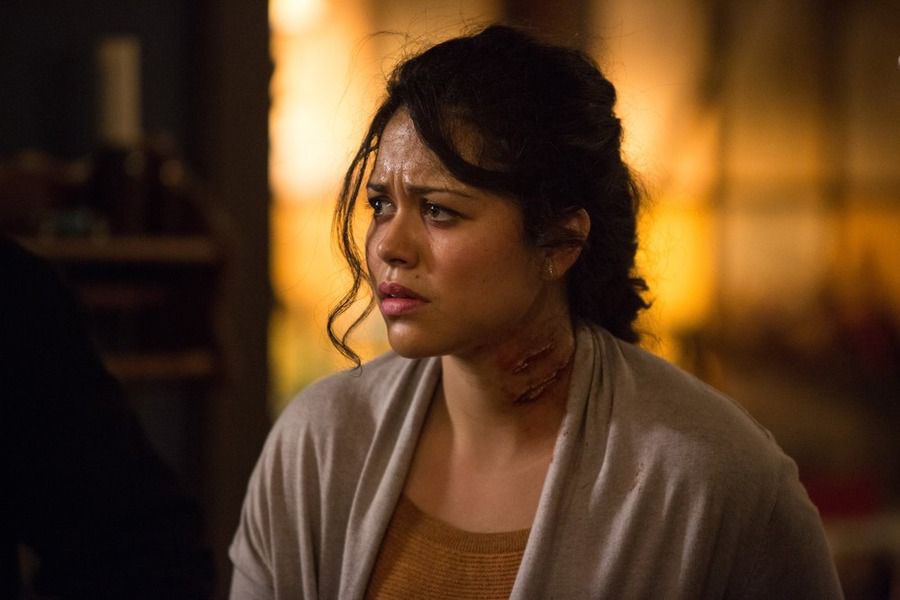 But there was so much more going on! JULIETTE’S NOT PREGNANT. Thank you, Grimm writers! You had me worried for a bit. I’ll be happy to see Juliette pregnant eventually, but that’s another plot arc that can wait. And then she WOGED into a Hexenbiest! It seems that the potion has some unexpected consequences… just how far is this going to go?? She can’t really get Adalind’s powers… can she?? Bitsie Tulloch did an excellent job with her scenes, and I hope this will mean a lot more from her. This is going to get weird… even for Grimm! 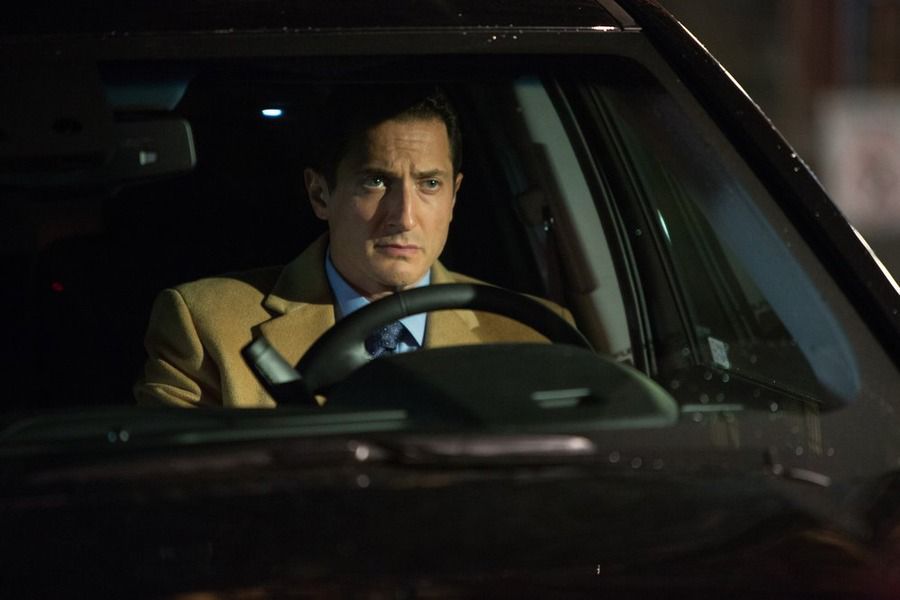 Renard gets a visit from some of the Resistance, and they know that they don’t have the baby, and have figured out that Sean knows who does. He tells them Kelly Burkhardt has Diana – and tells them he would be with her back with the Royals if he did have her… is that the truth? Renard’s motivations are really murky. He seemed like he wanted to be a father when Diana was briefly with him… but perhaps not. The Resistance man tells him that the Resistance wants the baby, and that Sean will help them get her. And then…

Over in Vienna, all they can find are the reports that Kelly Burkhardt died in a car crash years ago. But as they know she was last seen in Portland, that’s where they’re heading… uh oh… Everyone who wants the baby is coming to Portland. This is going to be a huge mess if they all meet up – and let’s face it, they probably will. It’s Grimm! 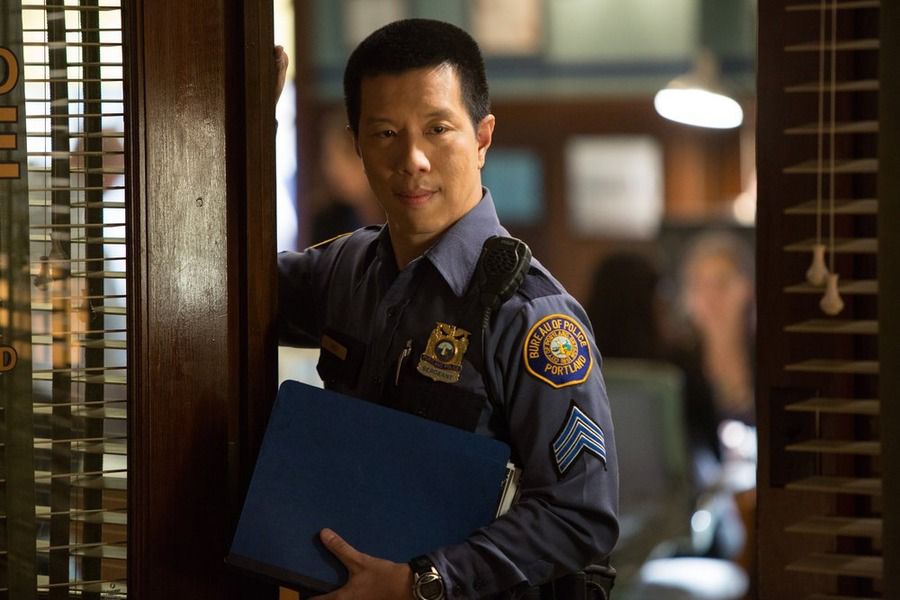 And now Sgt. Wu KNOWS! Hank and Nick finally tell him, and soon after he sees the Chupacabra – who then turns back into a man. He drives off before Hank can stop him, goes to a bar and drinks too much, and hallucinates the Aswang – which leads him to throwing his glass against the mirror behind the bar and shattering it… and that leads being thrown into the drunk tank at his own station. Oh, Drew… We saw some really great acting from Reggie Lee in his scenes tonight – he definitely got to stretch his acting muscles! Here’s hoping Hank finds him and manages to get him out and calm him down. The truth isn’t going to be an easy road for Drew Wu, it seems… not that I could blame him after what he’s been through. But but but… Monroe and Rosalee!! The nasty Secundum Naturae Ordinem Wesen call Rosalee – they’ve left a dead fox hanging by the back door of the spice shop, and tell her that it’ll be her blood next. SO horrible. Then later the couple decides to be nice to the officer watching their house – Rosalee makes him a snack and Monroe brings it out… and the ‘officer’ turns his head and has one of the Secundum Naturae Ordinem Wesen masks on! Another member hits Monroe from behind… and then nothing! Nooooooo!!!! Was the officer a member of the Secundum Naturae Ordinem Wesen? Surely not – Nick would have to know if there were any Wesen on the force. Did they knock out or kill the officer and then have a member take his place? How badly is Monroe hurt?? What are they going to do to him – and possibly Rosalee – now?? Will these two ever get to have a honeymoon? Auuuuuggghhh! Now we have to worry for three weeks!! Many kudos to Silas Weir Mitchell and Bree Turner for the amazing jobs they’re doing during this arc. It’s difficult to watch, but you can tell they’re bringing their all to their roles. 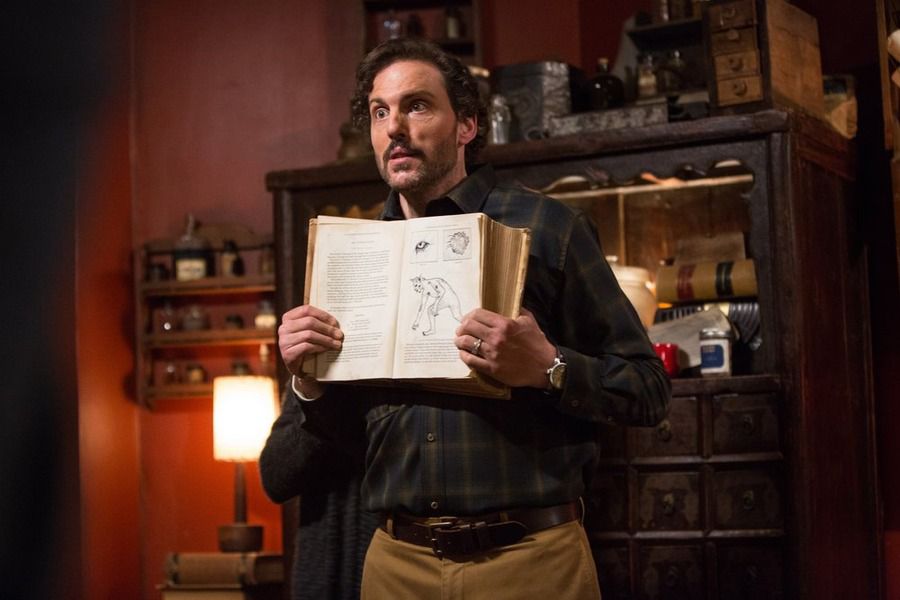 Happy holidays to all of you Grimmsters from all of us at Three If By Space! See you back here on January 9th! 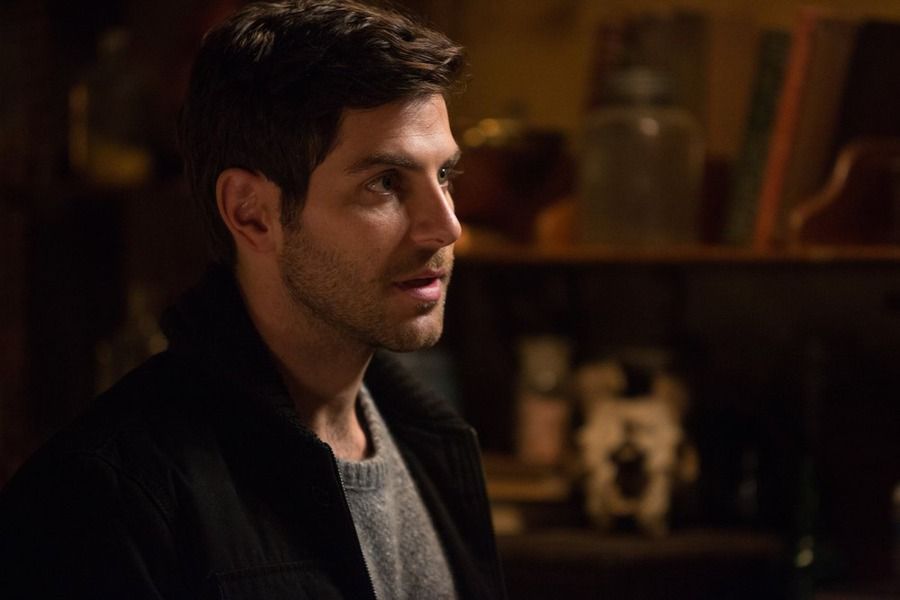