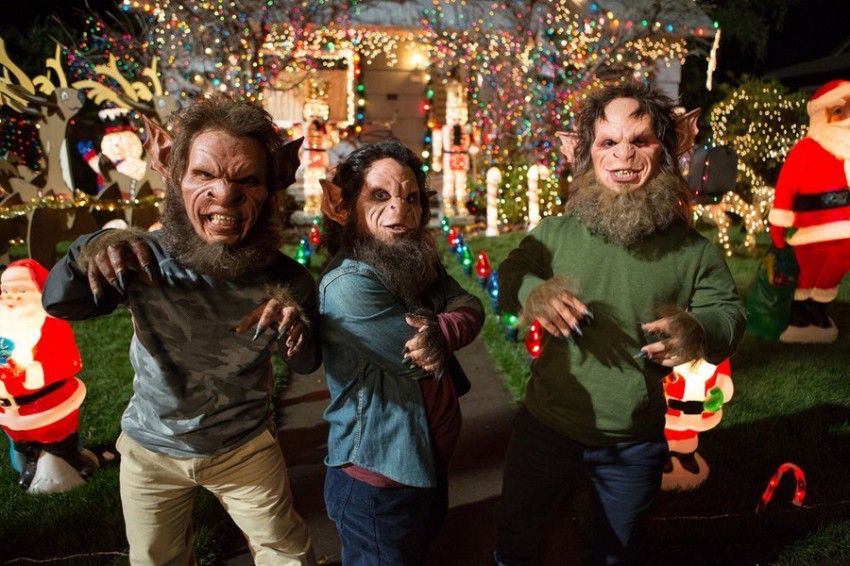 Another excellent episode – with Christmas trimmings to make it even more special! Although I know that the episode title is a play on “The Grinch Who Stole Christmas,” I have to take issue with it since neither Nick nor Trubel stole Christmas. 😛 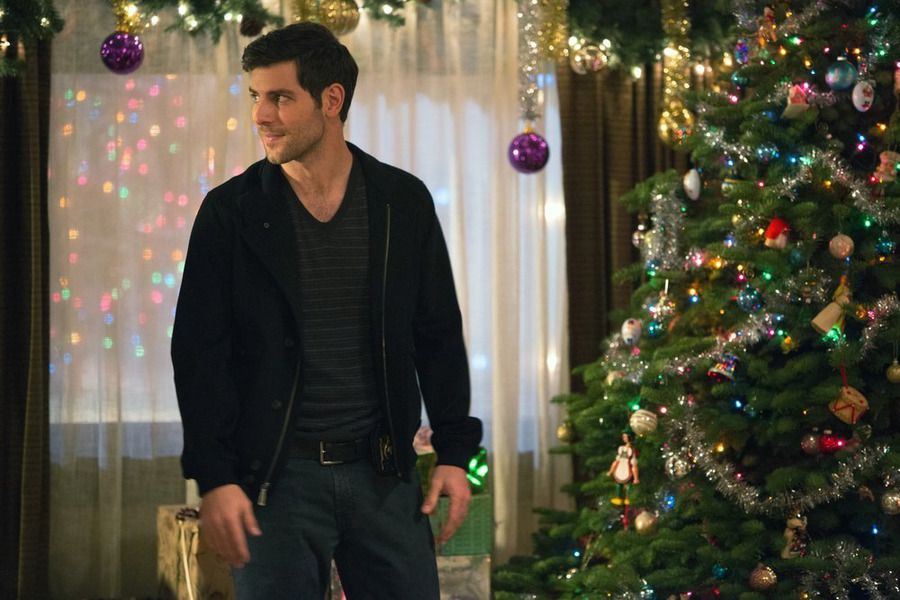 I really liked the Wesen of the week plot – it was nice compared to last year’s Krampus (although Krampus was cool for different reasons)! The Kallikantzaroi “disease” that some Indole Gentile Wesen children get that turns them into little monsters – literally! – for the 12 days of Christmas unless they eat a ton of fruitcake was a fun take on the Greek legend. Plus, it explained why fruitcake is such a big thing in various cultures (although it doesn’t explain why some fruitcake is awesome and other types are… not). It was also a fun change to have a Wesen of the week that wasn’t deadly, merely mischievous. I would’ve liked to know more about the Indole Gentiles, though – it was interesting that the parents showed no fear of a Grimm. It was also great to see Juliette help out with her vet skills again, and see both she and Rosalee take on the little gremlins. And using the fruitcake food truck as a trap was pure genius! 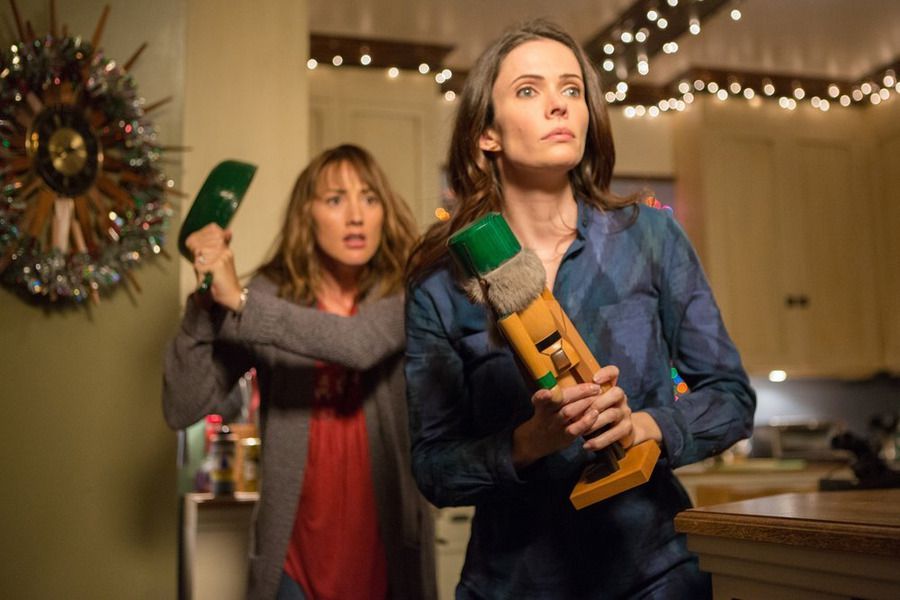 On to the other story arcs… Josh and Trubel working with Bud to spy on the Wesen who appear to be the ones taking part in the attacks against Rosalee and Monroe was pretty cool, and it was good to see Josh wanting to take part and even stepping up to save Trubel from the Schakal. Trubel gets permission from Nick to show Josh the trailer and educate him on Hundjägers. And Trubel then comes to a big decision – she needs to go to Philadelphia with Josh so he can get his life in order and she can protect him. No one knows if he’ll inherit his father’s Grimm powers at some point or not (wouldn’t it be nice to be able to talk to Mama Burkhardt right about now??), so he needs all the help he can get. It was very touching that Nick gave them Aunt Marie’s old car – I’m sure she would’ve approved. Here’s hoping this isn’t the last we see of Trubel and Josh! I’ll miss seeing Jacqueline Toboni on the show every week – she’s been an amazing addition to the cast.

There weren’t any more attacks on Monroe and Rosalee, and it looks like they’ll finally get to take their honeymoon. But the threat is still there, and no doubt more will happen. As Bud said, “This is getting serious.” It was interesting that there was nothing on Adalind and Viktor in this episode – perhaps they just had to have a nice Christmas with the Royal family. Sounds delightful… not.

Then we have Sgt. Wu. Renard spoke to Nick briefly about his mother leaving and the fact that he told her that Nick’s mother has Diana. He also thinks that Viktor must know as well, since Adalind is with him, but since Nick doesn’t know where Kelly is, it’s going to be interesting for everyone searching for her. But at the end of the conversation, Renard asks Nick how he wants to handle Wu. Unfortunately, the conversation is cut off when Nick has to go to a crime scene, but Renard does tell him that he doesn’t want Wu to know that he’s part Wesen. Later, we see Wu comparing his drawing of the Aswang to the drawing of the Kallikantzaroi gremlin, and it’s clear that things are starting to add up even more… 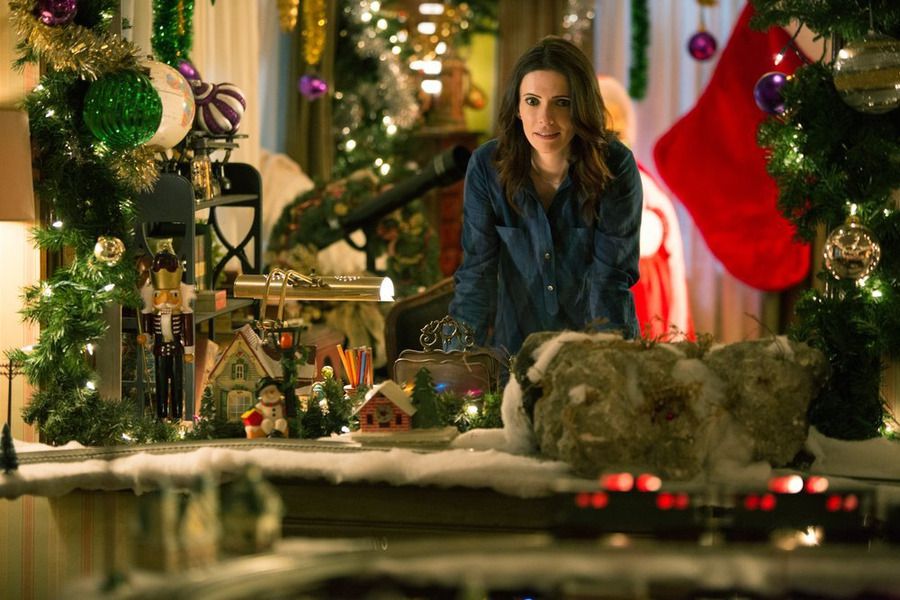 Finally… is Juliette pregnant? She and Rosalee discuss it briefly, but she doesn’t think she is – and then she worries if it happened when she was Adalind and what that could mean. At the end of the episode, she’s taking a pregnancy test – and she’s crying. Is she crying because she IS pregnant and she’s worried what it could mean for the baby, or is she crying because she’s not pregnant and is relieved or sad? I’m hoping for not pregnant – does Grimm really need another baby-related plot at this point? I suspect we’ll find out next week… 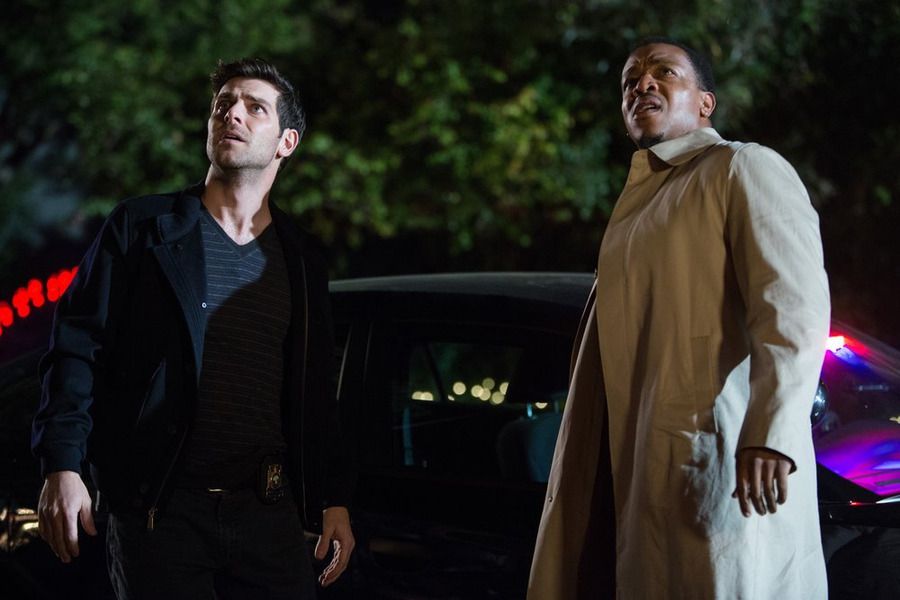