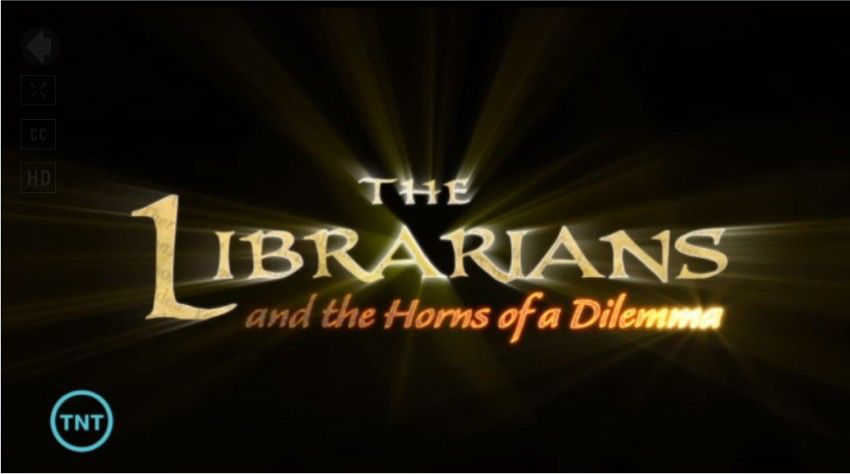 The Librarians: Episode 3, “And the Horns of a Dilemma” Review

Watching last week’s two-episode premiere of TNT’s The Librarians – “The Crown of King Arthur” and “The Sword in the Stone,” I wasn’t quite sure what to make of this new show. While Noah Wyle, the star of the three original Librarian (singular) films, was an hand to provide some continuity and explanation, the show didn’t have the epic sweep or drama (really!) of the movies, and seemed to cover a lot of Warehouse 13‘s ground. Rebecca Romijn was unconvincing as a NATO counterterrorism agent – too slow in the fight scenes to be anywhere near realistic, and as Flynn Carsen’s potential love interest, again, unconvincing. Because she was, like, what? female? Didn’t get it. And while I like Christian Kane (Leverage), who was the most interesting of the three Librarian candidates sucked into Flynn’s world, he wore these odd, metrosexual, irritating scarves. Ok, that’s nitpicky, but it was distracting. But! Despite all of that, there’s something charming, and fun about the show, and I was willing to give it another shot. 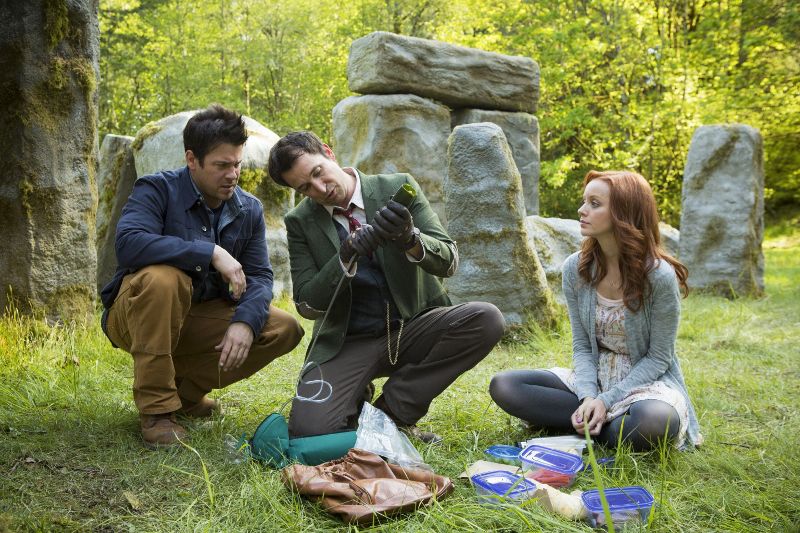 The Library’s job is to prevent unrestricted magic from getting out into the real world. In the premiere, The Serpent Brotherhood (headed by the always odd Matt Frewer) was searching for King Arthur’s crown, which is actually a regulator of the magic that has been rounded up and restrained. The elegant library, under attack by the Brotherhood, is detached from normal time and space by the Library’s caretaker Charlene (Jane Curtin). Only three former Librarian candidates are still alive – the Brotherhood has been killing potential Librarians to gain control of the the institute’s secrets, and just these oddballs – oil rig worker/art historian Jacob Stone (Kane), math and science whiz and brain-tumor sufferer Cassandra Cillian (Lindy Booth) and master thief Ezekiel Jones (John Kim) have to take over the Library, as unprepared as their new Guardian Eve Baird (Romijn) thinks they may be. They’re grumpily guided – if that can be the right word – by Jenkins (John Laroquette), the caretaker of the Library’s Annex, which should be in Portland, OR, but sort of isn’t. 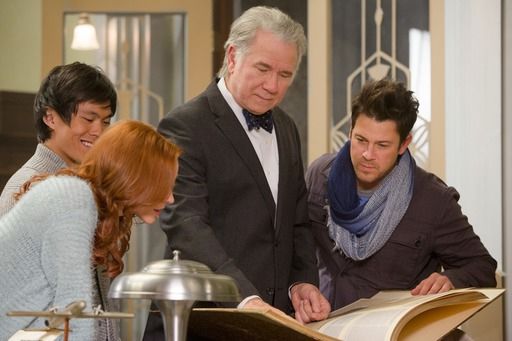 In this week’s episode, the magic that The Brotherhood released into the world is beginning to have an impact – The Librarians discover that there are eight people missing in Boston, and try to figure out what’s going on. All eight were interns at Golden X, a global food company, and the group quickly discovers that the company is sacrificing interns to the Minotaur in the Labyrinth. Somehow, she knows of the Library’s existence, and that there’s only supposed to be one Librarian. The Minotaur is first seen as a company employee in a really cheesy bull costume, but is revealed to be a very large, inarticulate biker dude. The baby Librarians have to figure out how to detach the Labyrinth from reality. They find the giant ball of thread that Perseus used to wind his way through the maze in the myth – with that, they’re able to end the company’s reign of terror, “thousands of years” of human sacrifice – according to the company’s CEO. 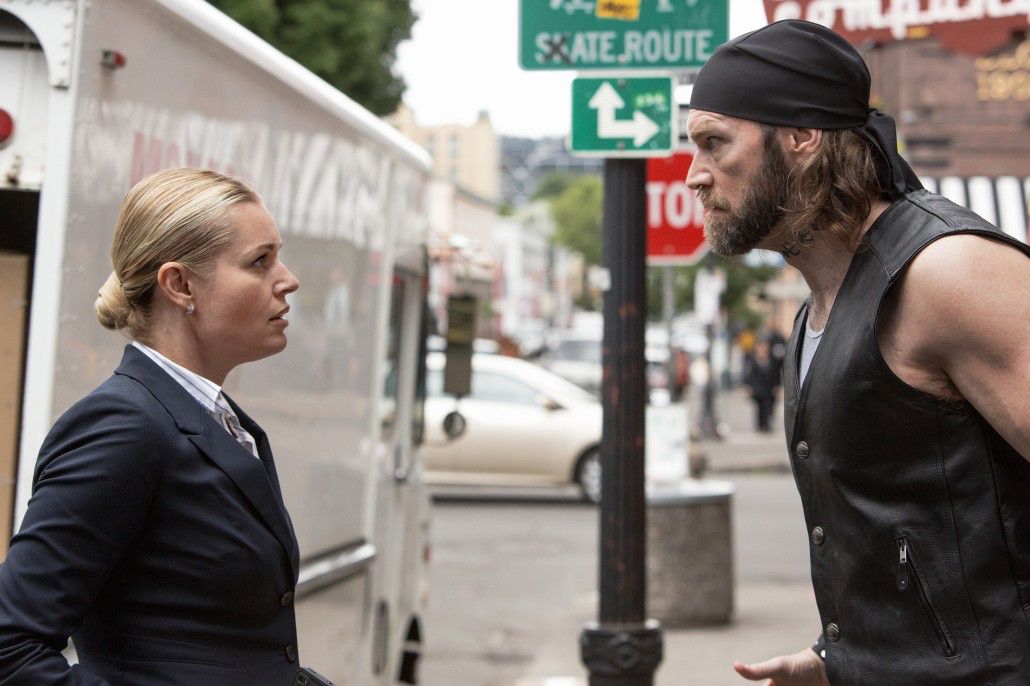 The show’s special effects are on the cheesy side, but Laroquette as Jenkins is his usual wry, funny self; Cassandra, having once betrayed the Library and now fighting to get back in her group’s good graces, is a gamine, sweet character; and the revelation of some of Stone’s secrets have the potential to make this show more than just fighting the magic item of week (which is a problem I’m having with Constantine at the moment, although that’s getting better). The Librarians is cute, light, and fun. There are seven episodes left in this season – will The Library come back? Where really is Judson (Bob Newhart), Flynn Carsen’s mirror-bound mentor? And Charlene – did she disappear with The Library? Will Rebecca Romijn learn to fight a little better, so that Eve Baird looks a little more convincing? The answers to these questions – and more – will be revealed!