I’m wondering why the Regents from Warehouse 13 don’t talk to the Librarians and merge the two operations – why are we paying twice to store the world’s empowered items? Following three movies featuring Noah Wyle, the new series The Librarians debuts this coming Sunday, Nov. 7 on TNT with a two-episode outing. This season will have 10 episodes. Here’s a first look:

TNT is returning to the world of its hit movie franchise The Librarian with a brand new series. Rebecca Romijn (X-Men), Christian Kane (TNT’s Leverage, Angel), Lindy Booth (Dawn of the Dead, The Philanthropist) and John Kim (Neighbors, The Pacific) star in the series as the newest protectors of the world’s mystical treasures, with Emmy® winner John Larroquette (Night Court, Deception) as their reluctant caretaker. Noah Wyle (Falling Skies, ER) serves as executive producer and recurs as Flynn Carsen, the role he played in TNT’s movie trilogy. Also reprising their roles from the movies will be guest stars Bob Newhart and Jane Curtin.

The Librarians centers on an ancient organization hidden beneath the Metropolitan Public Library dedicated to protecting an unknowing world from the secret, magical reality hidden all around. This group solves impossible mysteries, fights supernatural threats and recovers powerful artifacts from around the world. Among the artifacts housed in the Library are the Ark of the Covenant, the Spear of Destiny, the Judas Chalice and Excalibur, to name a few. Only a person with special skills could be responsible for collecting and protecting these artifacts, and more importantly, for preventing them from falling into the wrong hands. 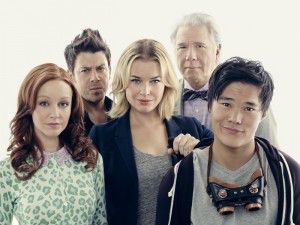 For the past 10 years, Flynn Carsen (Wyle) has served as the Librarian. Prior to taking the job, he was a bookish nerd with 22 academic degrees and absolutely no social skills. As Librarian, however, he managed to use his extraordinary knowledge, successfully recovering ancient artifacts and, in the process, saving the world from unspeakable evil on more than one occasion. Over the last decade he’s gone from bookworm to dashing swashbuckler, one of the secret heroes of the hidden world.

As great as Flynn is, the job of Librarian has become more than one person can handle. To aid him in his duties, the Library has recruited four people from around the world to defend the Library from dark magic, including Eve Baird (Romijn), a highly skilled counter-terrorism agent who is responsible for protecting the group and keeping them all alive; Jacob Stone (Kane), an Oklahoma oil worker with an IQ of 190 and an encyclopedic knowledge of art history; Cassandra Cillian (Booth), a quirky young woman with the special gift of auditory and sensory hallucinations linked to memory retrieval, known as synesthesia; and Ezekiel Jones (Kim), a master of new technologies and aficionado of old classic crimes who enjoys playing the role of international man of mystery who has sticky fingers. 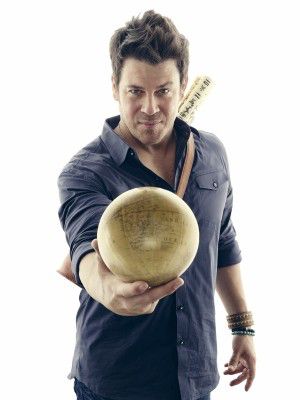 Overseeing the new team of Librarians is the somewhat cantankerous Jenkins (Larroquette), an expert in ancient lore who has been working out of the Library’s branch office for longer than anyone knows. Together, they must tangle with many adversaries, chief of whom is the Serpent Brotherhood, an ancient cult led by the mysterious immortal Dulaque (Matt Frewer).

Want to catch up on the films before the new series debuts? TNT will run all three Librarian movies (The Quest for the Spear, Return to King Solomon’s Mines, and Curse of the Judas Chalice) beginning at 10 am eastern/11 am central on Sunday, Nov. 7, leading up to the premiere of the series.