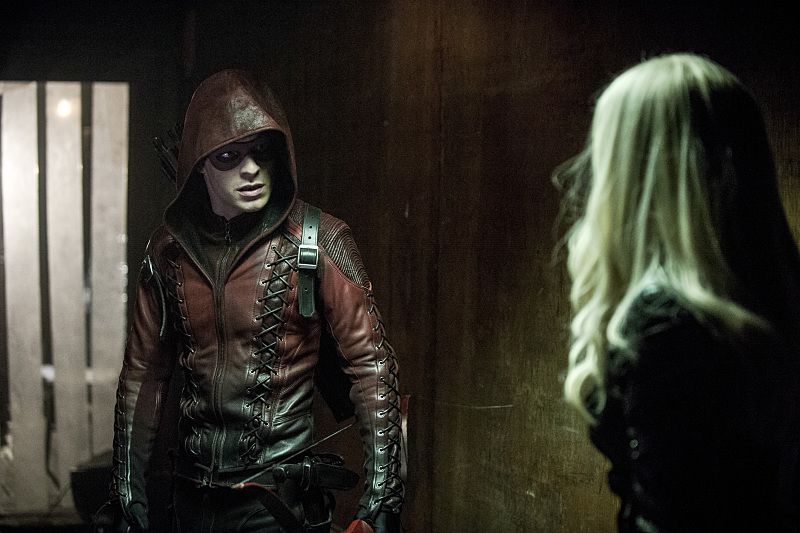 The latest episode of Arrow continues to answer the question, “What would the vigiliante scene in Starling be like without the Arrow?” It started last week and is explored further in “Midnight City,” although this time the supporting cast is more resolute in their choices and responses to their grief.

Oliver, on the other hand, has only just woken up from his “death.” No revelation of how he was saved yet (and considering the stab wound, his fall, and however long it took to drag him to that secluded house, it’s a bit hard to believe any method could save him). For now, he has to heal, even though Maseo insinuates that his city desperately needs him. 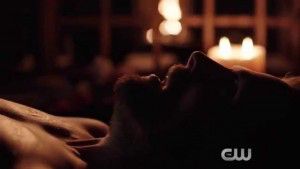 While Oliver’s away (and dreaming about Felicity) the rest of Team Arrow will play try to keep the city from falling apart. Felicity may be out of hero work for a little while, but Laurel is all in as the new vigilante on the block—much to Roy and Diggle’s displeasure. Her decision to take up Sara’s role as the Canary is fueled heavily by the fact that Starling’s criminals have a healthy fear of Sara as the Canary, and Laurel plans to do her best to make those bad guys think her ass-kicking sister is still around.

Laurel’s struggles are portrayed well in this episode and make her vigilante debut much more believable. We all know she has very little training in crime fighting (as Roy justifiably points out), so it makes sense that she will have her share of problems. Despite Roy and Diggle’s pleas that she stay off the streets, Laurel continues the crime-fighting work that Sara started. But what she didn’t consider is her father’s response to rumors of Sara being back in Starling City.

As soon as he hears the news, Quentin Lance asks both Laurel and Felicity about Sara. And who can blame him? He thinks she’s still alive and hasn’t talked to him in a long time. Of course he wants to contact her. However, it was heartbreaking to watch what Laurel did next. She can’t stand to tell her dad the truth, so she pretends to be Sara.

Talking to Quentin on the phone and in person (from a distance) as Sara was cruel. I understand Laurel’s reasoning, but it’s going to be so much worse when Quentin finds out the truth. The rest of Team Arrow goes along with Laurel’s wishes to keep her father believing she’s actually Sara, but it’s doing tremendous harm to both Laurel and the detective. I will give a bonus point for upping the show’s angst, though. 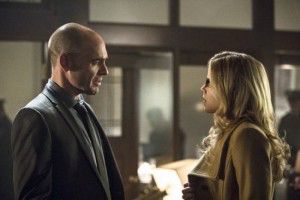 Felicity continues working with Ray at Palmer Tech, and she’s steadfast in her decision to not help him with his A.T.O.M. suit. But trouble follows them everywhere, and soon Brick pays Ray, Felicity, and the mayor a visit—a violent visit. He’s on the warpath and has a clear end goal: once he drives all of the police out of The Glades, the district will be his. With a lot on the line, the vigilantes suit up—Laurel included—to rescue the kidnapped aldermen and stop Brick.

Something else I thought this episode did particularly well was juxtapose Laurel and Felicity’s motivations. Felicity quit because Oliver died, and Laurel suited up because Sara died. Then, after a particularly difficult failure, Laurel was ready to never put on her mask again. But Felicity comes along and convinces Laurel that, just maybe, they should fight bad guys not because of the people they lost, but because there are people still alive that are worth fighting for.

These two women, very different women, found a way back to their purpose through each other. Felicity and Laurel unite in that scene, and return to the Arrow Cave like phoenixes risen from the ashes. They return to do what they believe will help save their home and their loved ones who still live.

As a side note, I really laughed at the scene where Felicity goes to ask Ray for the keys to his helicopter! 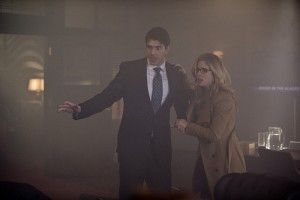 Ray: Helicopters don’t have keys! Felicity: Um, yeah they do. They totally do.

Stepping away from Team Arrow, let’s talk about Malcolm Merlyn and Thea. Malcolm demands that Thea leave the city with him, and Thea resists every time. Even when Malcolm finally tells her why they are in danger, Thea is adamant that Ra’s should be afraid of them, not the other way around. And Malcolm gives in. I agrees to stay in Starling, but the way he gave in so easily . . . I don’t trust it. This will surely relate to the next episode when we find out more about his past, but in any case, I believe he has yet another secret plan.

Speaking of secret plans—Verdant’s new DJ, Chase, is a ninja spy who seems to be more interested in Malcolm than Thea. I’ll admit, I did not see that coming, but it does clear up the reason why the show introduced a seemingly pointless new character. Time will tell how he fits into the ongoing storyline with the League of Assassins. 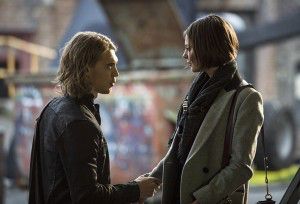 Now seems like a good time to address Maseo and Tatsu. The brief flashback scenes help solidify the idea that something big happened between these two to break the bond they used to have. It’s clear that, though married, they haven’t been in contact much recently. It seems that Maseo’s new identity as Sarab is meant to be a direct comparison to Oliver’s own identity crisis. Whatever happened to Maseo in the past five years, it did not change him for the better. This plays into the ongoing arc of Oliver Queen versus the Arrow. If Oliver lets himself be consumed by the Arrow, he will become someone like Sarab.

The emotional build up with Maseo and Tatsu resonated strongly with me, and it was painfully intense to watch how much they’ve struggled. Maseo’s continued loyalty to the League of Assassins is perplexing, but understandable considering whatever happened to him in the past. Now, with no way to hide Oliver’s survival, Maseo will return to the League and Oliver will return to Starling. 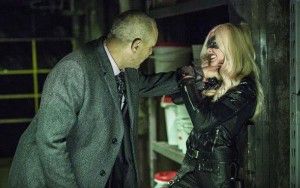 Arrow writers holding the fans like: “Haha, I have you in an emotional chokehold!”

Verdict: I give this episode 9 out of 10. It was a strong episode that highlighted all of the supporting characters and let them shine in their own right. By the end of the episode, Team Arrow is functioning kind of well without Oliver, but Starling itself isn’t. Despite its strengths, the episode still wasn’t perfect. Laurel pretending to be Sara was dramatic and angsty, but it was cruel for the show to stoop to such a level. Plus, it was somewhat unbelievable that Lance was fooled so easily.

Also, for all the good build up it brought, “Midnight City” felt a bit like a filler episode. I think it felt that way because Oliver hasn’t been gone long enough for it to not feel like the show is just biding its time before the big hero comes back. Having Oliver be gone for only a couple episodes, though logical for a show named after him, doesn’t have as much impact as having him be gone for a longer period of time.

Regardless, it was still a well-done episode and I look forward to seeing what comes next. What did you think of “Midnight City?” Share your thoughts in the comments. 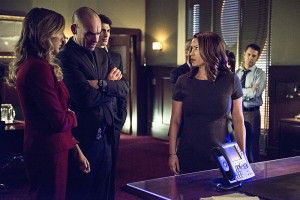 Everyone’s thinking: We really need the Arrow for this sh**.