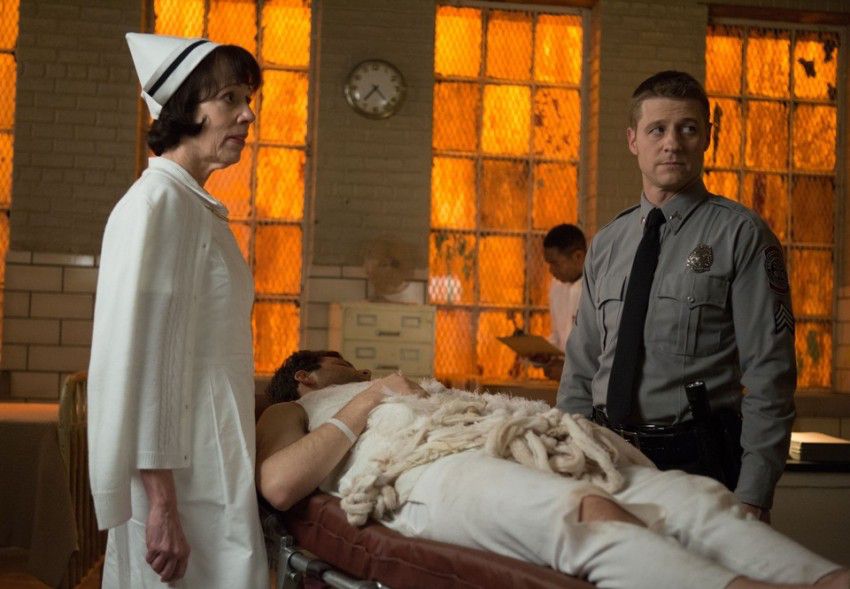 Gotham returns this week with a riveting new episode called Rogues’ Gallery. After a holiday hiatus, this eleventh episode focuses heavily on Arkham Asylum, where Jim Gordon is serving as a guard after his demotion. He’s not having an easy time there, which is to be expected. Let’s start with the new characters introduced in this episode. One is the asylum director, Dr. Lang, who the show tries to portray as a hardened, stressed out man with no patience, but he comes across as someone with a vendetta against Jim Gordon for no other reason than he’s an easy target. Another notable new character is the women’s ward doctor, Leslie Tompkins, who comes in to treat one of the patients who gets injured during a unexpected brawl (at an awful stage play, no less). Third notable is Nurse Dorothy, a nervous woman with a few secrets to hide (more on her later). Fourth new character is Jack Gruber, and he . . .well, we’ll get to him.

Things at Arkham start to really escalate when an patient (or inmate, really) who’s called Frogman is found brain dead, the victim of extreme electroshock therapy. Since he’s being blamed for everything, and he can’t really let a “murder” go unsolved, Gordon has to get to the bottom of who is behind it.

Jim Gordon continues to be a stubborn, unwavering good guy. This episode shows us that he’s still determined to make Gotham a better place, in whatever way he can. True to his “don’t give up without a fight” mentality, he defies the director and involves the GCPD in the investigation of the electroshock incident. Luckily for the viewers, this leads to an enjoyable scene of Gordon and Bullock being reunited. 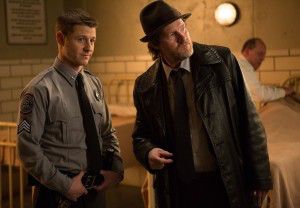 The dream team is back! Gordon even got a smooch from Bullock.

Unlike some of its predecessors, this Gotham episode holds together and feels like a pretty strong, cohesive unit (with one or two exceptions). Putting the focus on the mystery at Arkham was a smart move, especially since it’s where the great guest stars show up, and it also establishes Jack Gruber (AKA the Electrocutioner) as the villain for future episodes. As usual for Gotham, this episode was not perfect, but I enjoyed watching it enough to overlook it’s faults.

As the electroshock investigation continued, I had my suspicions of another new character, Nurse Dorothy. But I have to give Gotham its credit, I was fooled by the big twist involving Gruber. It’s revealed that, like Frogman, the nurse was one of Gruber “experiments,” which basically means he was using electroshock to brainwash people into doing whatever he wanted them to do. Dorothy was one of his successes, just like the big man he orders to kill Director Lang. I admit, I was sorry for the loss of the director, but when Gruber left that evil, gloating note for Gordon, it was such a nice touch to close out that storyline . . . for now. 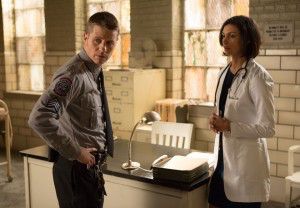 Gordon is getting real tired of this crap.

Since we can’t ignore the ongoing mob feud, this episode also presents some Penguin and Fish Mooney goodness. Penguin continues to steal the spotlight in every scene, and yet Fish felt rather stagnant. Granted, she didn’t have a lot of screen time, but her ongoing talk of gaining power is starting to sound like a record stuck on repeat. However, her lackluster appearance in this episode was redeemed by Butch, her right-hand man. In a testament to his allegiance he killed a childhood friend so that Fish could be one step closer to taking over from Falcone.

We’re also given a subplot all about Penguin’s ambition going to his head. When Maroni gets Penguin arrested for trying to raise taxes on fisherman, the viewer is given a fresh taste of mob law. Their confrontation at the police station is brilliantly done, with Maroni explaining hubris to Penguin before he finally lets him out. He assures Penguin: “You’re a smart monkey, but you’re a monkey. And I’m the zookeeper.” However, I don’t think Penguin is a monkey at all. I won’t count him out of the grand scheme anytime soon, and from the look he gave Maroni, I think he will eventually get his revenge. 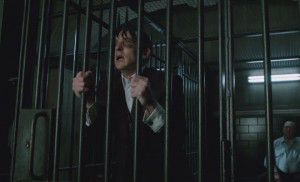 “Have you ever heard of hubris?” – Maroni to Penguin

The other subplot, small as it is, involves Cat, Ivy, and Barbara. The lovely Gotham ladies find themselves in a strange love triangle, and it all comes back to Gordon. First, Cat finds Ivy out on the street, nearly coughing up her own lung while she “rests” in a wet cardboard box. Cat convinces her to rest someplace that isn’t infested with rats–Jim Gordon’s apartment. While Gordon’s away, the girls will play.

This goes doubly for Barbara, who is still deep in her affair. But this episode has her pining for jim, and when she calls him, Ivy answers instead. Mistaking the girl for Gordon’s new lover, Barbara gets upset. And yet, I can’t bring myself to care. Barbara continues to be an unlikable character, and with the way she’s been cheating on him, I have no sympathy for her emotional response to Gordon moving on (even if he really hasn’t). 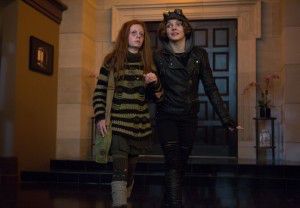 Verdict: I give this episode 8 out of 10. Once again, it was a decent episode. But I docked some points for the over-the-top way Director Lang picked on Gordon and how this episode used the ridiculous plot line of Barbara calling Jim’s place and Ivy playing a trick on her. It was great to see an episode solidly focused on Arkham and to have the twist with Gruber, though. Despite it’s faults, Gotham is looking to have a strong second half of it’s first season. Just like how Gruber said it was a new beginning, so too does the show get a new beginning after its break.