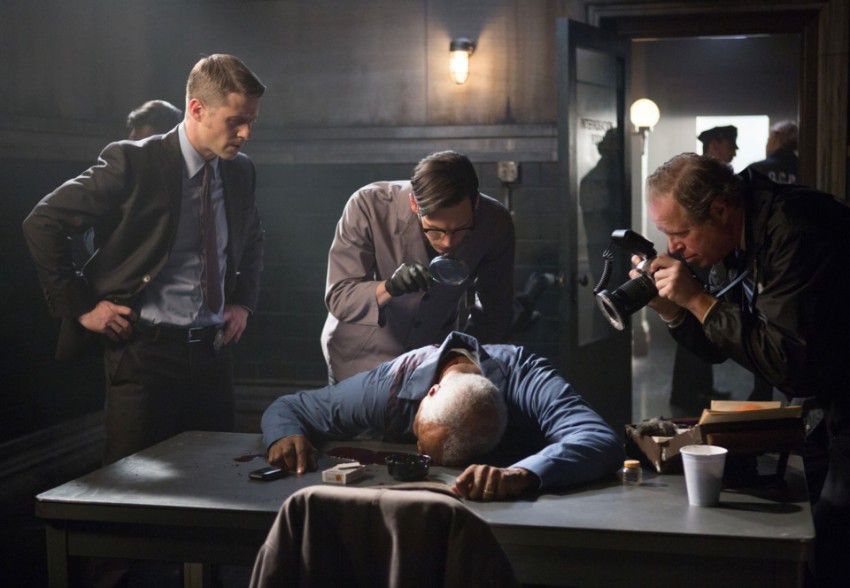 This week’s episode of Gotham marked the return of Jim Gordon as an official badge-carrying detective (even though he did an awful lot of detective work as an Arkham Asylum guard). Personally, I thought it was a poor choice to not spend more than a couple episodes on Gordon’s time at the asylum. I had hoped for more exploration of life at Arkham, but anyway, we’re back on the mean streets of Gotham. Rather, the mean confession rooms of the GCPD.

When Mr. Winkler, a janitor, is brought into the police station to help the detectives with their newest case, he’s murdered in their own house. Gordon, as predicted, refuses to let the case rest when it’s ruled as suicide. Now, I know GCPD is still full of crooked cops, but it’s hard to believe that this crime would so easily be dismissed as suicide. But it does offer a good excuse for Gordon to get uppity and root out the cop that is responsible.

And so begins the parade of “been there, done that” plot points. Gotham seems to be a big fan of having the captain repeatedly tell Jim that he shouldn’t get involved, and then Jim completely ignoring that advice. Inevitably, Captain Essen will then support Gordon’s actions at the last minute just because he’s got conviction. We also see the return of every other cop hating on Gordon except Bullock and (I suppose) the captain.

But the big finish of this parade was nice and fresh when a guy on the street comes rushing up to Gordon, begging him to spare his family and basically treating Gordon like a mob boss. Why? Because Jim’s made a deal with the Devil I mean, Penguin. He may have come out as the shining hero for proving Flass’ guilt, but he definitely isn’t as clean as he wants to be. 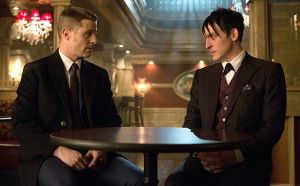 Mr. Penguin Cobblepot got a lot of focus this episode in the wake of last episode, in which he ratted out Fish’s scheme to Falcone. He’s now being treated like a top dog and reaping the benefits. He brings his mother to his glamorous new club–which also happens to be Fish’s old club–to show her a good time with drinks, dancing, and a private band. I always appreciate Penguin’s performance, even if he drunken stupor scene, meant to show him being drunk on power, wasn’t really needed. He continues to shine, though, and his acting (especially in scenes with Fish) is admirable.

Penguin also gets some important visitors while he’s at the club. First, there’s Jim Gordon. He walks in to ask for a favor, and it all seems good enough. Penguin even ensures Jim that they’re friends, so he’ll help get info on the crooked cop. But, as we saw in the later scene, Gordon’s deal making is starting to turn him into one of the scumbags of Gotham that he so resents. I’m certainly interested to see where this development will lead and how it will affect Gordon in the future.

Penguin’s other important visitor is none other than Fish Mooney. Think they’re happy to see each other? After a wonderful scene of back and forth verbal dueling, a shootout comes along. Long story short, Butch gets caught and Mooney gets away. And while we’re on Fish, let’s discuss her interrogation/torture scene. What started as posturing seemed to be leading toward some grand plan that Fish would use to escape and exact her revenge, not only on Penguin, but also on her torturer. As it turns out, her plan was to just let Butch burst in and save her. I was hoping for more than an easy getaway, but it does serve the purpose of setting her loose. 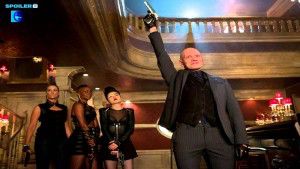 After her big scene with Penguin, we see her again with—gasp—Harvey Bullock. I’ll admit, I didn’t see that coming. I know Bullock had history with Fish, but not the smooching kind. Now that Bullock’s got an extra sweet spot for Fish, it makes me wonder how that will play out later considering his partnership with Gordon.

The other focus of this episode, though to a much smaller degree, was the return of Bruce Wayne. With him, we also see more of Alfred, Ivy, and Cat. Though small, the scenes with these four were enjoyable. Alfred’s obvious dislike and distrust of the “street urchin” girls is unwavering, and we see a touching moment toward the end where Bruce is crying over Cat and Alfred comes in to basically tell him ‘she’s not worth crying about, Master Bruce, so pull yourself together.’ And he does.

Cat’s relationship with Bruce has been a back and forth from the start, but she stoops to a new low tonight in telling Bruce that she didn’t see the face of the Waynes’ murderer. Whether her words were truthful or not, Cat resorted to the ‘push him away’ logic when Bruce suggests that his manor is a much better home for her than the streets. Since I have a soft spot for these two, it was an emotionally tough scene to watch. But it did seem to stoke the fire of Bruce’s determination to solve his parents’ case. 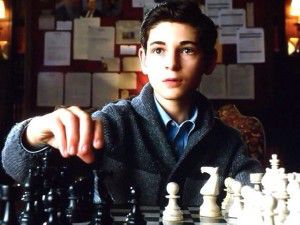 And of course, I can’t forget the other subplot of Ed Nygma. Though he continues to have small snippets of storyline, Ed’s endless riddles and torturous relationship with Kristen Kringle continue to entertain. This episode supports my suspicion that he will eventually to driven to the criminal life by a police station full of people who think of him as a freak or weirdo. Despite this, Ed is convinced there’s still hope when Kristen extends a olive branch, insisting that she actually thought his letter was nice. Plus, his surgical removal of onions from his dinner was highly amusing.

So what’s the verdict? I give this episode 7 out of 10. A lot of the scenes in this episode were wobbly, alternating between enjoyable and disappointing. A lot of the scenes were also “filler.” The repetitive tropes with Gordon were lame, Mooney’s big torture scene was a let down, and, although I love Robin Lord Taylor’s performance, some of Penguin’s scenes at the lounge were unnecessary. But there were a few enjoyable and surprising moments, too. Gotham, for all its faults, is still a riveting show and makes me want to continue watching. Do you feel the same? Share your thoughts in the comments! 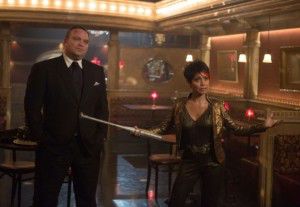